Nearly every stock market around the globe has done well in 2012, with the DAX leading the western world pack at +17.3%, and the FTSE at the bottom with just +6.1% (YTD). (Also shown are China and India) 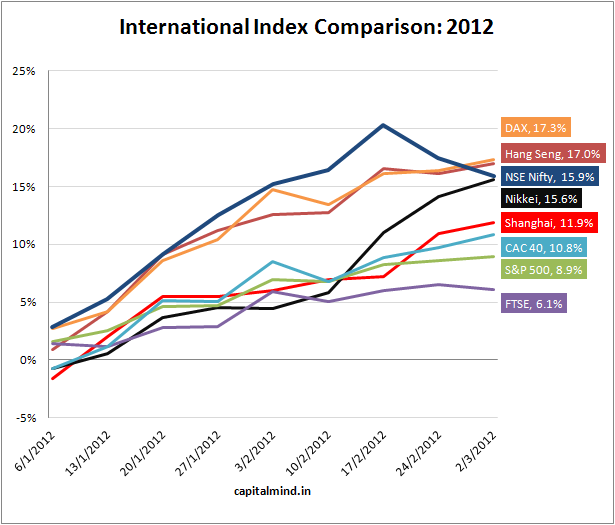 The Indian NSE Nifty Index did fairly well in comparison until the end of February, falling just below the Hang Seng and DAX. The Nifty was the worst performer of the lot in 2011, falling 24% in a year when every index fell. The US S&P 500 (SPY) has lagged world indexes after a 2011 that was flat and in a relative sense, an outperformer. 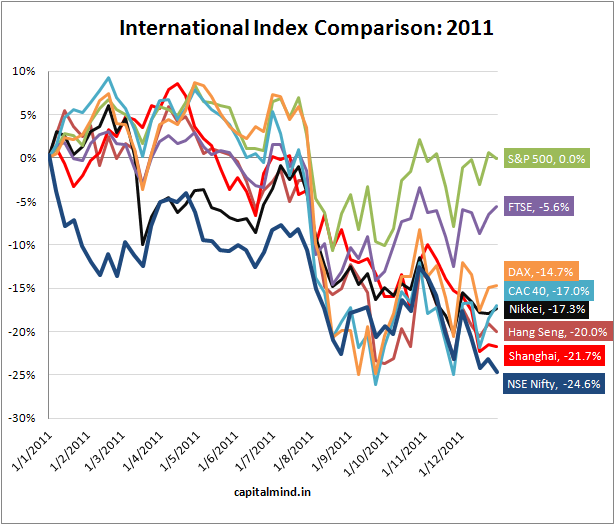 One of the reasons often mentioned for the fantastic 2012 showing is that liquidity is plentiful with Europe's central bank accepting just about anything as collateral and providing unlimited funding.

Among BRIC countries, though, Russia has done extremely well, going up over 24% in the first two months of the year. 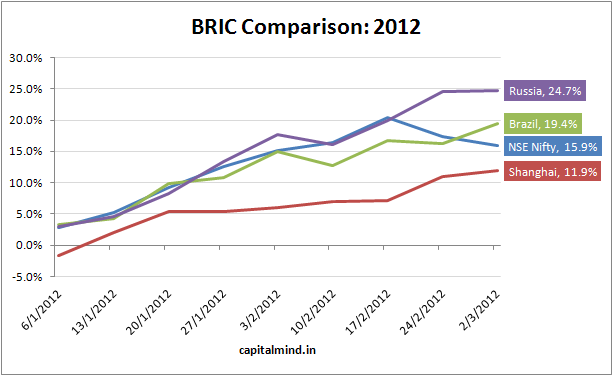 What India has seen has been:

Alongside, India has other issues that currently take the limelight:

Other BRIC countries look good in comparison, apart from the Shanghai Index. China is a much larger economy than India, and Brazil, and Russia, are strong in commodities. India's internal problems continue to plague it. The momentum of strong inflows in 2012 and the lack of a deep crisis in Europe have kept Indian stocks flying, but to sustain it for the rest of the year (and indeed the next decade) the NSE Nifty will need more than pure luck.

Disclosure: I am short the Nifty index through options in Indian markets

Deepak Shenoy
7 Followers
Co-founder, Capital Mind www.capitalmind.in Capital Mind is the source for information on Indian markets, macroeconomics and trading analysis. In our premium subscription we provide detailed research on stocks, bonds and derivatives apart from deep analysis of the Indian economy.
Follow