As you read this piece, the 2017 Brazilian Coffee "flowering" seems to have come off without a hitch. With a potentially record Brazilian crop now growing on trees, and 2nd largest global producer Vietnam beginning harvest of its near record crop this month, call sellers in coffee could have a cash generating asset for the next 6 months or more. 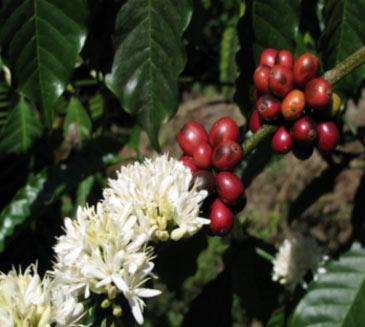 Flowering season is the time in the Brazilian Spring when coffee trees well, flower. These flowers then drop off leaving behind a "cherry." The cherry is simply the bud of a coffee bean. Thus, the more flowers, the more cherries. The more cherries, the more coffee.

Flowering is the most vulnerable time for the upcoming coffee crop and its successful conclusion brings a sigh of relief to producers.

This year, there were the usual scattered rumblings of dry weather in Brazilian growing regions. The market mostly discounted the talk - not because it wasn't dry but because September is often a dry month in Brazil. But wetter weather in October, especially in heavy coffee producing regions such as Minas Gerais and Espirito Santo, has mitigated those concerns.Rainfall in these regions totaled 76% above average for the second week in October. These two regions account for nearly75% of all Brazilian coffee production. 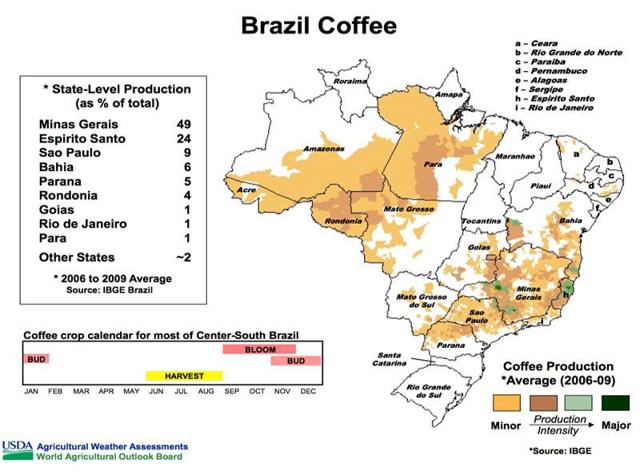 All Rain is Not Created Equal. "Dry" weather reports from central Brazil don't matter to coffee prices - as long as it rains in the major growing regions.

What does all of this mean for price? Historically, the coffee market has tended to build a weather premium into prices during flowering season. This typically occurs as trader anxiety over flowering keeps the market supported (although this effect was somewhat muted in 2017 - perhaps over talk of record production).

Once flowering is complete and the upcoming crop can begin to be measured,this anxiety tends to come out of the market. This has historically pressured coffee prices as is evidenced in the seasonal chart below. 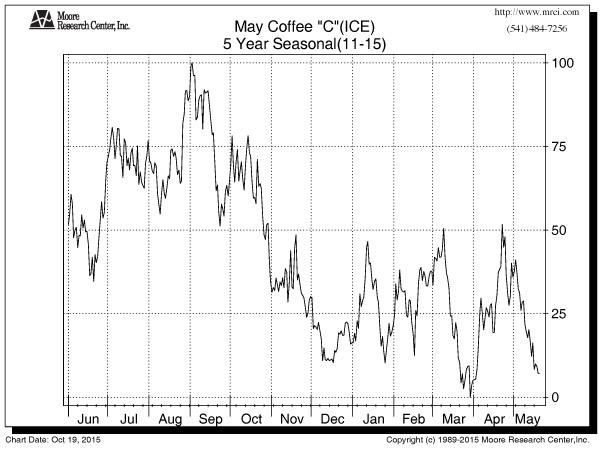 Coffee prices have tended to decline after Brazilian flowering season.

As the world's top producer of coffee by far, Brazil must be the focus of any serious coffee trader.

Thus, the size of upcoming coffee crops can have an outsized impact on price.

With projected mammoth harvests in both Vietnam and Brazil and a strong seasonal tendency for lower prices into northern hemisphere spring, we feel the least likely scenario is a sustained rally higher. 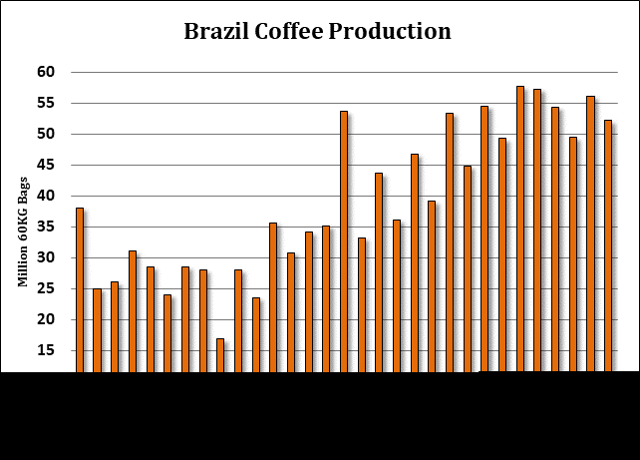 September dryness kept official estimates for the 2017/18 Brazilian Coffee crop at 53 million bags. However, timely rains during October flowering will almost surely increase that estimate. Some estimates peg the upcoming crop as high as 65 million bags of coffee - which would shatter the current production record.

Official estimates peg the 2017/18 Brazilian crop at53 million bags. But those estimates are not reflective of October rains - which likely boosted flowering substantially.

While growing season weather will play a role, it now seems likely that2017/18 Brazilian coffee production will set a record. October rains have traders once again talking about a monster crop in Brazil with private estimates ranging from55 to a whopping 65 million bag crop.

On the other side of the world, Vietnam, the world's 2nd largest coffee producer, begins its annual coffee harvest in November. Harvest pressure from this country has historically played a role in price (helping to accelerate the previously mentioned seasonal tendency) as new Vietnamese inventory floods supply channels into year's end.

The 2017/18 Vietnamese crop is no slouch either. At 28 million bags, Vietnamese production will be the3rd highest on record. 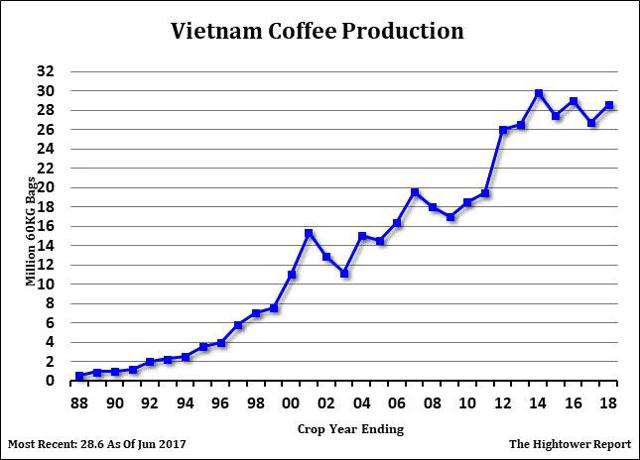 At 28 million bags, 2017/18 Vietnamese coffee production will be the 3rd highest on record.

We are not in the business of predicting what commodities prices will do. You don't have to either. As an option seller, you only have to get a rough idea of what prices are NOT going to do.

With projected mammoth harvests in both Vietnam and Brazil and a strong seasonal tendency for lower prices into northern hemisphere spring, we feel the least likely scenario is a sustained rally higher.

Prices are technically oversold so a bounce this month or next is not out of the question. However, those rallies should be limited. Fundamentally based investors should consider any such rally an opportunity for writing deep out of the money call options above the market.

We will be working closely with managed portfolios in a variety of strategies designed to capitalize on the coffee market this month.

Aggressive self directed traders can consider selling theMay 1.80 calls for premiums of $400-$500 each. Margin requirement per option is approximately $1,250. Thus, a worthless expiration would result in an ROI of 32%-40% return in about 5 months.*

(*Minus any transaction costs. May coffee options expire in early April.) 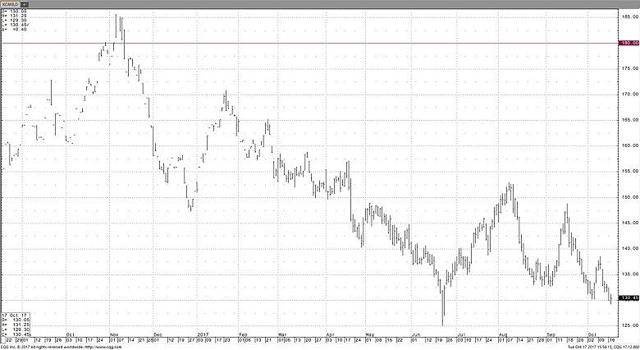 More conservative investors can look for limited rallies in November as opportunities for selling higher strikes - potentially at the 2.00 level or above.

With both Freeze and Flowering season now behind the 2017/18 coffee crop, the primary threats to yield are out of the way. The market now sets its sights on pricing the crop. If Brazilian production comes in anywhere near private estimates, selling calls could be a cash cow for investors well into 2018.