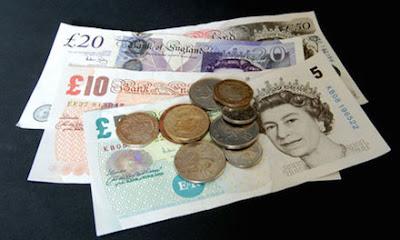 The US dollar is trading with a lower bias against most of the major and emerging market currencies. The upside surprise in Sweden's inflation has helped the krona recover from its recent slide. It is the strongest of the majors, gaining 1.1% against the dollar and nearly as much against the euro, which is in a third of a cent range below $1.18.

Sweden's CPI rose 0.2% for a 1.9% year-over-year rate. Economists had mostly expected a 1.7% rate. The underlying rate, which uses fixed rate mortgages rose 0.2% for a 2.0% year-over-year pace from 1.8%. It is the first increase since July. Sweden's underlying rate rose 1.9% last year. Yesterday, the euro closed at SEK10.03, the highest for the year, but today is testing SEK9.90. A close below SEK9.92 today could see another 1% move in the coming days.

The Norwegian krone is recovering seemingly in sympathy after yesterday's softer than expected CPI report. There is some nervousness ahead of the central bank meeting on Thursday. The weakness of the krone may prompt officials to raise the expected path of rates.

Still, it is the UK that is the main talking point today. There are three issues. First, the shuttering of the Forties Pipeline for emergency repairs is disrupting the oil market. It is a very important pipeline for the UK and for the setting of the benchmark. The price of Brent jumped 2% yesterday and is up 0.8% today as it pushed through $65 a barrel. WTI for January delivery is advancing, but at half the pace as Brent. It was up 1.1% yesterday and is up 0.45% today. It is approaching the year's high seen last month just above $59.00.

Second, the UK reported greater price pressures. CPI rose 0.3% rather than the 0.2% widely expected. This lifted the year-over-year rate to 3.1%. Breaching the 3% level requires BOE Governor Carney to write a letter to explain the more than 1% overshoot. Some observers seem to exaggerate the significance of the letter. We do not attach policy significance to it. Nor do we think it changes the outlook for this week's MPC meeting. Moreover, the core rate was unchanged at 2.7% and CPIH (which includes a function for ownership equivalent housing costs) was unchanged at 2.8%.

Third is Brexit. Trade Secretary Fox said that the UK wanted trade agreement "virtually identical" to what they have now. He dismissed the EU suggestion that if the UK chooses to leave the single market, a Canada-like agreement is the most that it can reasonably expect as bluster. This is what the UK officials have argued repeatedly in recent months, the negotiations have remained stuck in stage one (the divorce) longer than anticipated. Next week, the UK cabinet will hold its first meeting to discuss a new trade agreement.

Meanwhile, the debate over what "regulatory equivalence" continues among cabinet officials. There can be no mistake about it: The fissures in the Tory Party over Brexit remain profound and this will hamper negotiations next year as it has this year.

The sterling briefly jumped on the CPI report, but was quickly sold. It was successfully pushed below the 20-day moving average (~$1.3345) for the first time in more than four weeks. Bids may protect the $1.3300 area, though a break could see losses extend toward $1.3200-$1.3220 in the coming days. The sterling is the worst performing of the major currencies, and it could be the third declining day in a row and the fifth in six sessions. Note that there is a GBP428 mln option struck at $1.3350 that expires in NY today.

The German ZEW survey was mixed. The assessment of the current situation rose to 89.3 from 88.8. This is slightly stronger than expected, but the expectations metric slipped to 17.4 from 18.7. We would not want to exaggerate the significance of the decline in the expectations component, which is still above where it finished at the end of Q3 (17.0) and above the six and 12-month moving averages.

Ahead of tomorrow's FOMC meeting and CPI report, the US November PPI will be reported. It is not typically a market mover. The details may help economists fine tune their forecasts for the CPI. There seems to be little doubt among investors that the Fed will indeed hike rates tomorrow, the third hike of the year and the fifth in the cycle. The September forecasts pointed to three more hikes next year. The market is skeptical.

S&P cut Colombia's credit rating one notch to BBB-, which is one step inside investment grade status. The rating agency expressed concern about the fiscal stance, where the tax increase did not generate sufficient revenues. Colombian local currency bonds have been attractive to foreign investors, who have boosted their holdings from 4% in 2012 to 25% recently. The other two main rating agencies see Colombia as a BBB equivalent credit and have stable outlooks.

The Philippine peso was buoyed by Fitch's recent upgrade to BBB from BBB- and a stable outlook, but it sold off today in response to news that its trade deficit set a record in October (~$2.845 mln). It is the weakest of the Asian emerging market currencies, slipping about 0.3%, giving back yesterday's gain. The central bank meets on December 14 and is not expected to hike rates.

Marc Chandler
15.04K Followers
Marc Chandler has been covering the global capital markets in one fashion or another for 25 years, working at economic consulting firms and global investment banks. A prolific writer and speaker he appears regularly on CNBC and has spoken for the Foreign Policy Association. In addition to being quoted in the financial press daily, Chandler has been published in the Financial Times, Foreign Affairs, and the Washington Post. In 2009 Chandler was named a Business Visionary by Forbes. Marc's commentary can be found at his blog (www.marctomarket.com) and twitter www.twitter.com/marcmakingsense
Follow