The EUR/USD pair was so impressed by last Friday’s statistics on the US labor market that it managed to climb from the low it had reached on November 20th. The reports were positive indeed. Of course, there were some nuances, but in general, the statistics were very good.

So, the unemployment rate in the US in November remained unchanged as expected, at 4.1%, the same as the October reading. It’s a very good result, given that a lot of investors had doubts about stability of the indicator. However, after falling in October, the indicator didn’t raise in November, and investors liked this fact. The non-farm employment change was 228K in November, although it was expected to be 198K. The number is a bit weaker than the October one, but it was expected and, therefore, didn’t disappoint anybody.

However, the indicator that describes salary growth rate made investors doubt a bit. The average hourly earnings increased by 0.2% m/m in November, which is better than the month before when it lost 0.1% m/m. Still, the problem is that the indicator was expected to add 0.3% m/m. There hasn’t been stable dynamics in salary growth for a long time: employers are revising salaries rather slowly, because they have to consider domestic demand and global economic outlook. And the market conditions aren’t always suitable for raising salaries.

As a result, November reports on the US labor market are looking quite positive. The US Dollar strengthened, but it will face several other events this week. On December 12th and 13th, the US Federal Reserve is scheduled to have another meeting, where it is expected to raise the key rate for the third time this year. Market expectations predict the increase of 25 basis points and investors are pretty fine with that.

In addition to that, the US will publish reports on retail sales andindustrial production. The European Central Bank also will have a meeting and the Eurozone is planning to report on several macroeconomic indicators as well. So, this week is anticipated to be very busy and intensive for the EUR/USD pair.

From a technical point of view, the H4 chart shows that the EUR/USD pair has tested the support level, rebounded from it, and right now may be forming a new rising impulse. In the mid term, the price may continue falling toward the support level of the projected descending channel at 1.1605. 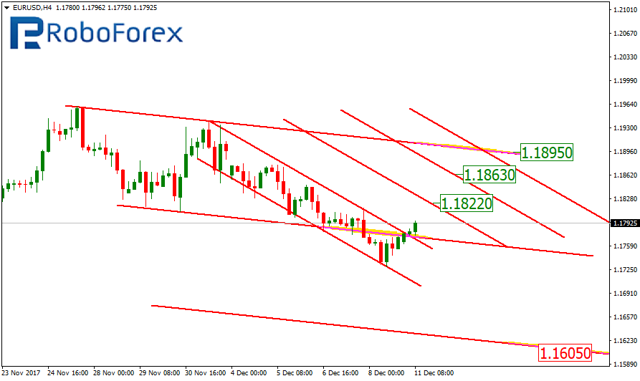 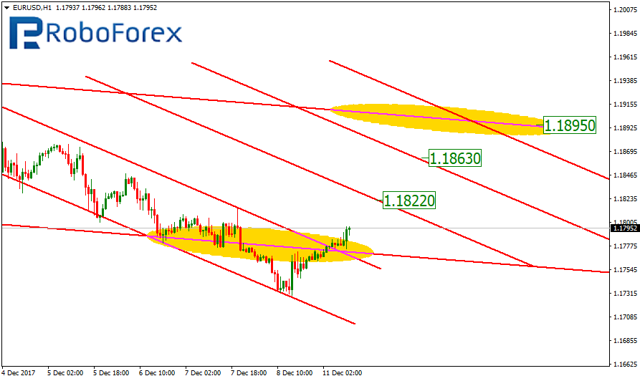 Latest forecasts on EUR/USD and more

Forecasts presented in this section only reflect the author’s private opinion and should not be considered as guidance for trading. RoboForex bears no responsibility for trading results based on trading recommendations described in these analytical reviews.

Dmitriy Gurkovskiy
17 Followers
I have a Masters Degree in Finance from London School of Economics and Political Science, and a Masters Degree in Social Psychology from National Technical University of Ukraine. After receiving postgraduate degree, I began working as the Head of Laboratory of Technical and Fundamental Analysis of Financial Markets at the International Institute of Applied Systems Analysis. The experience and skills I gained helped me to implement my potential as trader analyst and portfolio manager in an investment company. At the moment I'm a financial expert, writing for various financial media sources and hold the position of a Chief Analyst at RoboForex.
Follow