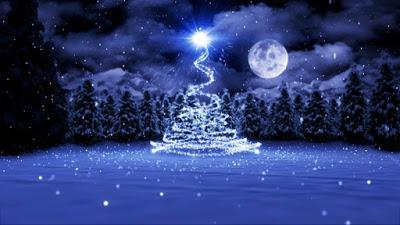 The cross-currency basis swap continues to lurch in the dollar's direction, especially against the euro, and yet the dollar is not drawing much support from it. The increasing cost reflects pressure for the year-end and does not appear to reflect systemic issues. Dollar auction by the ECB and BOJ do not show any strain. The dollar has a downside bias today against most of the major currencies. And what is true of the day is true for the week. Without a recovery in North America today, the dollar index will snap a two-week advance.

Japan's Tankan Survey completes this week's theme of confirmation and strengthening of the synchronized global recovery. The FOMC and ECB lifted 2018 growth forecasts while not signaling a change in the trajectory of monetary policy. The large manufacturers in Japan's Tankan survey saw the diffusion index rise to 25 from 22. It was slightly better than expected and the best in over a decade. Small manufacturers saw the largest improvement (15 from 10). The disappointing large all-industry capex plans (7.4% vs. 7.7% in September) did not offset the broader strength.

The Bank of Japan meets next week. Whatever confusion there may have been over recent remarks by Kuroda has eased. Some thought that Kuroda was beginning to prepare the market for a change in policy, perhaps a higher target for the 10-year yield. He referred to concepts that emphasized that too low of interest rates could deter bank lending and profitability, weakening rather than strengthening the financial system.

However, now, many have come around to our understanding that it placed in its proper context. With a new alignment among the BOJ directors, the challenge does not come from the resistance to Kuroda, but those who want to do even more to achieve the inflation target. The content of refutation has changed.

Meanwhile, the dollar found support at JPY112.00. There is a $1.2 bln option struck there that expires in New York today. There are large options struck every 25 pips to JPY113 that will be cut today.

The euro is consolidating yesterday's sell-off. A margin new low of $1.1765 was recorded in Asia, marking a full cent decline from the initial attempt to rally the euro on the ECB. However, some ideas that the ECB could raise rates as early as H1 19 had to be reconsidered, given the staff forecasts and Draghi's comments. The euro has a firmer tone in the European morning to probe the $1.1800 area. There also are some large euro options set to expire. The DTCC record 2.9 bln euro option struck at $1.18 and more than 500 mln euro struck every quarter cent through $1.1875. On the downside, there is a 764 mln euro option struck at $1.1750 that will be cut today.

Sterling is trading with a heavier bias. Session lows are being recorded in the European morning. The EU Council is now widely expected to signal that the next stage of negotiations can begin next year. The next few months will likely be about the transition period the UK seeks. During that period, the EU will insist nothing changes - that the UK leaves, but it still must adhere to all the EU's rules and financial obligations.

Among these rules are that there can be no new trade deals, and yet, upon exiting, the UK will no longer be part of the EU common market or its trade treaties with others. This is cited as an example of the complexity that is likely even in the discussion of the transition. At the same time, among EU leaders, there seems to be an appreciation of the precarious nature of May's government. As this week's defeat shows, she is being squeezed on all sides. However, if she is toppled, it would slow the process further, and her successor could be from the harder Brexit wing of the Conservatives.

The dollar-bloc is finishing the week with a firm tone. In New Zealand, both monetary policy (new RNBZ chief) and fiscal policy does not look nearly as extreme as some had feared after Sept. election. Bank of Canada's Poloz's comments yesterday were seen as encouraging expectations for another hike next year. We have one penciled in for near mid-2018. Australia's strong employment data overshadowed weakness in retail sales. Note that the weekend election in Sydney could restore Prime Minister Turnbull's majority.

The US reports the Empire State survey and industrial production. The TIC data will be reported at the close of trading. However, yesterday's strong retail sales report boosted forecasts for Q4 GDP, and today's data won't change this. The focus is on the US tax changes as the bill may be finalized later today. As we suggested before, the risk that the reconciliation process undermines the delicate balance struck in the Senate appears higher than many may appreciate.

In South Africa, the ANC will choose a new leader Sunday. Investors clearly prefer Ramaphosa to Dlamini-Zuma. The markets can be expected to respond accordingly. The BJP is expected to carry the election in Modi's home state of Gujarat. Its defeat would weigh on investor sentiment. Lastly, we note that Russia central bank delivered a large than expected cut of 50 bp. The key rate now stands at 7.75%.

Marc Chandler
15.12K Followers
Marc Chandler has been covering the global capital markets in one fashion or another for 25 years, working at economic consulting firms and global investment banks. A prolific writer and speaker he appears regularly on CNBC and has spoken for the Foreign Policy Association. In addition to being quoted in the financial press daily, Chandler has been published in the Financial Times, Foreign Affairs, and the Washington Post. In 2009 Chandler was named a Business Visionary by Forbes. Marc's commentary can be found at his blog (www.marctomarket.com) and twitter www.twitter.com/marcmakingsense
Follow