It has been a tumultuous year marked by natural disasters, geopolitical tensions, and deep political divisions in many countries.

On the economic front, however, 2017 is ending on a high note, with GDP continuing to accelerate over much of the world in the broadest cyclical upswing since the start of the decade.

Here are five charts that help tell the economic story of the past year. 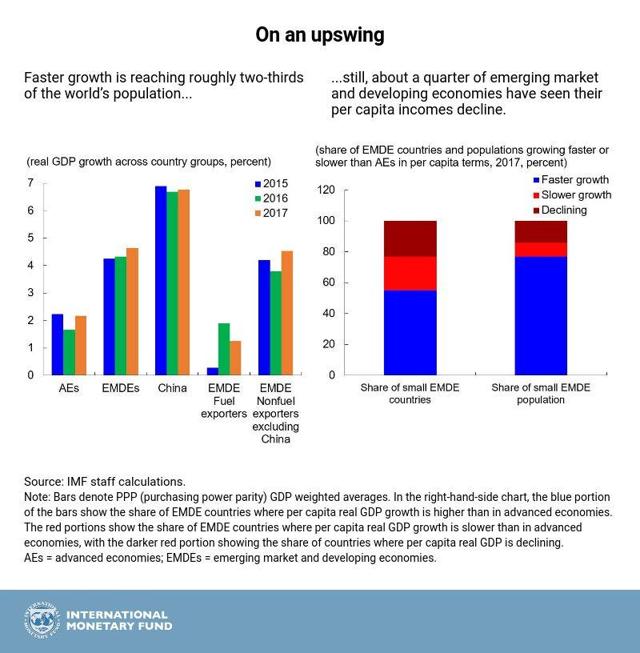 Reveries of an economic sweet spot should not lull policymakers or markets into complacency. Good times are most likely temporary. To ensure a more durable recovery, policymakers must seize the opportunity for reform.

iMFdirect
829 Followers
iMFdirect is the policy blog of the International Monetary Fund. Leading economists and officials of the Fund discuss the IMF’s work and advice on economics and finance at a global and a national level.
Follow
1 Comment