Somethin' grabbed a hold on me... Feel like a ball and chain.

In his recent book, “The Wisdom of Finance: Discovering Humanity in the World of Risk and Return,” Mihir Desai, a professor at Harvard Business School and Harvard Law School, argues to re-humanize finance. He suggests that the humanities and finance have become separately insular. Both disciplines lose from the split. The humanities have lost relevance to workaday issues. Finance has lost its soul to a mathematical black hole.

This article builds upon my last, IEX and LTSE: Exchange Elitism, a discussion of the financial dead end taken by two new exchanges, IEX and LTSE. The message of that earlier article was: exchanges benefit from the inclusion of all legally compliant market participants. And to meaningfully innovate, any financial institution must change financial regulation rather than be bound by it. 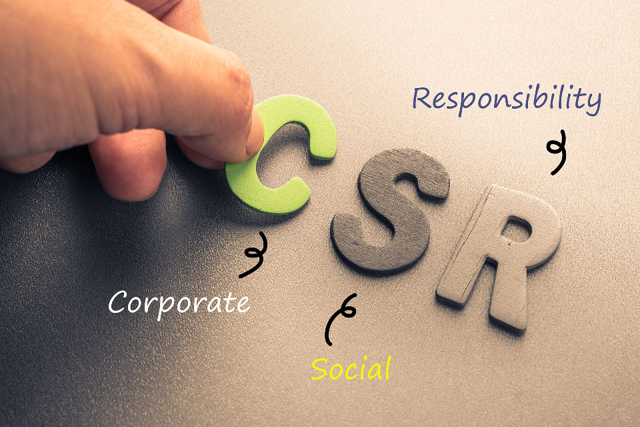 Winners and losers. The most obvious winner from improved market technology is society. The cost of moving real assets, goods, and services would fall with reduced friction in the process of converting savings into investment. At the level of the market, the innovator that introduces the proposed hyper-efficient instruments and trading venues would gain at the expense of the old order.

Our ramshackle existing market structure. The need to reinvent it.

Any important system, including our financial market system, needs regulators. But each system is also ultimately burdened by regulators’ accumulated piecemeal repair of past errors. To clear the path for both market efficiency and intellectual clarity, these earlier makeshift repairs need replacement by a more unified, simplified, system.

These articles, this and the previous, lean on Paul Lavin’s discussion of the conflict between undesirable normalization, which leads to mediocrity through repetition of the once-radical, now-antiquated, past; and desirable radicalism, which continuously breaks old habit, self-regenerating into a new simpler, more unified system. Lavin emphasizes the importance of constant challenge to the existing regulation. Not by breaking rules, but by redefining rules. This article develops the implications of Lavin’s argument for financial market reform.

Some antiquated financial regulatory structure and its negative effects

The outline of a single unified market for high-volume instruments

As the principle of diversification – developed through the work of Markowitz, Sharpe, and others – has seeped into the consciousness of investors, the percent of transactions based on individual securities has gradually diminished, replaced by ETF and futures trading. This has, in turn, reduced the number of securities traded by individuals and concentrated volume in fewer instruments. These high-volume instruments are particularly attractive candidates for a hyper-efficient transaction vehicle. Transfer of ownership holds no attraction in these markets; control of the price is all.

Futures markets provide an idea of what the world wants to trade. A glance at market volume markets at a typical daily close show that the high-volume world is focused on short-term corporate debt, long-term Treasury debt, stock indexes, energy, foreign exchange, and agricultural commodities. These seven markets could support seven hyper-efficient instruments.

A hyper-efficient financial instrument would be negotiable, would be traded with the minimum ownership transfer capability necessary to assure market pricing, would fall outside the SEC’s NMS, and would be traded at its spot value.

The trading and custody engines

Imagine a path by which hyper-efficient instruments would be built and traded. The instrument itself would benefit from management by a large custodian such as Bank of New York Mellon (BK). One possible mechanism is discussed in some detail for the case of the threatened LIBOR market here. Individual securities or commodities would be dumped into the asset side of a purpose-built balance sheet to be offset by a uniform generic set of claims, the settlement vehicle. A trade-against-offset market, a futures-like trading platform, would separate buyers from sellers, identify traders wishing to transfer ownership, mark both sides of the trade to market, and assign or otherwise identify counterparts to surplus buyers. This market would most likely initially be a dark pool, allowing time for the regulators to sort out their roles.

What’s to be gained?

A fresh start would enable the world to rid itself of many of the objectionable characteristics of existing trading systems. The market most obviously in need of experimentation is the market for LIBOR-priced instruments. This market is a fascinating paradox, wrapped in an enigma. Like the Cheshire cat, its enormous importance is belied by its frequent invisibility. Here is a price that lays claim to be the world’s most important number. Yet, in fact, the combination of frequent scandal among traders of the deposits LIBOR is purported to price, and the bizarre pricing process overseen by the Intercontinental Exchange, Inc. (ICE) has created a market that might only have been imagined by Lewis Carroll himself. The process of providing a LIBOR quote to ICE has become so unattractive that the Bank of England ultimately found it necessary to require banks to provide a daily price. In the end, the Bank of England threw in the LIBOR towel, conceding the fact that LIBOR quotes were, for the most part, a figment of the imagination of the submitting banks. The world needs to replace its most important number. To date, the markets seem strangely clueless.

But LIBOR is not the only ailing market. The OTC swaps markets are similarly traded without a reliable pricing process. And the pricing issue for OTC derivatives is arguably more serious than that of LIBOR. LIBOR traders reach a daily consensus of portfolio value independent of the portfolio manager herself. Not true with OTC derivatives. Each derivatives portfolio is separately and differently valued, creating an inevitable positive bias in portfolio valuation, described in Magic Money.

The existence of tandem trading of stock index ETFs and stock index futures is also duplicative and inefficient. The concentration of storable agricultural products in later contract months show some value added in trading for later delivery. But perhaps the only established high volume market where futures and cash markets necessarily coexist is energy markets, where the contango (the difference between futures and cash market prices) provides an interesting separate trading vehicle. Particularly trading of crude oil is characterized by lags between spot and future availability that creates substantial deviation between futures/spot price differentials and the interest cost-of-carry.

Kurt Dew
1.44K Followers
My primary interest is financial market structure. I write about market platforms, index instruments, and exchange management firms primarily. I was a member of the team that introduced index trading at the CME. Later, I pioneered the secondary market trading of OTC interest rate swaps.
Follow