We have seen an unprecedented shift in the way politics are run with the introduction of Donald Trump to the White House. While his agenda is another story, Trump has often been vocal about the politicization of the Fed, accusing current chair Janet Yellen of keeping interest rates near zero “because she’s obviously political and doing what Obama wants her to do.”[i] But the monetary decisions the Fed makes are so impactful, it is next to impossible for the Fed to not be entwined in politics.

Typically, the Fed has avoided changing interest rates the months before a presidential election. They fear that if they change rates, it could be seen as a political move to make either party seem more or less favorable.[ii] Since 1984, there have been only two interest rate hikes in the months leading up to a presidential election. As the Fed is designed to be politically independent, it can be unnerving to think that politics can have an influence over the decisions of the Fed. Former Fed Vice Chairman Donald Kohn said, “I’ve never heard anyone- and I went to 30 years of FOMC meetings- say we should do this because...it would favor one side or the other...for political reasons.”

It’s impossible for politics to not be involved in the Fed, especially from the executive branch. As the Fed chair is appointed by the president, they have much influence over the position. In the Federal Reserve Act, it states “…each member shall hold office for a term of fourteen years from the expiration of the term of his predecessor unless sooner removed for cause by the President.”[iii] The case of Humphrey’s Executor v. United States drew a line over how much power politics has over the Fed. The Supreme Court limited the president’s ability to remove appointed officials and regarded it as unconstitutional, as the only means for removing an official are with procedures consistent with statutory conditions enacted by Congress. This decision has helped sway Roosevelt’s successors from trying and testing the constitutional limits of applying pressure on the Fed chairman.

In the weeks leading up to the 2014 presidential election, Yellen gave a speech where the main talking point was income inequality. While this topic by itself shouldn’t be a partisan issue, some perceived it to be aligned with the Democratic agenda because it was consistent with the Democratic party. During her semi-annual visit to Congress in 2015, GOP congressmen interrogated her political agenda and compared her to lobbying as much as banks do. Yellen denied having any political agenda, but that didn’t stop Republicans from trying to justify their own efforts to increase congressional oversight of the Fed, including auditing its monetary policy decisions.[iv] Politicians have been trying to increasingly gain control over the Fed for a while, and this latest push would give more power to Congress while reducing the Fed's.

Congress’s recent attempts to reduce the Fed’s power is a clear advantage to politicians. Having more oversight over the operations of the Fed yields greater responsibility of the market. And having more power over the market makes it more appealing for lobbying groups like banks to have politicians on their side. But giving more power to Congress would only increase the size of their wallets and increase the risk of a financial crash. Jake Gyllenhaal is a fantastic actor, but I wouldn’t put him in charge of investing my money. Politicians aren’t necessarily experts on the financial system, so why should we give them more power over the largest economy in the world? As Jerome Powell takes over Janet Yellen’s position, it will be interesting to see whether he continues to fight for the Fed’s independence or whether Trump and Congress can manage to influence their decisions. 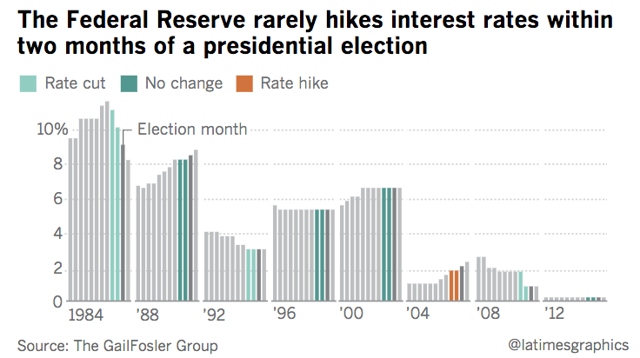