This calendar year end is already enjoying a marijuana and cannabis sector rally, without any NET tax loss selling.

While I came pretty close to predicting the timing of significant gains, I certainly missed the bottom.

We have just too many positive events coming up in 2018 for the marijuana and cannabis sector to do anything but go up.

I hesitate to be so positive on anything, but barring a natural or man-made catastrophe, the marijuana sector is the place to be in 2018.

It has been a wonderful year! The general market indexes are up 25%, unemployment is low, consumer confidence is high, the Fed increased interest rates 3 times and the equity markets do not care. It is just difficult to be negative on anything! 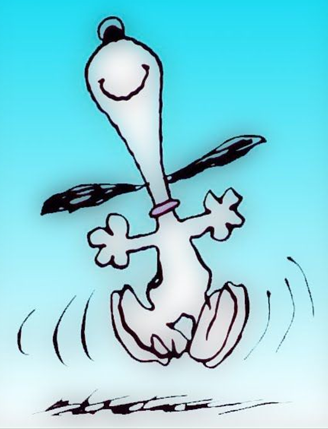 On November 21, 2017, I attempted to approximate an entry date into the marijuana sector:

…based on data I developed from the 2016 calendar year, I would expect the "bottom" for marijuana stocks to be normally distributed on or about December 20-21, 2017…

For the week ending December 29, 2017, my equal-weighted Seeking Alpha portfolio of N=244 stocks generated a return of~31% (see APPENDIX). There were n=160 winners and only n=32 losers. Eighteen of the winners had returns of 100% or more for the week, as follows: 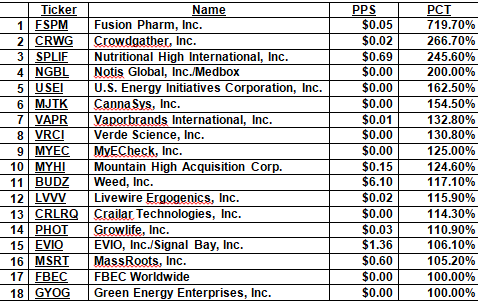 So, entry at the December 22, 2017 close should have worked out nicely and yielded about 31% returns. It looks like the past was a pretty good predictor of the future for a launch.

However, I did not get the NET tax loss selling action I anticipated, so I missed the bottom, but, you know, 31% in one week is not bad. Still, some of the folks commenting on my article and the importance of California legalization were right, and I was wrong. I guess this is why we have comments on Seeking Alpha – to share a variety of thoughts on a topic.

With the California move to implement legalization, Canadian legalization in the summer, and at least 7 additional US states on the ballot for November 2018 elections, I cannot help but believe that the 25% returns generated by the general market for calendar year 2017 will be exceeded by the marijuana sector by mid-November 2018.

Now, it is important to recall that the November 2016 elections had an upside over-reaction, so let me remind you. ..

I wrote the above and it was published by Seeking Alpha on October 6, 2016, before the peak after the November 2016 elections. So, if you are going to get into the marijuana sector, get in now, but prepare to exit by mid-November 2018, at the latest. 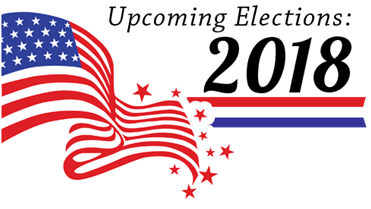 Recall that I was correct on this exit strategy after the 2016 elections and the general market was the place to be from that point forward, and until about late December, when I recommended re-entry into the sector. Remember, we are not hear to fall in love with a stock, we are here to make money.

Of course, there are other things going on. A $1 trillion infrastructure bill may pass this coming year and this is not a small thing, so you might want to purchase construction and basic materials stocks. Certainly, diversification is warranted.

Just don’t leave the marijuana sector completely out of your portfolio. Not recommending a “gulp,” but I am recommending at least a “nibble.”

Follow Anthony Cataldo and get email alerts
+
Add a comment
Disagree with this article? Submit your own.
To report a factual error in this article, click here.
Your feedback matters to us!