Fractals are patterned shapes that exist at different temporal scales. They are ubiquitous in nature, such as the large-scale outline of a continental coastline, and the close-up outline of a smaller chunk of the coastline; both show the same shape but at different scales. It is not clear why fractals appear in the trading numbers of the stock market, but then again, the reasons for their existence do not affect their utility. The reality is that fractals repeat and can be used to gauge possible scenarios in the future. Their existence may have something to do with the consistent nature of human behavior; en masse, humans tend to repeat the same actions. It goes hand in hand with the effect that investor sentiment consistently has on stock markets.

In two previous SA articles (here and here), we compared both the broad and the close-up views of the fractals present in the "Tech Bubble" of 1999-2000 to the present bull market. In this piece, we revisit the two markets and see where we stand now that the anticipated correction has arrived.

The pink rectangles on the chart below, show the similar trading patterns of the S&P 500 and the dollar index between 1995-2000, and 2012 until the present. In both time frames, the SPX and the dollar rose in tandem before the dollar entered a trading range (horizontal dotted lines on the chart), and the SPX experienced a double-bottom correction (blue rectangles on chart). The green circles on the dollar chart, highlight the similar “bottom bouncing” pattern exhibited by the dollar at the end of 1998 and 2017. The dollar may be setting up for a rally that mirrors what happened in 1999-2000 and which could, once again, take the S&P 500 to euphoric highs late in 2018 or early in 2019. 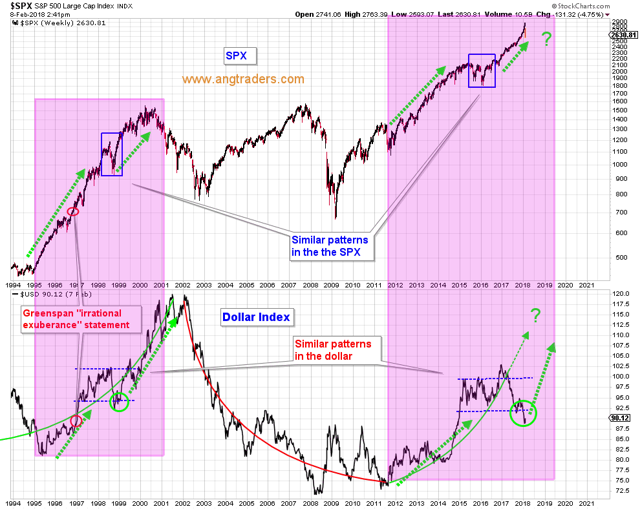 The first chart below shows the fractals from the tech rally along with the American Association of Individual Investors (AAII) sentiment survey results. Notice that the bull sentiment was generally lower prior to rally 3 (R3), and then generally higher after that (red ovals) as the market worked toward its euphoric major top late in 2000. 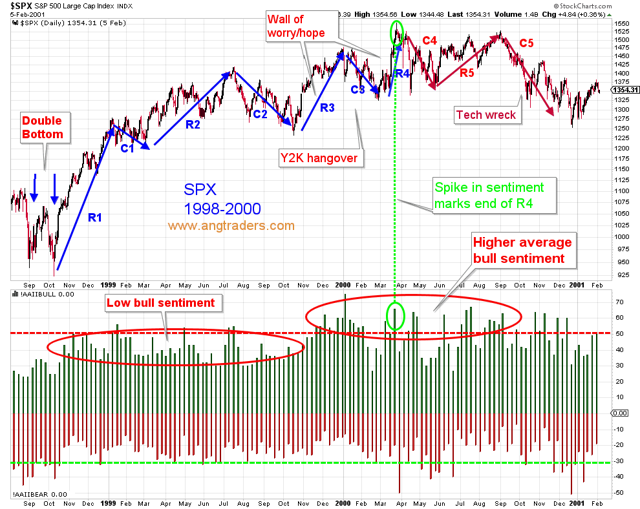 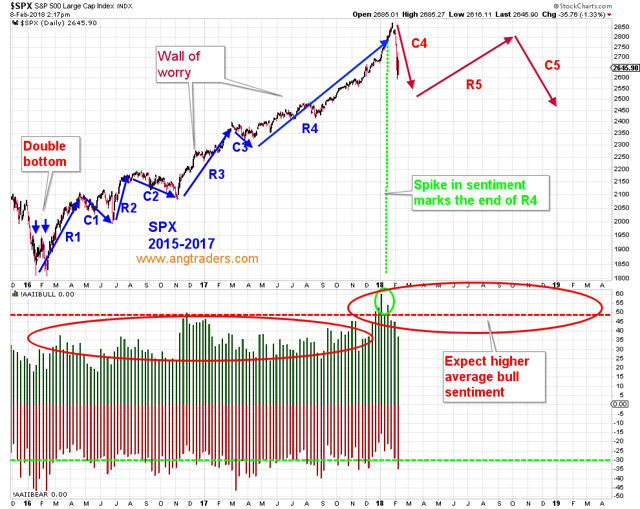 Taking a closer look (chart below) at the 2000 correction (C4), we see that the SPX corrected 13% before bouncing strongly up to the 62% Fibonacci retrace level, then staying in a volatile trading range for the next six weeks before starting rally 5 (R5) which turned out to be the last rally of the tech bubble. 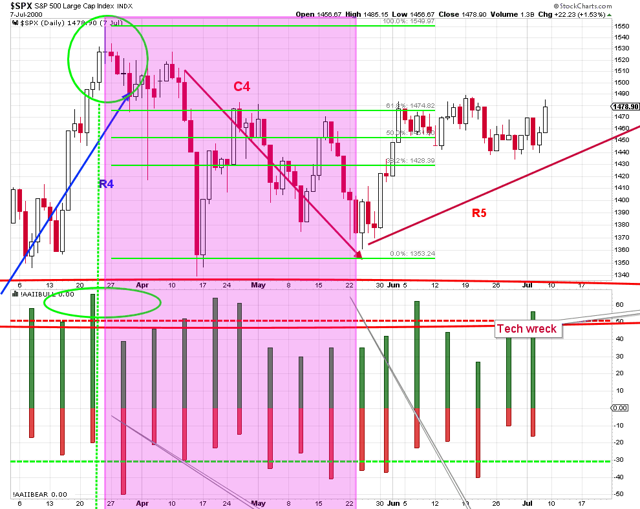 The present correction has hit the 10% mark (making it an official correction) and could go a little further, but we do not think it will pass 15%. If it continues to mirror the 2000 pattern, we can expect a bounce to the 2750 level, then a few weeks in a (volatile) trading range before starting rally 5 on its way to a major top later in the year. 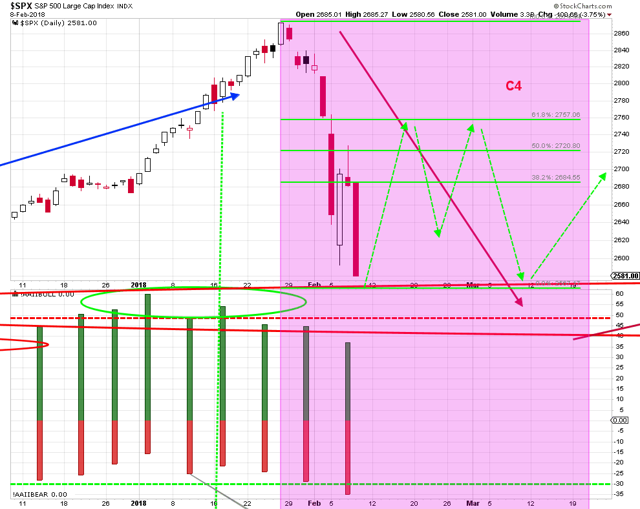 It took longer than we had expected, but the correction has finally arrived. Now let's see if the pattern continues like 1999-2000.

ANG Traders
3.72K Followers
Author of Away From The Herd
An MMT-based analysis of the equity markets
I have a degree in Math and Science from the University of Toronto, as well as a degree in education, also from U of T.

Disclosure: I am/we are long UVXY. I wrote this article myself, and it expresses my own opinions. I am not receiving compensation for it (other than from Seeking Alpha). I have no business relationship with any company whose stock is mentioned in this article.