AMD increased its quarterly graphics chip shipments in Q4 by 8.1% quarter over quarter. Intel’s (INTC) market share decreased by -2% and Nvidia by -6%. The growing graphics chip business obviously helped AMD offset the -37% Q/Q in revenue from its Enterprise, Semi-custom and Embedded business segment. 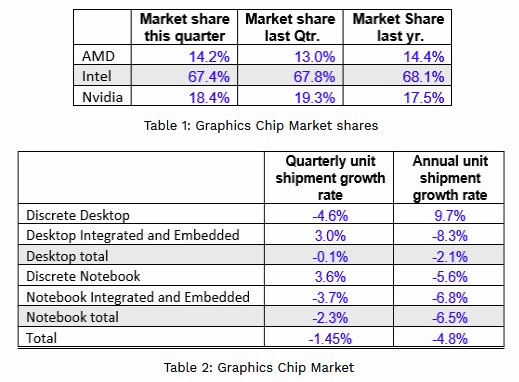 On the more important discrete GPUs or add-in board category, Jon Peddie Research stated that AMD was the primary beneficiary of the 3 million GPUs (worth $776 million) sold to cryptocurrency miners in Q4 2017. We could therefore conclude that cryptocurrency miners greatly contributed to the $958 million fourth quarter revenue of AMD’s Computer and Graphics division.

This turn of events can be partly explained by Nvidia’s January 2018 recommendation for retailers to put players above cryptocurrency miners. The insatiable demand for GPUs from Ethereum miners pushed Nvidia’s Pascal GPUs to sell well above their suggested retail prices. The scarcity and ultra-high retail prices of Nvidia’s GTX 1070/1080 GPU will continuously compel cryptocurrency miners and gamers to just buy Radeon Vega and Polaris GPUs.

It also helps AMD that the old Polaris graphics cards are still excellent for Ethereum-mining purposes. AMD is likely to remain the primary beneficiary of the cryptocurrency mining this year because it offers more affordable Ethereum-friendly GPUs. I was forced to use RX 470 GPUs for my solar power-based Ethereum mining rig last year because it was impossible to find reasonably-priced Nvidia’s GTX 1070 products here in the Philippines. 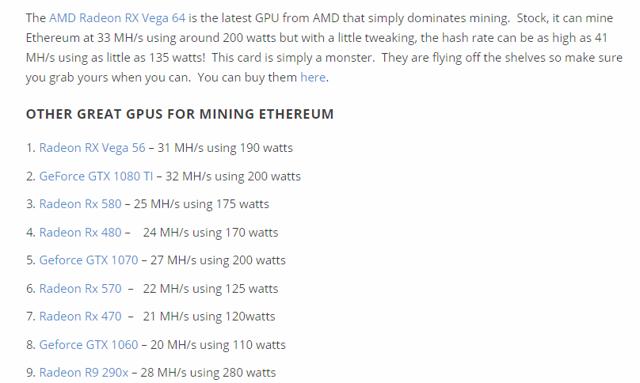 Ethereum is considered as more stable/resilient than Bitcoin. AMD will therefore continue to benefit from the high price of Ether. Nvidia reportedly expects discrete GPU prices to skyrocket until Q3 2018. Ether’s price still hovers above $850. Last year it was trading for less than $15. Like what happened in 2017, gamers will endure intense competition for available discrete video cards from Ethereum miners this year. Ether’s high market value is very addictive. 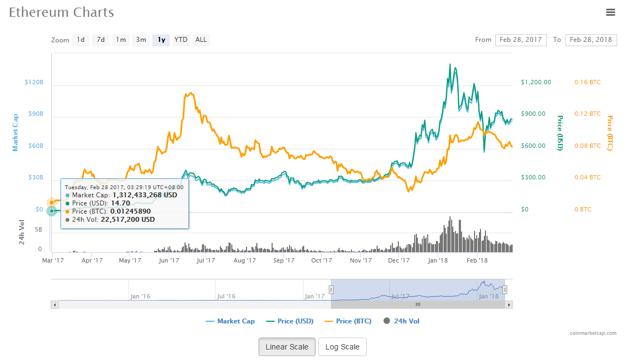 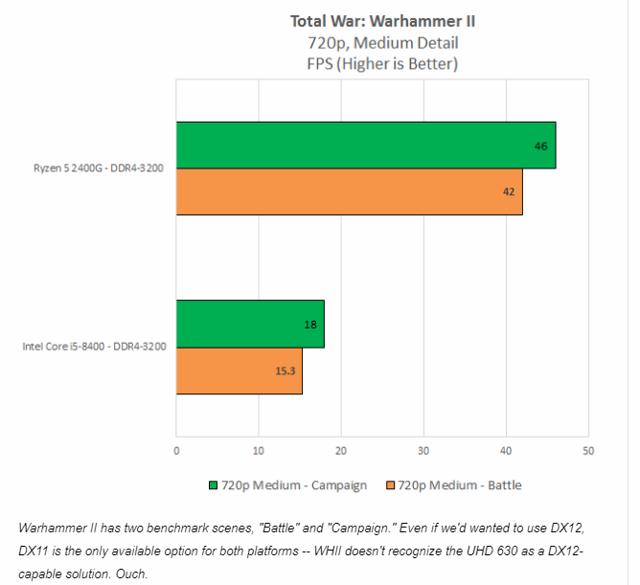 Disclosure: I am/we are long AMD, INTC, NVDA. I wrote this article myself, and it expresses my own opinions. I am not receiving compensation for it (other than from Seeking Alpha). I have no business relationship with any company whose stock is mentioned in this article.