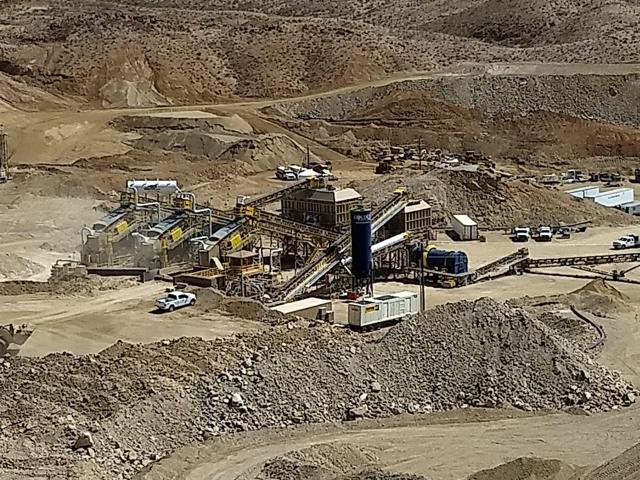 Picture of the gold mine I took while onsite.

This is an update on a previous article I wrote for Northern Vertex (NHVCF), which is a Canadian company that owns the Moss gold mine in Arizona. Now that the company has completed and is running its mine, it should be valued as a producer and not a development company. The article contains highlights of my trip to see the operating mine and notes from speaking with operations personnel on site. Also, I revalue the company now that it is producing gold and silver.

Traveling down the winding stretch of old Route 66 into the Oatman mining district on our way to tour a working gold mine project, our guide described the significance of the highway for early travelers. At the time it was built, Route 66 was carved into the badlands instead of atop the flatter path through the desert that is now Highway 40. The answer was given that back in those days, cars needed constant water for their radiators. The mountains had sources of ready water, where the desert did not.

The movie Cars, originally set in Radiator Springs, pays homage to the history of this historic American highway. But while the movie laments visitors bypassing Route 66 for the fancier new highway, what I found was that the old town of Oatman is still thriving as a popular stop-off for tourists from around the globe wanting to travel the historic southwestern road.

Picture I took of Oatman hotel while in Arizona near the mine. They serve great hamburgers!

The historic Oatman hotel has a great burger and sandwich joint wallpapered in $1 bills marked with the names of their former owners. The story goes that miners couldn't take their paper money with them to the mine sites due to dust and water damage, so they would pin their money on the walls of the hotel with their names on it. The miners would then use it for drinking and eating money on their way back down from the mines. The heritage is carried on by travelers from all over the world posting their named US dollars on the walls.

Also nearby, the Bullhead City is in a revival. Home building activity is up, and while not at previous peak levels before the financial crash of 2008, is signaling a recovery in the local mining sector. Set among this historic landscape of these old mining towns is a company that is trying to capitalize on that past mining magic of a bygone era. And lo and behold, they may just be bringing back those former gold rush glory days.

Producing Gold and Silver in the USA

Northern Vertex is an operating gold miner in Arizona. Unlike many gold exploration companies in North America that are focused on finding gold deposits, Northern Vertex has passed the dusty and rocky gauntlet of the mine development process by successfully making its first gold pour last week. 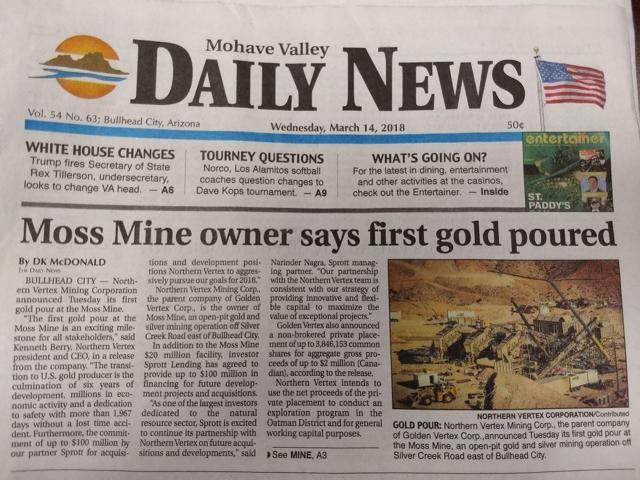 Source: Picture I took of the local Bullhead City newspaper.

Northern Vertex is not wasting time with self-congratulations, however. The company is incrementally tweaking its mine process and thrice measuring its operating results for the purposes of establishing annual production goals. While those are being developed, the company is simultaneously pushing forward in its site exploration plans by approving $2 million in funds for drilling areas directly adjacent to the current mining site.

The strategy is intended to boost near-term reserves inexpensively, while financing the long-term exploration plan with the gold being produced from the now-running mine. In an era of big deposit size envy, which often sees investors spending money on potential mine-able ounces regardless if they are ever actually produced, Northern Vertex has opted for a more sensible and sustainable operating model.

The focus is on maximizing near-term production efficiency with an active and, more importantly, debt minimizing, exploration program intended to keep feeding the gold production beast the company just completed onsite. Currently, the goal is around a 10-year mine life, but with most of the 4000-hectare property yet left to be explored, chances are this project could run for much longer than that.

And when I say beast, I mean it. I took video footage of the mine in operation, and I think investors will be impressed at the scale of Northern Vertex's operation.

Video that I captured and produced while onsite.

The systems consists of a jaw crusher that pounds big rocks into small ones and dumps it onto a conveyor transporting the material to shakers with screens that sort material out into smaller-sized pieces. A final rolling crusher is used to smash the material together and get the optimal ¼ inch-sized rock needed for the leaching process downstream on a pad built for the purpose of extracting gold and silver. 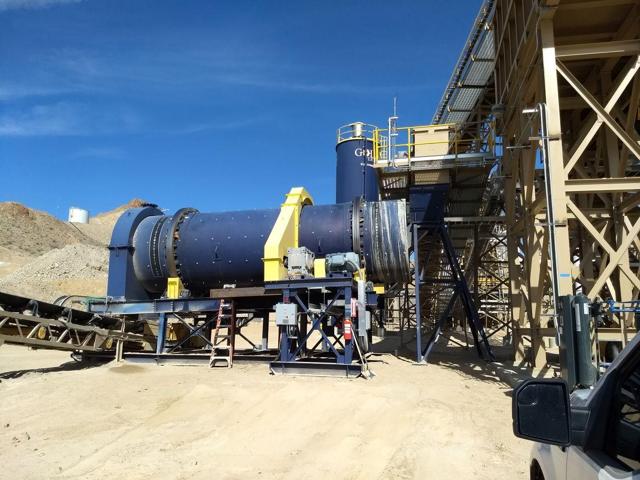 Picture of second crusher that I took while onsite.

There, the metal is leached out into a liquid solution that is filtered, decontaminated, smelted, and eventually poured into dore bars. The bars consist of gold, silver, and some minute amounts of copper found on the property. However, the gold and silver are fairly clean of other base metals, which the company expects will compress the final processing to just three days' time. 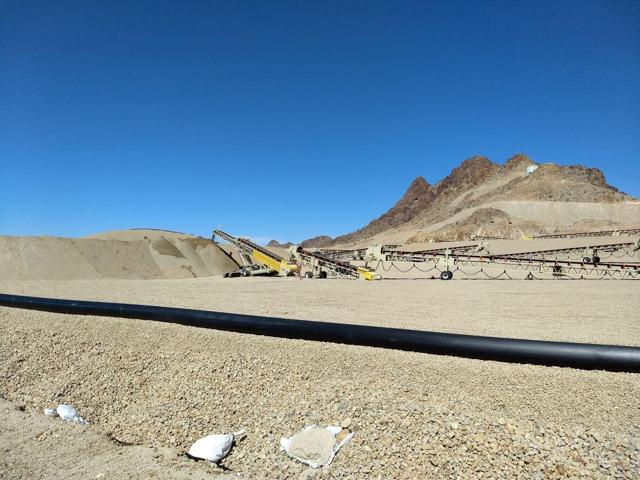 Heap Leach pad picture that I took while onsite.

A water truck and vacuum units have been installed to keep the dust from the site down to the point I could stand directly next to the producing machinery and breathe freely without a dust mask. I expect more of a "dirty" process with rocks and dirt piling up around the equipment as workers ran screaming and scrambling to push the mess around to avoid pileups, such as depicted the Discovery Channel show "Gold Rush". 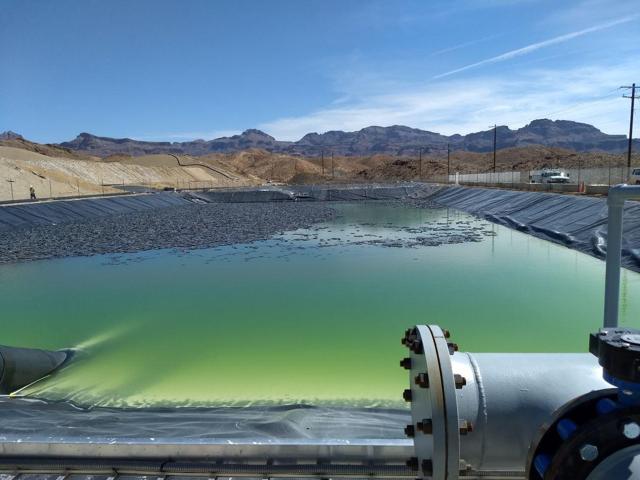 Picture of one of the solution ponds I took while onsite.

In reality, the site is run like a well-oiled factory where automation is being deployed to reduce manual dependencies such as amount of rock fed into the crushers. A holding bin has been installed atop the first conveyor run, which allows consistent material feed to the plant despite instances where rock trucks may be delayed providing rock material. In addition, the system is designed to be run at peak, and in fact, is more efficient at full capacity. More material results in more rock-to-rock impact within the crushers, which reduces wear on the internal components. 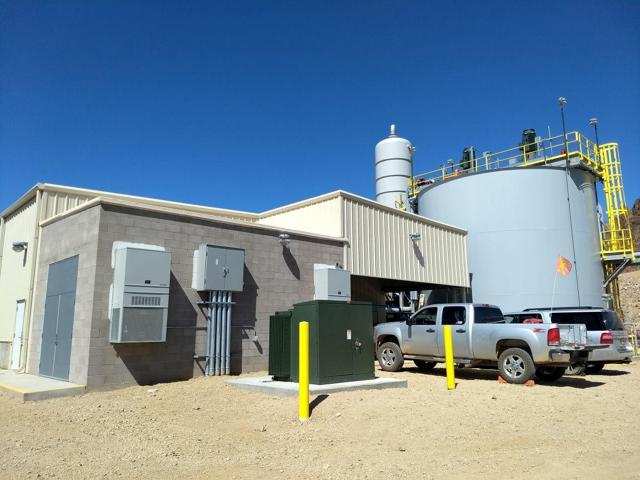 Picture of the final gold processing and pouring facility I took while onsite.

The mine operations personnel have been handpicked from various other mineral production processes from Montana to Arizona. Having established smooth production operation, the team is now focused on tweaking the system to produce the highest grade material and preparing to install more software to automate the processing of the rocks. 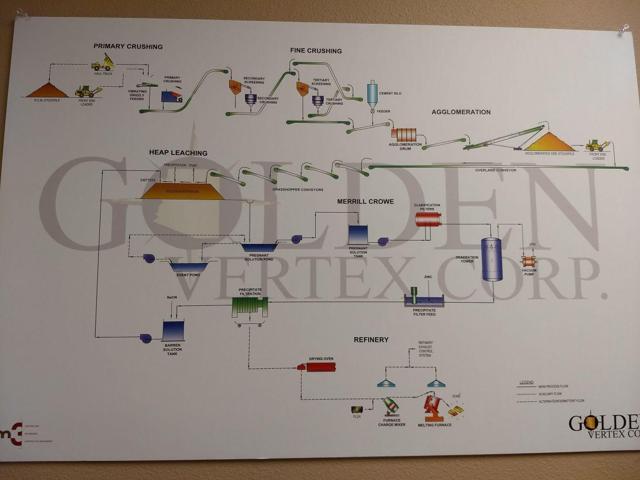 Picture of the mining process I took while onsite.

Now that the mine is producing, look for Northern Vertex to be valued by the market closer to the project NPV. The company expects internal rates of return of 63% and an NPV on current resources of $133 million. The market cap as of Friday close is $72.83 million, implying a current upside of 73% from the current share price.

I arrived at this number from the most recently reported quarterly numbers using a very conservative method of subtracting total liabilities from current assets, and ignoring the $64 million in PPE (property, plant, and equipment) on the books. Note, this conservative valuation method I use provides me with lots of room for error. Considering the freshly installed mining equipment, which should have very limited, if any, depreciation, Northern Vertex should probably be valued closer to double its current market share, as I noted in my original article on the company.

The long-term upside consists of three factors. Foremost, the company has a large land package to explore, and should be adding to its resource numbers with the money already allocated to the exploration planned immediately around its current mine. The rest of the land package could hold economic minerals even without upward movement in the current price of gold. 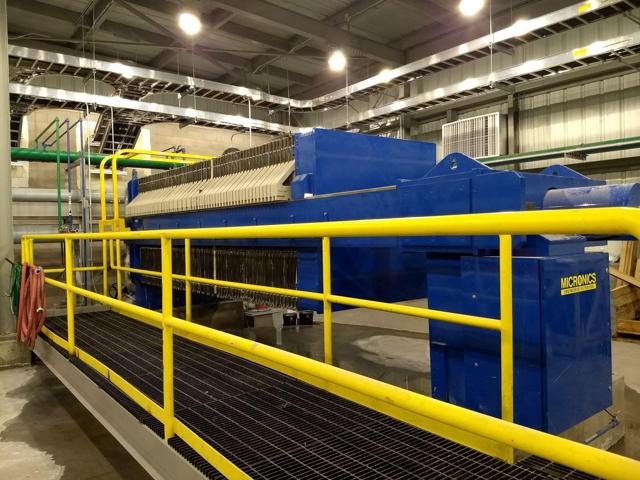 Picture of filter unit designed to remove impurities before gold is heated and poured.

The second upside consists of mining efficiencies which lower production costs, such as further automation of the plant and the chemistry lab work being performed onsite to increase the recovery rates.

The third potential upside is the biggest in the near term, and that is the rise in the price of gold and silver. Given the current aging bull market which is likely to turn into another recession, gold and silver price outlook is bullish. Gold rises when economic uncertainty increases, bonds enter a bear market, and the US dollar weakens, which has already been happening. Those of you that have read my silver article know that silver follows gold and moves up very sharply thereafter, and Northern Vertex produces both metals. 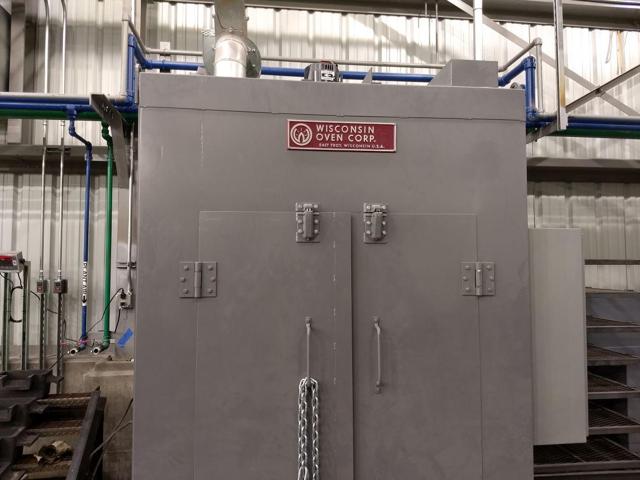 Picture of the oven I took while onsite.

Short, medium, or long term, I believe this company has a bright outlook. And that is why I am an investor and recommend that you consider Northern Vertex for your resource miner portfolio.

Please do your own due diligence on any investments. Risks of owning small-cap resource companies includes share liquidity, lack of project financing, and more periodic volatile price movements. However, be aware that those risks are often reduced for producing mines versus their earlier-stage exploration counterparts. Please consider the useful strategy of investing a limited portion of your portfolio into small-cap resource stocks and balance those investments by diversifying into larger resource companies and other economic sectors.

Robert Kientz
2.8K Followers
Author of DropShadow and founder of Gold Silver Pros @ goldsilverpros.com.I have been analyzing the precious metals markets for over 10 years, and have built relationships with many experts in the field which include miners, geologists, and analysts. My site is dedicated to providing you professional research on the precious metals market.I have spent over 20 years working in the technology sector as both an IT and information security professional. I have a Masters degree in Information Assurance & Security, a Bachelors in Business with an MIS concentration, and an Associates in Applied Sciences in Unix Administration and Cisco Networking. I began my investing career over 16 years ago while completing several investment advisory exams - Series 3, 6, 63, and 7 covering the commodities, insurance, and stock markets. After watching the 2008 recession calamity, I began deep research into the economy and markets where I found solace in the writings of Austrian economists whose theories accurately predict and analyze the issues surrounding currencies and financial crises. I then wrote a book, based upon my own extensive research, entitled Dropshadow: The Truth About the Economy, which is available on Amazon.Shortly after writing the book, I began writing for Seeking Alpha and other online outlets on economic and financial topics and issues. I have focused my market research writings on Seeking Alpha since 2018.In 2018, based upon my deep research into the precious metals, I launched my personal newsletter service for investors @ www.goldsilverpros.com where I provide precious metals investors with research updates and insider intelligence in order to help them better invest in those markets.

Disclosure: I am/we are long NHVCF. I wrote this article myself, and it expresses my own opinions. I am not receiving compensation for it (other than from Seeking Alpha). I have no business relationship with any company whose stock is mentioned in this article.

Additional disclosure: I am also long physical gold and silver.