Would you be interested in buying a commodity that will become the basis for the global economy for the second half of the 21st century?

How about a commodity that is about to see a 10,000 time increase in demand? It also will become the world’s most widely traded commodity.

Long-time readers have already guessed it. The market for Lithium (Li) is about to explode. What we are witnessing now is nothing less that the transition from a carbon- to a lithium-based economy.

We have just been blessed with a great entry point for the entire sector. The government of Chile just raised its lithium mining quota by 400%, causing all shares in the sector to crater.

But this is just a temporary setback. Global demand should handily grow into the new supply.

This is not a new trade for us. I first started writing about lithium in 2009, piling readers into Chile’s Sociedad Quimica Y Minera (NYSE:SQM), bringing in a handy 440% pop off the lows. 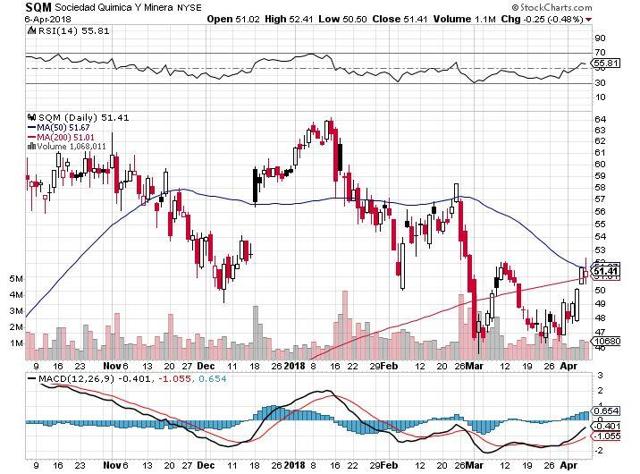 After that, the stock got demolished by the peaking in 2013, and subsequent collapse of oil prices which took down the entire lithium, rare earth, solar, and alternative energy space. At the end of the day, it’s all one trade about energy.

We saw an almost perfect double bottom in 2015, and since then, the stock has tacked on another perfect 440% gain.

Except that this time it’s different.

Back in 2009, when (SQM) began its first springboard move, a global electric car industry was but a twinkle in Elon Musk’s eye. Lithium demand was limited to use in cell phones.

Tesla’s total car production since inception has topped an eye-opening 300,000. It is ramping up to produce 500,000 units a year. And a dozen other major car manufacturers also have all-electric models in showrooms.And here’s the real kicker. A cell phone uses a miniscule average of seven grams of lithium. A Tesla Model-1 uses 10,000 times that quantity!In the space of three years, we have gone from a global lithium glut to a structural shortage.Tesla is bringing online its lithium ion battery producing Gigafactory this year in nearby Sparks, Nevada, a joint venture with Japan’s Panasonic. That will give it enough batteries to last through 2019. A second Gigafactory is already planned.It gets better.Ten states and countries will eventually ban the sale of new internal combustion engines, and the list is growing. The Netherlands starts in 2025, followed by Germany in 2030, and Britain and France by 2040.Norway, which ironically is a major oil exporter, wants to go all electric as soon as possible.California, which accounts for 20% of all US car sales, is demanding 15% of new car sales be zero emission by 2025. China has a similar phase in.In the end, they won’t need to. Adding together the lifetime cost of operating a vehicle, and averaging out the cost per year, Teslas are cheaper than running a conventional car TODAY! It will be the market that dictates that all new sales of vehicles go electric.You just pay for all of the lifetime need for fuel up front, and make it back over time through a zero cost of maintenance.Add all this up, and total lithium demand should soar from 160,000 million metric tonnes today, to 470,000 by 2025. That’s a lot of lithium.Until now, the bulk of the world’s lithium is produced by three companies, (SQM) mentioned above, North Carolina-based special chemical maker Albemarle (NYSE:ALB), and Pennsylvania-based (NYSE:FMC) Corp. The rest of the listed lithium-producing companies are all penny stocks. 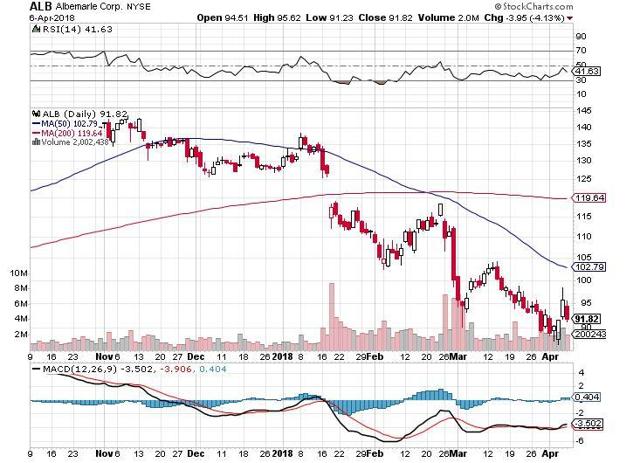 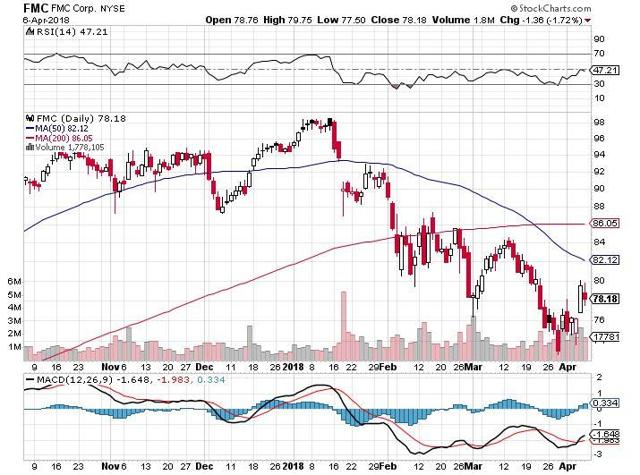 All three of these companies obtain their lithium supplies in the same corner of Chile, Bolivia, and Argentina, which has the unique geology to cheaply surface mine this white, highly reactive metal.

These are referred to as “lithium brines” where the target metal can be easily obtained through a simple crystallization process.

And here’s the dirty little secret of lithium mining. What do these three countries have in common? Cheap labor and the virtual absence of environmental controls. This is why you will never see competitors emerge from the US or Australia.

There is one other company you might want to check. Vancouver-based Millennial Lithium Corp. (OTCQX:MLNLF) is a recent new entrant in the field, also obtaining its lithium from Argentinian brines. The stock has tripled since October. 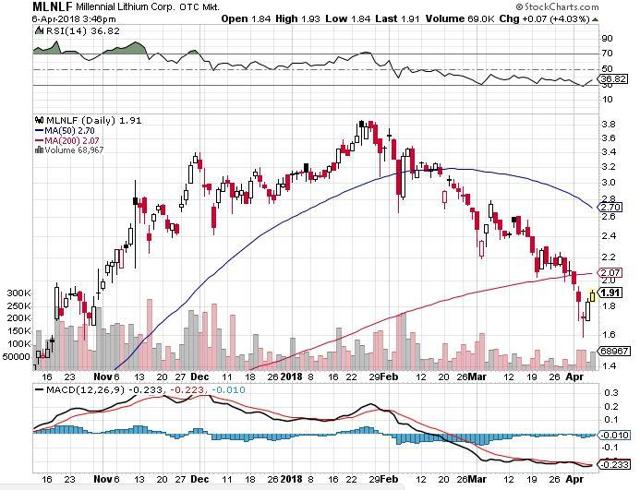 I mention this name with all the cautionary provisos about Canadian-listed mining companies: little disclosure, less oversight, and more risk than what you would expect from a US listing.

What could upset the applecart for lithium? A totally new battery technology based on other elements could emerge to replace lithium.

There are many on the drawing board. This list includes graphene supercapacitors, redox flow, aluminum graphite, solid state, and biochemical batteries, powered roads, and high output thin film solar panels.

Several of these also use lithium, but not to the extent that existing lithium ion batteries do. 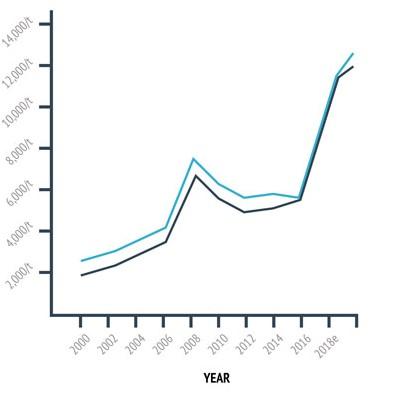 But some have come close to challenging lithium’s advantages in cost and scale production.

But then in the tech business, you never say never.

I worked on my first electric car at UCLA 45 years ago as part of a graduate engineering project, and I’m surprised that it has taken this long to get this far.

But then massive government subsidies of the oil industry are a hard thing to run against for anyone.

The Mad Hedge Fund Trader
13.26K Followers
John Thomas is a 50-year veteran of the financial markets. He spent 10 years as a financial journalist, ten more years trading for a major investment bank, and another decade running the first dedicated international hedge funds. Seeing the incredible inefficiencies and severe mispricing offered by the popping of multiple bubbles during the Great Crash of 2008, and missing the adrenaline of the marketplace, he returned to active hedge fund management. With The Diary of a Mad Hedge Fund Trader, his goal is to broaden public understanding of the techniques and strategies employed by the most successful hedge funds so that they may more profitably manage their own money. He publishes a daily research newsletter, and offers one of the most successful trade mentoring services in the industry. He currently has followers in 134 countries. In his free time, John Thomas climbs mountains, does long distance backpacks, practices karate, performs aerobatics in antique aircraft, collects vintages wines, reads the Japanese classics, and engages in a wide variety of public service and philanthropic activities. His career has taken him up to 20,000 feet on Mount Everest, to the edge of space at 90,000 feet in the Cockpit of a MIG-25, and to the depths of a sunken Japanese fleet in the Truk Lagoon. Why they call him "Mad" he will never understand.
Follow