Multinational corporations have been buying their way to green energy by acquiring Renewable Energy Certificates (RECs) from renewable energy producers.

This has made the business of selling excess green energy lucrative but the certification process is cumbersome and expensive, thereby locking out small-scale producers.

However, blockchain technology could change that by tokenizing RECs.

The world is largely powered by fossil fuels. However, some countries like Germany have adopted measures to flip the tables of their overreliance on exhaustible energy resources by pursuing opportunities in eco-friendly energy sources. This has boosted the campaign against climate change with more startups looking to pounce. 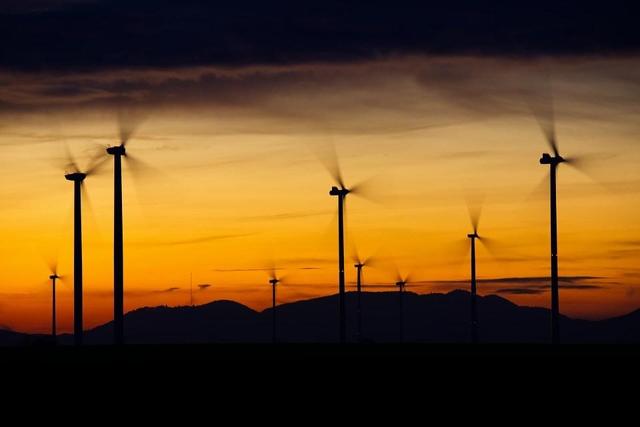 Several have launched various renewable energy technologies as they seek to benefit from the green energy drive. Among one of the most interesting technologies that companies are using is the distributed ledger technology.

A quick rundown of the green energy market

The green energy market is driven by three primary verticals, which include wind power, solar, and hydroelectricity. But the first two in that list are viewed as the future of renewable energy. Realistically, solar has proven to be a major force amongst startups while the initial financial outlay required to set up a wind power generation plant remains a major challenge.

Lately, companies have also started pursuing opportunities in offshore wind power, which analysts believe could prove to be the game-changer in the long run. While the financial outlay may be significantly higher, the power output is several times more in terms of capacity when compared to onshore wind power generation.

This is primarily because, in the ocean or the seas, there are fewer obstacles that block tidal winds. This leads to higher yields in power generation from offshore wind power than from onshore plants. The overall growth of the renewable energy market has contributed to increased energy efficiency, thereby boosting energy security, climate change mitigation and yielding several economic benefits. However, most small-scale renewable energy generators still find it hard to sell the excess power generated, but that could change if the disruptive force of blockchain technology proves unstoppable as it has in several other markets.

Technology startups are using blockchain to democratize the energy market. Australia-based PowerLedger is leading the democratization of the renewable energy market with its peer-to-peer blockchain platform, and with several ICOs coming in 2018, there could be more launched to rival PowerLedger. There are also others that seek to disrupt the market by tokenizing Renewable Energy Certificates (RECs).

Tokenization of RECs could potentially democratize the entire solar power energy market with household and small-scale generators gaining access to the lucrative business that has attracted large corporations like Apple (NASDAQ:AAPL) and Google (NASDAQ:GOOG) (NASDAQ:GOOGL).

In the spirit of complying with their own green energy ethos, these companies have been buying RECs to back their claims of being eco-friendly corporations. Some of them have been binge-buying these RECs to boost their profiles in the fight against climate change and their activities have resulted in an increase in demand in the market.

As such, blockchain investors believe that an introduction of a distributed ledger platform in the renewable energy market could change all that. The tricky process of acquiring certification and the tasking audit procedures could all be made simpler by using a blockchain platform. This could help document, track and automatically update activities from the producers while at the same time providing a platform that can securely interface RECs holders and prospective buyers.

However, there are still a few obstacles to leap over before this dream can be realized. The speed of execution could slow down things unless developers of blockchain-based applications come up with more cutting-edge innovations. For instance, whenever you mention cryptocurrency, Bitcoin comes to mind, yet the platform can only process 10 transactions per second.

For a global platform for tokenized RECs to be efficient, it needs to process orders quicker, which possibly means tweaking the blockchain platform. There are already development stage projects assessing ways to do this, with some claiming they are designing blockchain-based platforms that could process up to a million orders per second. This could be revolutionary.

According to computer scientists at the University of Waterloo, they have devised a solution dubbed Canopus, which "takes a server's location on the Internet cloud into account, minimizing communication between geographically-distant servers." They say that the platform will use smart meters attached to solar panels to send RECs to brokers. Consumers would then be able to purchase these RECs using their own brokers. The goal here is to get as many homeowners and small businesses to invest in green energy technologies as possible.

In summary, advances in technology have affected several industries across the world. The energy sector was among the very first to benefit from innovative technologies starting with hydroelectricity several years ago to the latest solutions that include voltaic solar energy and offshore wind power.

We now also have geothermal energy and renewable nuclear energy that are helping to boost the amount of renewable energy used to power the world while reducing the reliance on fossil fuels. However, the biggest breakthrough could be the adoption of blockchain technology in the industry, which could help small-scale green energy producers gain access to the lucrative market of selling RECs. This, in return, would appeal to more small-scale businesses and households to invest in green energy.

Follow Nicholas Kitonyi and get email alerts
+
Add a comment
Disagree with this article? Submit your own.
To report a factual error in this article, click here.
Your feedback matters to us!