The U.S. Unemployment Rate has moved down to 3.9%, its lowest level since December 2000. If you ask the average person on the street what that means for the stock market, they would likely say it's a bullish sign. What does it actually mean? Let's take a look… 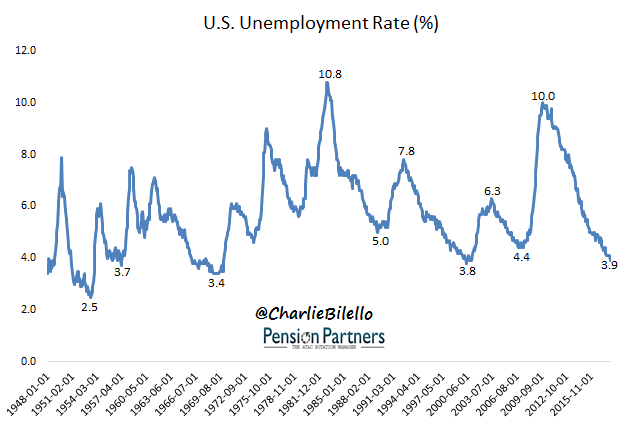 We have data on the Unemployment Rate going back to 1948. Breaking the data up into quintiles, we observe the following:

Why? Because when there's good news in the economy (low unemployment), people are willing to pay a higher multiple for a given level of earnings than when there's bad news (high unemployment). That's important when it comes to stocks because higher valuations tend to be associated with below average forward returns.

In January, the S&P 500's valuation hit the 97th percentile, higher than every period in history with the exception of the late 1990s and early 2000s. 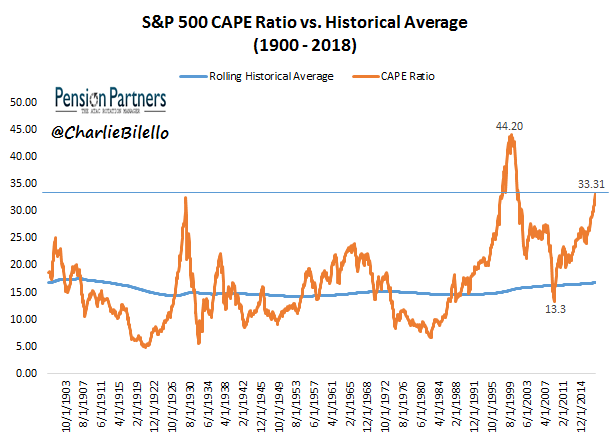 Historically, the combination of higher valuations and lower unemployment has been unfavorable for stocks, with negative returns on average over the following 1-year through 5-year periods.

Does that mean that the S&P 500 has to go down from here? No, these are just probabilities and tendencies; there are always exceptions.

But it does mean that investors probably shouldn't view a low Unemployment Rate as a bullish sign for stocks. The evidence seems to suggest that the opposite is true.

Follow Charlie Bilello and get email alerts
+
Add a comment
Disagree with this article? Submit your own.
To report a factual error in this article, click here.
Your feedback matters to us!