Electronic Arts (NASDAQ:EA) should take note that Zynga (ZNGA) made $45 million from in-game advertising in Q1 2018. This was thanks to Zynga’s recent exclusive partnership with Unity Ads. Rewarded advertising tactics like the incentivized video ads from Unity Tech can increase the revenue of EA’s free-to-play mobile games by 20%-40%. Electronic Arts needs this rewarded advertising tactic to augment its still-small revenue stream from mobile games.

Mobile is the biggest growth driver for the video games industry. Sadly, EA’s total annual revenue from its mobile games is only $659 million. This amount is not even a third of King Digital’s $1.99 billion revenue. Electronic Arts is still a struggling starlet in the $70.3/billion year mobile games industry. 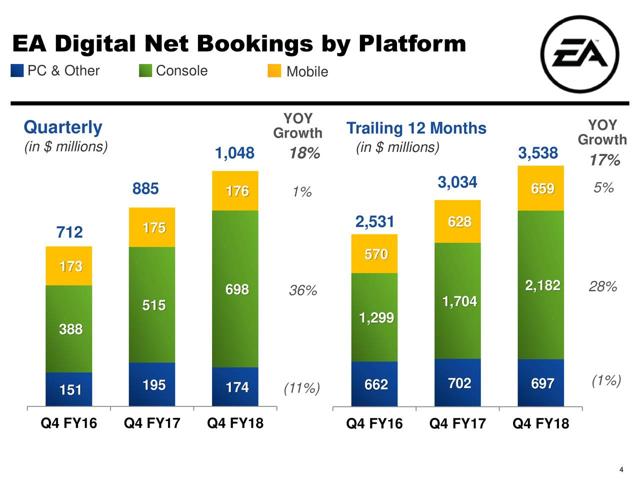 There is also little risk of weakened in-app purchases from implementing rewarded video ads in-game. The people who spent real dollars to buy in-game items will remain the same. These paying customers already have the disposable income and the willingness to spend it on EA’s games. Only those players unwilling to spend real money will opt-in on watching rewarded video ads. They will do so because they can get free premium game items from watching these video ads. 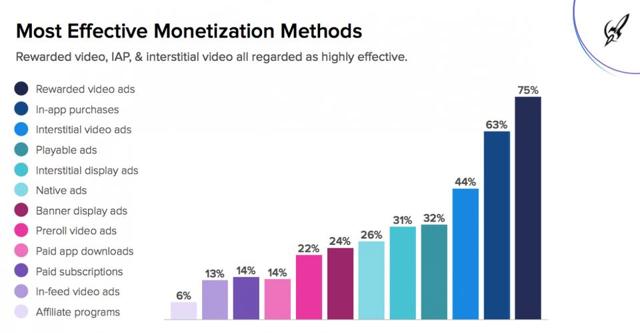 Why EA Needs A Stronger Revenue Stream From Mobile Games

EA needs a stronger revenue stream from its mobile games to offset any future decline in sales of its console games. The chart above illustrated that EA is still overly-dependent on console games. More than 61% of EA’s FY 2018 revenue of $3.538 billion still came from console games.

Going forward, I believe Fortnite will remain the no.1 top-grossing console game for the next several months. I simply do not believe EA’s FIFA 2018 can keep up with the $223 million/month (PC/Console/iOS) revenue of Fortnite.

Why Rewarded In-Game Advertising Is The Next Best Thing

Game developers and publishers cannot compel most players to spend real dollars on free-to-play games. The next best thing is to deliver targeted rewarded video ads. Non-paying players still contribute to the overhead cost of Electronic Arts. They deserved to be monetized via opt-in video ads.

I checked at ThinkGaming. I found out that only Star Wars: Galaxy of Heroes is making more than $100k in average daily sales to U.S. iPhone games. The other mobile games of Electronic Arts are finding it hard to reach the $100k per day daily revenue milestone on U.S. iPhone sales. The other struggling mobile games can be better monetized through the implementation of rewarded video ads. 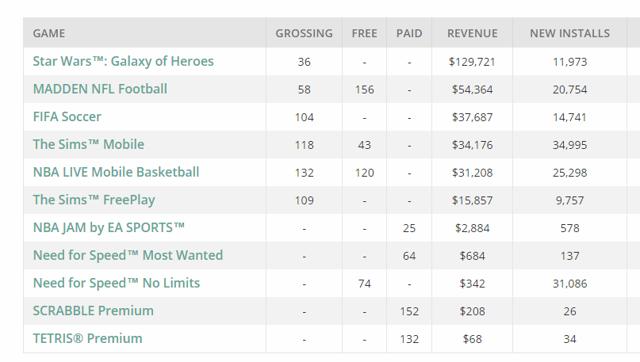 The figures on the chart above represent average daily gross sales. The chart did not yet deduct the 30% cut of Apple (AAPL) from U.S. iPhone-processed in-app purchases coming from EA’s mobile games. The weak performance of EA’s mobile titles can be partly blamed on Fortnite being the top-grossing iPhone game in America for almost two months now. Released only last March 15, Fortnite’s total global cumulative iOS revenue hit $50 million (66% of which came from American players) on the first week of May.

My source at Apptopia informed me last week that Star Wars: Galaxy of Heroes still has a 90-day running global net revenue of $46 million. He said this game still contribute 20% of EA’s total revenue from mobile games in-app purchases. Star Wars: Galaxy of Heroes doesn’t need rewarded video ads. However, the other mobile titles of EA certainly do. I checked at SensorTower. EA’s famous licensed mobile games are struggling.

The rewarded video ad is now the preferred ad format of non-paying players. Watching 12-second video ads gives them premium in-game items/currency that helps improve their gaming experience. The painful reality of freemium mobile games is that only around 2%-10% of active players spend real dollars on in-app purchases. The other 90% population of active players is freeloading. They can only be monetized through advertising. 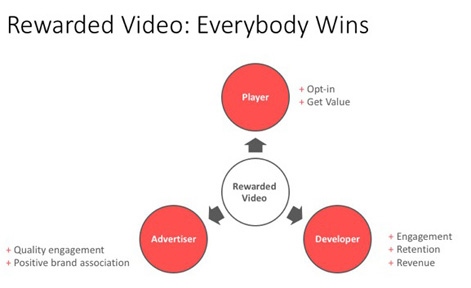 Electronic Arts’ weak monetization from mobile means I cannot recommend a buy for EA. A hold rating is more appropriate because Electronic Arts has a decent balance sheet and acceptable revenue growth rate. I will only go long on EA if it can deliver at least $1 billion in annual revenue from mobile games.

Sad but true, despite having dozens of mobile titles, EA still doesn’t have a decent share of the $70.3 billion/year mobile games industry. 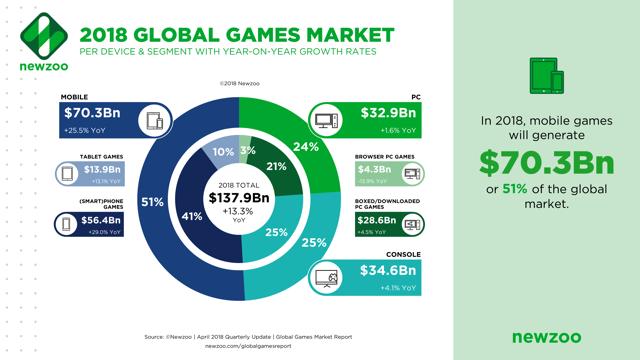 Mobile games publishers like Electronic Arts need to be flexible in their monetization approach. Profiting from the players of their mobile games should not only be through in-app purchases. Making non-spending players watch opt-in rewarded video ads is a legitimate monetization method.

Motek Moyen
6.34K Followers
I am 100% Filipino, with 25% maternal Chinese blood. My background is 20 years in creative/advertising industry. I am a freelance quantitative equity analyst now, but I also enjoy using technical indicators. I still do part-time multimedia edits, copywriting, UI/UX designs, and computer repair & programming. I DO NOT gamble/invest on U.S.-listed stocks.
Follow

Disclosure: I am/we are long AAPL, ZNGA. I wrote this article myself, and it expresses my own opinions. I am not receiving compensation for it (other than from Seeking Alpha). I have no business relationship with any company whose stock is mentioned in this article.