Individual investors actually have several advantages over the big boys.

One big advantage is the ability to easily invest in microcap and nano-cap stocks.

This article goes over the advantages and drawbacks to investing in microcap stocks. 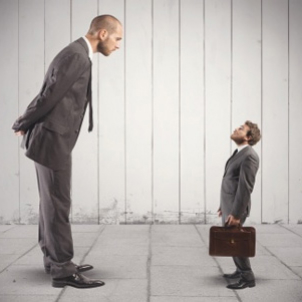 1. Buying microcaps give you a much wider universe of stocks to pick from. If you look at the institutional ownership of many microcaps, the percentage is usually lower than average, often much lower. Those that are nano-cap or trading in the pink sheets often have very little institutional investors. There are several reasons for this. The main reason is large investors cannot get in or out of these stocks easily. A billion-dollar fund needs to invest $10 million just to get to a 1% position in their portfolio. That would be a 10% position in a $100 million market cap company. Unless they can find some large block trades, such a position could take months to accumulate, all the while driving up the price. It would then take as long to sell, all the while driving the price down. Many institutions also avoid stocks below a certain price or not traded on the NYSE or Nasdaq.

3. Small-Cap stocks have outperformed over time. Most studies focused on small-cap stocks (those under $2 billion according to Investopedia) found they outperformed larger stocks over time. This is not true every year and has not been the case in the age of FAANG, but over the long term, it has been true. It makes sense the same can be said about microcaps, the smallest small caps. One reason for the outperformance is the law of large numbers. Larger companies have to grow much more by dollar amount just to get the same percentage increase. Other reasons are often less regulation and less complexity.

4. More likely to be bought out. It's simple math, there are many more potential buyers of a microcap than of a large-cap. For example, there are no potential buyers of Amazon (NASDAQ:AMZN), Apple (NASDAQ:AAPL) or Alphabet (NASDAQ:GOOG) (NASDAQ:GOOGL), but a microcap software company could get a dozen suitors if they want to sell. Some of these companies even trade at a buyout premium.

5. Easier investor access to management. Quite often, you can speak directly to the CFO or even the CEO. Larger companies usually limit individual investor access to the Investor Relations Officer and getting in touch can take a while.

6. Management talks more off the script. Most business owners or executives like talking about their business. Executives of larger caps are much more wary, more aware of Reg FD, and have discussed among themselves what to say to analysts, journalists, and investors. Executives at smaller companies have less of a plan but eager to get their story out. I have often been surprised at the information I have been able to get.

7. You can take a large position. Better capitalized individual investors can sometimes take a large enough position to influence management.

8. Indexing has become so pervasive it is probably a benefit at this point for microcaps. Those smaller companies not in an index will get a shot in the arm if they grow enough to be added to one or more.

9. More nimble. I almost feel sorry for GE's John Flannery (until I saw his wages that is). His task is akin to turning an ocean liner. He said as much to investors yesterday. A microcap like Stein Mart (NASDAQ:SMRT), which I recently wrote about, was able to turn the company around in a year. Nimbleness also helps with quicker decisions and quicker cultural changes.

10. Microcap stock markets are more inefficient. This is due to less news available, less traders, less research, and less market makers. This is an opportunity for investors willing to put in the work.

11. Less exposure overseas. Microcap stocks on average get much less of their revenues overseas than large companies and are less impacted by geopolitical events or international economics.

Looks great, but not so fast. There are many drawbacks to be aware of.

1. Liquidity. Some are so small that even smaller individual investors have trouble getting in and out.

2. No analysts. Some have no analyst coverage, so you have to do your own research. Also, news outlets such as CNBC spend little time on microcaps. I personally consider this a reason to own microcaps as I am happy to do my own research and feel it gives me an edge.

3. Quality of management. The best managers get the biggest bucks and those are paid by the large-cap stocks. However, many microcaps are very well run. Keys to look for are track record, experience, turnover, and the number of red flags. Also, if you talk to them, see if they are a pure salesman or willing to be more balanced.

5. Less or no market makers. This causes the stock to be much more volatile. Also, the spread between the bid and ask is usually higher. That means it takes longer just to break even on the stock.

6. The SEC also has a horrible Tick Pilot Program aka 5 cent rule. A large group of microcaps can currently only trade a 5 cent increments for bids and asks. So, if the stock last sold for $1.00, the stock may have to go up 5% just for you to break even. That takes many months for the average stock. This SEC test ends October 3rd and what happens next is unknown.

7. Often dwarfed by competitors. Many of these companies compete against much larger, better-capitalized companies with much more resources. Make sure your microcap has some sort of edge that keeps their prospects good.

8. Less lobbying muscle. Most microcaps have little to no ability to impact government regulation and other moves. A company like Alphabet gets a seat at the table.

9. Delisting. Some microcaps near $1 in price may face delisting. Delisting usually results in mass selling, especially by any remaining institutional holders.

10. Pre-revenue. Many microcaps are pre-revenue startups where viability has not been established.

OK, so 11 to 10, the positives win, right? Well, for me, they do mainly because being retired I have the time to do the research necessary. Not everyone does. If you have the time and experience to do your own research, I recommend a significant portion of your portfolio in microcaps.

Unlike other stocks, there are few mutual funds or ETFs that specialize in microcaps. I looked at two ETFs with the name microcap in them. These are the iShares Micro-cap ETF (NYSEARCA:IWC) and the First Trust Dow Jones Select Microcap Index ETF (NYSEARCA:FDM). A sample of the stocks in both revealed few under $300 million. Mutual funds such as the Franklin MicroCap Value A (FRMCX), Perrit MicroCap Opportunities Investor (PRCGX), Perrit Ultra MicroCap (PREOX) each has over half their holdings in microcaps.

Investors may also want to consider the American Association of Individual Investors Model Portfolio most of which are microcap value stocks. This is mostly a passive portfolio determined by numerous screens. Initial market caps are $30 million to $400 million and the company must have positive earnings. The membership fee is quite low. Like AAII, I am also a deep value small-cap investor, so at any given time, I tend to have two or three of their stocks in my portfolio. They have significantly beaten the market over time, though their results have been more pedestrian in recent years.

If you are willing to do your own fundamental analysis or even if you are technician, owning microcaps as a relatively large portion of your portfolio makes sense. You can improve your odds by speaking with management occasionally. Since microcaps can be more volatile in price swings, diversification is important. Keep in mind, some are just too small to have adequate liquidity for you. My rule of thumb is, if you move the stock more than 1-2% in taking a position or if it takes more than a week, it's probably too small for you. That is unless you plan to buy and hold. Then nothing is too small.

Disclosure: I am/we are long SMRT. I wrote this article myself, and it expresses my own opinions. I am not receiving compensation for it (other than from Seeking Alpha). I have no business relationship with any company whose stock is mentioned in this article.

Follow Jeremy Blum and get email alerts
+
Add a comment
Disagree with this article? Submit your own.
To report a factual error in this article, click here.
Your feedback matters to us!