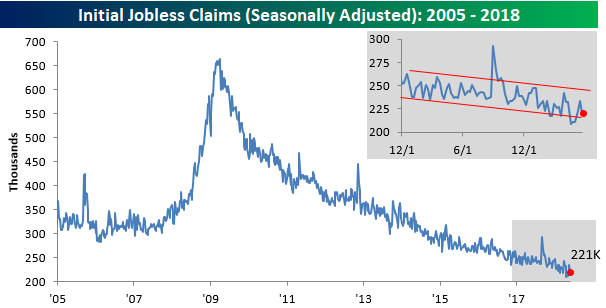 Although claims finally dropped again this week, the four-week moving average ticked up to 222.25K from last week's reading of 219.75K. That puts the current reading 8.75K above the multi-decade low of 222.25K from two weeks ago. Barring a big drop in claims next week, look for the four-week moving average to rise again, as we will be dropping a multi-decade low of 211K from the count. 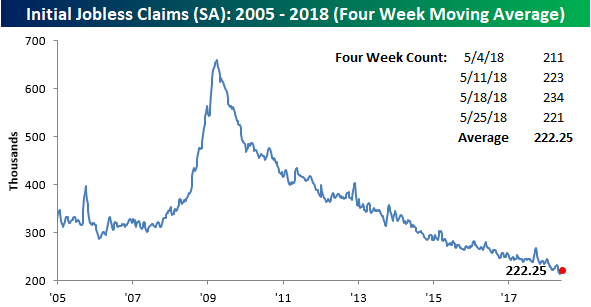 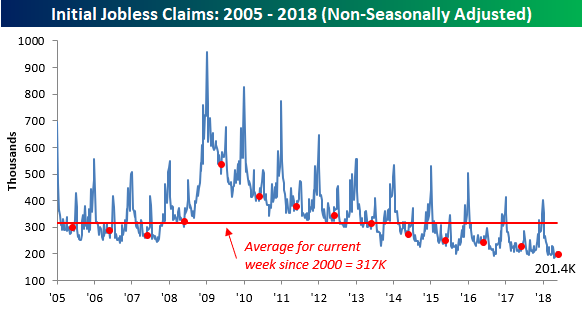