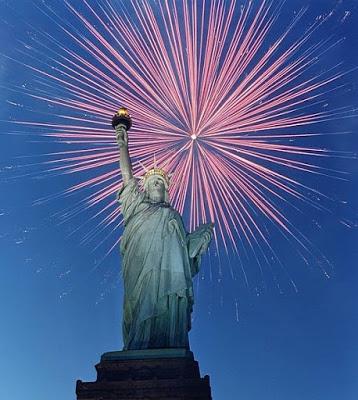 The inability of the S&P 500 to hold on to gains on Tuesday and the poor finish weighed on Asian equities on Wednesday. The MSCI Asia Pacific Index slipped 0.2% and posted its lowest close in nine months. The Chinese yuan, which is under close international scrutiny with many suspecting it is being used to send the US a message as the trade tensions are set to escalate before the weekend, rose slightly for the second consecutive session.

The stability of the yuan did nothing for Chinese stocks. The Shanghai Composite fell 1%, bringing the loss for the week to about 3.1%. The Shanghai Composite is down six weeks in a row before this week. We argue that the same forces that are generally underpinning the US dollar against most currencies are also impacting the dollar-yuan exchange rate. Moreover, the PBOC has eased policy in recent weeks, and its economic data have disappointed.

Chinese officials have the wherewithal to arrest the yuan's slide. It could increase capital controls. It could raise interest rates. It could resist what appear to be understandable market forces. That it is not using its full ability does not mean the yuan has been weaponized or that a bona fide currency war has begun. Like other central bankers, there is a preference for the currency to move in the direction of monetary policy. While denying it has weaponized the yuan, the PBOC governor has indicated that the yuan's slide is not problematic.

European shares fared better, and the Dow Jones Stoxx 600 managed to eke out a small gain. European-based chipmakers are caught in the crossfire between the US and China. Micron (MU) was temporarily banned from selling several of its products in China over an intellectual property dispute with United Microelectronics Corp. (UMC). Qualcomm's bid for NXP is still pending, 18 months and counting. Meanwhile, the US blocked China Mobile (CHL) from operating in the US on national security concerns, and Congress is reconciling bills already passed that will broaden US executive authority to prevent investments and exports.

The Dow Jones Stoxx 600 help support at the start of the week near 375. A move to 381 would likely confirm a near-term bottom is in place. The technical indicators are turning, and there is scope for a recovery toward 390 before more formidable resistance may be encountered.

The eurozone reported somewhat better than expected services PMI, and it helped lift the composite from the flash estimate. The service PMI stood at 53.8 in May and rose to 55.2 in June. The flash report had it at 55.0. The June composite edged up to 54.9 from the 54.8 flash estimate and 54.1 in May. It averaged 54.7 in Q2 after 57.0 in Q1 and 57.2 in Q4 17. Improved momentum was seen at the end of the quarter. The German composite of 54.8 is the best since March. With the help of a strong services PMI, Italy's composite jumped to 53.9 from 52.9 in May and is the best since February.

France disappointed. Previously, its manufacturing PMI was revised down from the flash (52.5 from 53.1 and 54.4 in May) to stand at the lowest level since February 2017. The flash service PMI reading of 56.4 was revised to 55.9. The composite was shaved to 55.0 from 55.6. Spain also disappointed with its services PMI after reporting a weaker-than-expected manufacturing PMI. Spain was the only large EMU member that reported an outright decline in the composite PMI.

The UK reported an unexpected rise in the June services PMI to 55.1 from 54.0. The composite rose to 55.2 from 54.5. The composite averaged 54.3 in Q2 after 53.4 in Q1. We continue to think that a Bank of England rate hike next month is still the most likely scenario.

Brent oil consolidated in the upper end of the previous day's range. It was the third session of lower highs. Light sweet crude for August delivery was firm just below $75 a barrel. The API estimated a 4.5 million barrel drawdown, and the EIA is expected to report a similar figure on July 5. In the past three weeks, US oils inventories have fallen by nearly 20 million barrels. Increased exports and increased refinery runs appear to be the major drivers.

US pressure is being brought to bear on those countries that chose to adhere to the deal with Iran. In Japan, Kyodo reports the Abe government has informed the Trump Administration that it is unable to reduce its oil purchases from Iran for fear of putting its own economy at risk. However, Abe seemed to offer an olive branch to the mercurial American president by canceling a previously arranged meeting in Tehran as part of a larger Middle East trip starting next week.

The US dollar was mostly weaker, led by the Swedish krona, which is recovering following the Riksbank meeting that reaffirmed it would likely raise rates later this year, before the ECB. With slippage of 0.6% on Wednesday, the dollar's loss over the past two sessions is a little more than 2%. Sterling gained a little more than a third of a percent. It reached a seven-day high of $1.3250. The 20-day moving average is a little higher, and sterling has not closed above it in nearly a month.

The euro continued to consolidate, as it has for the previous two sessions, within the range set on the last day in June: $1.1560-1.1690. A move above $1.1720 is needed to lift the tone. The dollar reversed lower against the yen on Tuesday, pulling back from the more than a month high near JPY111.15, to JPY110.50. The dollar was sold in Asia to JPY110.25 before finding stronger bids. Initial resistance is seen near JPY110.60 now.

The Australian dollar's gains were extended on Wednesday, but it met strong selling pressure near $0.7425. The data were mixed, with stronger-than-expected retail sales but a smaller trade surplus. The sharp drop in copper may have taken a toll. Copper dropped 2.2% to its lowest level in nearly a year. It is the sixth consecutive losing session. The metal was off about 11% in three-week slide coming into this week. With Wednesday's decline, copper is off about 3.7% this week.

The US dollar traded at nearly three-week lows against the Canadian dollar (~CAD1.3125). The technical indicators suggest the downside should still be favored. Canada and the US report trade and employment ahead of the weekend. We continue to expect the Bank of Canada to hike rates next week, and anticipate that it still sees scope for the removal of additional accommodation (i.e., rate hikes).

Marc Chandler
15.05K Followers
Marc Chandler has been covering the global capital markets in one fashion or another for 25 years, working at economic consulting firms and global investment banks. A prolific writer and speaker he appears regularly on CNBC and has spoken for the Foreign Policy Association. In addition to being quoted in the financial press daily, Chandler has been published in the Financial Times, Foreign Affairs, and the Washington Post. In 2009 Chandler was named a Business Visionary by Forbes. Marc's commentary can be found at his blog (www.marctomarket.com) and twitter www.twitter.com/marcmakingsense
Follow