There appear to be some serious on the ground problems with Walgreen’s (NASDAQ: WBA) takeover of 1,000 Rite Aid (NYSE: RAD) stores.

There was no connectivity between the Walgreens and Rite Aid computer systems even though all the Walgreen signage was up in the store.

The registers were still printing up Rite Aid receipts; even though the Walgreen signage was up, and the staff was wearing Walgreens’ coats.

It looks as if there was little or no realplanning to the Walgreen takeover of Rite Aid location.

From my advantage it appeared that somebody atWBA headquarters forgot to tell the IT team.

There appear to be some serious on the ground problems with Walgreen's (NASDAQ: WBA) takeover of 1,000 Rite Aid (NYSE: RAD) stores.

I observed the takeover process first hand on August 27, when I filled a prescription at a Rite Aid on South Colorado Boulevard in Denver's University-Hills neighborhood. I came away impressed by Walgreens' people, but skeptical of their process. Here are my observations:

It looks as if there was little or no real planning to the Walgreen takeover of Rite Aid location. From my advantage it appeared that somebody at WBA headquarters forgot to tell the IT team.

Still it appears that Walgreen's very professional staff is on top of the issues and more than capable of fixing them. Any problems that result will be temporary and get fixed, putting Walgreens in a much better position.

I did notice one bothersome detail during my visit to Rite Aid/Walgreens. There seemed to be a strong odor of desperation in the air. That made me wonder if Walgreens has fallen into the trap of add more revenue fast, in order to get enough money to pay for operations. 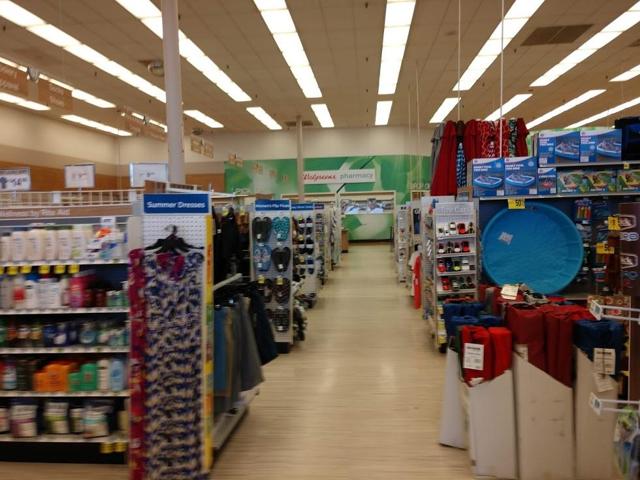 Walgreen Boots Alliance reported sales of $34.334 billion, and an adjusted operating income of $1.947 billion for 3rd Quarter 2018. That gave WBA adjusted net earnings of $1.522 billion for the same period.

That marks a different improvement over 2nd Quarter 2018 when Walgreens reported revenues of $33.021 billion and revenue growth of 12.14%, Stockrow reported. Walgreens also reported a net income of $1.349 billion, $1.98 billion in operating income, and $1.852 billion in earnings before taxes for that period.

Is Walgreens Building a Mountain of Debt?

The bottom line is that Walgreens is making money, but it has little cushion to fall back upon. The company reported just $1.749 billion in cash and short-term investments on February 28, 2018. That means any problems from the Rite Aid takeover and Walgreens might run out of money fast.

It also means more debt at Walgreens which reported $15.672 billion in debt and $22.559 billion in total liabilities on February 28, 2018. Walgreen should have no trouble borrowing additional funds because it reported an operating cash flow of $2.235 billion and a free cash flow of $1.927 billion for 2nd Quarter 2018.

Borrowing might be expensive for Walgreens because it reported a financing cash flow of $1.241 billion on 28 February 2018. That means it borrowed $1.241 billion during 2nd Quarter 2018.

The big winners from the Walgreen Rite Aid buyout will be the creditors in the short-run. Walgreen will have to borrow heavily for a few months or longer to get the cash it needs to fix this mess. That will cut into profits in the short-term because the company will have to pay off the loans.

Despite that, WBA has become a pretty good contrarian buy because it is undervalued. Shares were trading at $61.59 on 5 July 2018.

That price makes Walgreen a bargain because it paid a dividend of 40¢ on 12 May 2018. That dividend was up from 37.5¢ in May 2017. More importantly, Walgreen has been paying a quarterly dividend for over a decade, according to NASDAQ.

Walgreen is a great contrarian retail stock because it is expanding and making money. More importantly, Walgreen is a good company that is doing a good job despite the problems created by the Rite Aid merger.

Walgreen is a great value investment for those investors willing to ignore the latest hype and hysteria about Amazon. Walgreens will make more money, and own a large piece of the drug business in the United States for a long time to come. It is definitely a long term value investment.

Follow Daniel Jennings and get email alerts
+
Add a comment
Disagree with this article? Submit your own.
To report a factual error in this article, click here.
Your feedback matters to us!