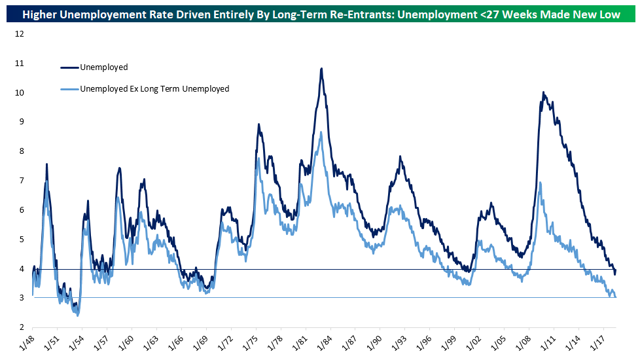 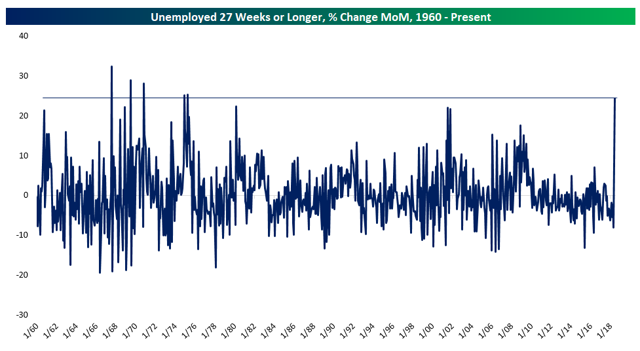 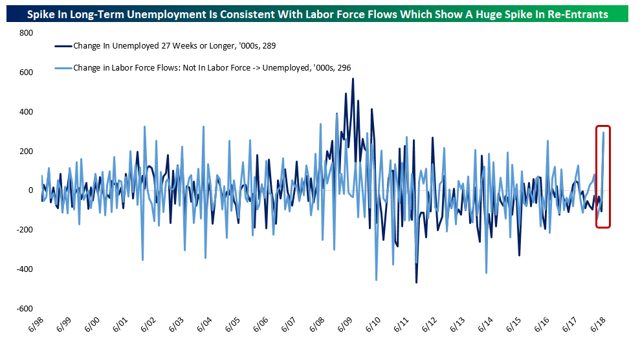 Looking at the bigger picture, the best measure of how robust the labor market is (the ratio of those aged 25-54 who have jobs to the overall 25-54 population) returned to cycle highs in June at 79.3% (matching February's level). This measure is now 1.0% below the mid-2000s cycle peak, 1.6% below the 1990s cycle peak, and 0.6% below the 1987-2007 average. There's lots of room for this measure of labor market slack to improve, but it's no longer dramatically depressed like it was in the earlier part of the expansion. 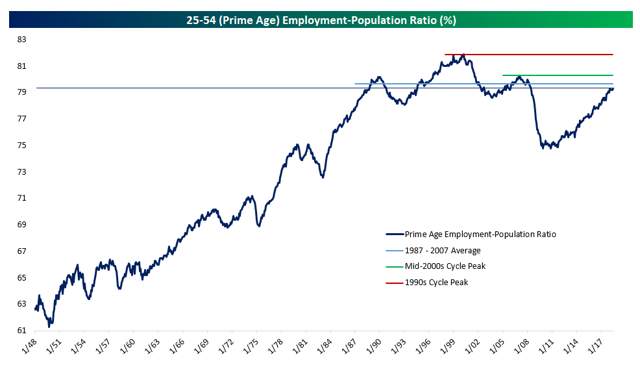 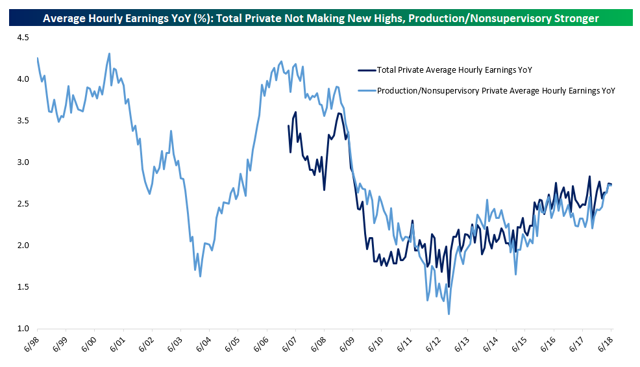