Okay, one more look at wage inflation, followed by a short diatribe on the unfairness of life.

As the labor markets get tighter, power is finally shifting from companies to workers. For some reason, Iowa is leading the way (the promised two sentences are in bold):

Say Hello to Full Employment - Want to know where the economy is headed? Look at Des Moines

(Atlantic) - This morning, the Labor Department announced that the national unemployment rate ticked up to 4 percent in June for good reasons, as hundreds of thousands more Americans sought work. For the first time in recorded history, the number of job openings is higher than the number of people looking for a job. That has raised hopes that wage growth might finally begin to pick up, with employers bidding more to attract new workers and offering raises to retain their existing staff. 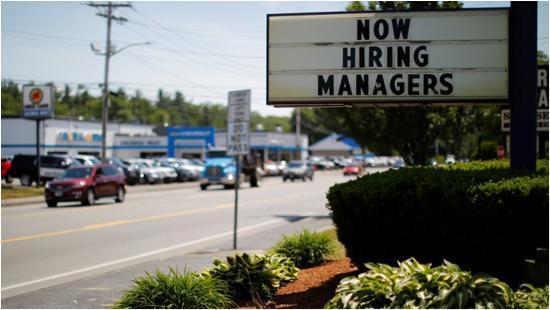 Full employment - that magical economic state, in which everyone who wants work has it, and at a good wage too - finally seems to be near. In much of Iowa, it already is. Out of every 100 people who want a job, 98 or 99 have one. The rate of wage growth has doubled of late, and businesses are scrambling to find workers. "It does feel like things are a little different in the last year," Elisabeth Buck, the president of the United Way of Central Iowa, told me. "Businesses are getting a little desperate."

Around the country, and especially in central Iowa, the low unemployment rate has slowly but surely tipped the balance of power away from employers and towards workers, who here in the Hawkeye State have been able to demand higher wages, better working conditions, more generous benefits, training programs, and myriad other perks.

Competition for workers has gone crazy, Joe McConville, who co-owns a popular chain of made-from-scratch pizza restaurants, told me. "At almost every restaurant that I've worked at, you always had a stack of applications waiting," he said. "You'd call somebody up and half the time they're still looking for an extra job. That's not happening anymore." He said he faced a "black hole" in terms of finding more experienced twenty-something employees, and that to compete he has paid out higher wages and added vacation days.More than that, Iowa's tight labor market has forced employers to offer training, reach out to new populations of workers, and accept applications from workers they might not have before - expanding and up-skilling the labor pool as a whole as a result. "Their attitude really seems to be changing," said Soneeta Mangra-Dutcher of Central Iowa Works, a workforce-development nonprofit. "They are looking at populations differently, who they should be looking at when they have jobs to fill, or people being screened out for things that really don't have an effect on the job."Some analysts have started warning about the same issue happening nationally, in some cases in pretty overwrought terms. The "number one problem [for businesses] is finding qualified workers," Mark Zandi, the chief economist at Moody's Analytics, said in a statement this week. "At the current pace of job growth, if sustained, this problem is set to get much worse. These labor shortages will only intensify across all industries and company sizes."

Most people reading something like this will respond with "It's about time!" And they're right, of course. Tight labor markets are finally redressing some of the imbalance between employers and employees, while pulling formerly marginalized people into the mainstream economy. These are good, if way overdue, trends.

The trick is to maintain this kind of an environment once it's achieved. And here the picture gets darker, because labor shortages lead to higher wages, which are a form of inflation that the Fed understands. The monetary authorities have no trouble ignoring epic increases in stock, bond, and real estate prices because those things are "assets" that aren't included in the "cost of living." So, for 9/10ths of this expansion, the rich - who own the assets - have gotten richer, while only at the very end, as the pool of available workers dries up, are those workers starting to get a (very slightly) bigger piece of the pie. Which then spooks the government into raising interest rates to choke off the "inflation."

Anyhow, that's what's coming. And every article like the one above solidifies the sense in Washington that higher interest rates and tighter credit terms are now necessary.

Why is it like this? Debt, of course. The more we borrow, the bigger the resulting financial bubbles and the deeper the subsequent downturns. And the longer each recovery has to run before wages start to rise. So the rich enjoy decade-long increases in the value of their London penthouses and Google (GOOG, GOOGL) stock, while their workers get a couple of decent years, at best, before things fall apart.

This sounds like an argument for socialism, but it's actually the opposite. The solution for ever-rising debt is sound money that limits the ability of government to engineer credit bubbles. That's also coming as the dysfunction of the current system becomes apparent to a critical mass of people.

So, get ready for terms like "currency reset" and "gold hits new record" to start generating headlines.

John Rubino
2.73K Followers
John Rubino manages the financial website DollarCollapse.com. He is the co-author, with GoldMoney’s James Turk, of The Money Bubble (DollarCollapse Press, 2014) and The Collapse of the Dollar and How to Profit From It (Doubleday, 2007), and author of Clean Money: Picking Winners in the Green-Tech Boom (Wiley, 2008), How to Profit from the Coming Real Estate Bust (Rodale, 2003) and Main Street, Not Wall Street (Morrow, 1998). After earning a Finance MBA from New York University, he spent the 1980s on Wall Street, as a money market trader, equity analyst and junk bond analyst. During the 1990s he was a featured columnist with TheStreet.com and a frequent contributor to Individual Investor, Online Investor, and Consumers Digest, among many other publications. He currently writes for CFA Magazine.
Follow
3 Comments