Fears of a trade war are heating up, but the US may be in a strong position to make a deal. This time on FS Insider, we spoke with legendary fund manager Felix Zulauf, head of Zulauf Asset Management and Zulauf Consulting, as well as a previous longtime member of the Barron's Roundtable, to get his take on President Trump's trade strategy and what it will mean for markets.

Many international observers didn't know what to make of President Trump's approach at first, whether he was just shooting from the hip or attempting to satisfy his base, Swiss-based Zulauf stated, but it's become very clear now that Trump has a strategy and may end up being successful in his efforts.

That strategy, Zulauf said, is very simple: Trump wants to level the playing field on trade and reduce the US trade deficit.

"Of course, there are risks that this could break out in a real trade war," he said. "That's a problem. But I do believe that Trump has a fairly good chance to get a good deal before the midterm elections. His timing to really jump on the Chinese is really (strong), because China is in a delicate situation. I respect the Chinese government very highly... they were prepared for some trade problems, but probably not to the degree that has come up."

The first $50 billion in tariffs the Chinese imposed were actually moderate, Zulauf stated. Trump doesn't want retaliation, but is instead trying to force a deal, and he's signaled that he's willing to escalate further to make his point.

This has put a lot of pressure on China, which was already slowing down. It has a big problem with private corporate sector debt, which has left these corporations in a funding crisis to the tune of about 20 percent of GDP. 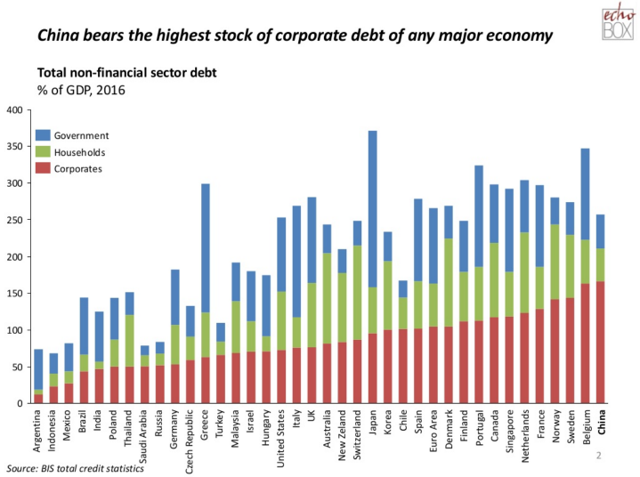 Trump Wants a Deal Before the Midterms

Ultimately, the Chinese will come to some sort of deal with the US, but the situation may look like it is escalating first, which would drive bearish sentiment in the markets.

On the other side of the equation, Trump likely has to strike a deal leading into the midterm elections to help solidify his political position. That means he has to increase the pressure between now and then.

"Before we get the good news, we will get bad news. This is happening against the backdrop of a declining and slowing world economy. The world economy is very split. We have the US economy, which is supported and accelerating due to the fiscal push, and we have virtually the rest of the world that all depend on China. And China slowing pulls everybody down."