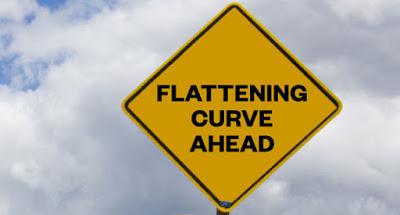 The seemingly arcane issue of the shape of the US yield curve has percolated into a cause celebre. The difference between the US two-year yield and 10-year yield has been trending down for several years. The last important peak was in late 2013 near 265 basis points. It has been straddling 30 bp in recent days. An inverse curve, where the two-year rate is above the 10-year rate is associated with recessions.

Several Federal Reserve officials have expressed concern about the trajectory. Several regional Fed presidents, including those from Atlanta, Dallas, St. Louis, and Minneapolis have suggested the desire to avoid an inversion could impact their outlook for monetary policy. Atlanta Fed's Bostic was quoted in the Wall Street Journal (July 8) noting that "any inversion is a surefire sign of a recession."

The median forecasts at the June FOMC meeting called for two more rate hikes this year and three in 2019. To avoid inverting the curve, it would seem to make sense then that the Fed adjusts the trajectory of monetary policy. That appears to be where Bostic, Bullard, Kashkari, and Kaplan are moving, though only Bostic votes this year.

However, this is to attribute too much authority to the yield curve. These regional Fed Presidents talk as if an inverted curve causes the recession. Instead, it is better to understand the yield curve as a reflection of economic and financial conditions. It is these conditions that are the real issue. Fear that, after the fiscal stimulus runs its course, the historically long business expansion will come to an end would be not be addressed by a steady Fed hand.

Play out the scenario. Worried about causing an inversion in the yield curve, the Fed refrains from hiking interest rates. How would the market respond? Given the strength of the economic data, investors could conclude that the Fed knows something it doesn't and gets spooked about an economic headwind or a financial problem. Alternatively, investors think the Fed is slipping behind the inflation curve and overheating economy and that the Fed would be forced to hike more later.

Indeed, this last scenario seems to be, at least in part, why Fed Chair Powell is not as worried about the yield curve as those regional Fed presidents. He argues that the flattening of the curve is not a harbinger of recessions and says that inversions in the past may have signaled a recession because inflation got out of control, which is not the case now. However, Powell aired other reasons why the flattening of the curve was important to monitor. He noted that a flat curve complicates bank profitability and could risk financial stability.

Brainard had been a dove among the Fed's Governors but transitioned to a more centrist position about a year or so ago. She also is playing down the implications of the flattening of the curve because the term premium is considerably lower than in the past. Some economists link the decline in the term premium to QE. Other economists argue that the negative yielding bonds in Europe and Japan also have the unintended consequence of pushing down US long-term yields more than would have otherwise been the case.

A recent Fed staff paper provided more ammunition to those who are trying to ease concern about the flattening. The paper argues that the 2-10-year curve may be noisy and that the key to it is the shape of the curve in the short-end. Specifically, it argues to focus on the three-month bill and the yield implied by the bill futures out six quarters. The study finds that this curve, which it back-tested, is not flattening nor threatening inversion and hence is consistent with no recession over the next four quarters.

Lastly, we note that Greenspan used to be fond of the yield curve from the five-year yield to the 30-year yield. He argued that the overall slope of the curve is very helpful in forecasting a recession. The five-30 year spread has flattened, and it stands near 21 bp. It is also the flattest since before the Great Financial Crisis. However, Greenspan sees the flatness of this part of the curve as generally favorable sign of future investment. The former Fed Chair sees that this curve, coupled with the rate of deficit spending, as highly correlated with capital expenditures. When the curve is flattening, he explains, capital investment goes up, and that is positive for the overall economy.

The prepared remarks for Powell's next week's testimony before Congress will be published before the weekend. He can be expected to play down the flattening of the yield curve while warning of the headwinds from trade tensions. With the August 1 FOMC meeting not live in the sense that there is even a remote chance of a rate hike, the debate over the significance of the yield curve could dominate the discussion.