Return correlations for the major asset classes have been ticking higher in 2018, based on the median of pairwise relationships for rolling one-year periods via a set of exchange-traded products. Although the median correlation is still well below levels reached last year, the upward trend this year is conspicuous, suggesting that diversification benefits generally may soften in the months (years?) ahead. 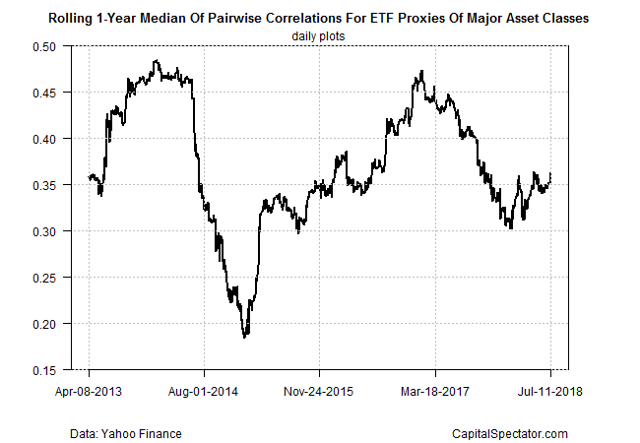 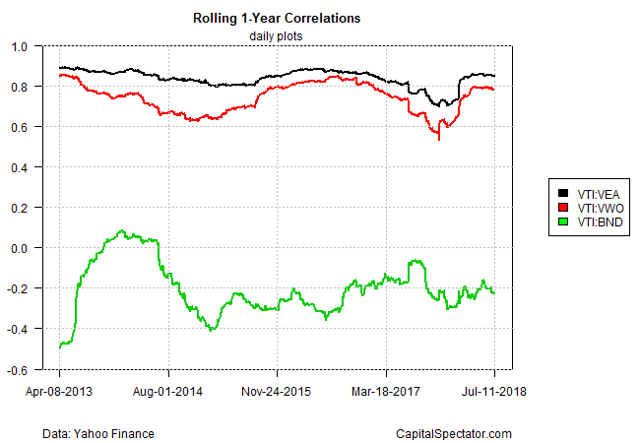 For a deeper review of correlations, let's turn to the complete dataset for all the major asset classes, based on the following proxies: 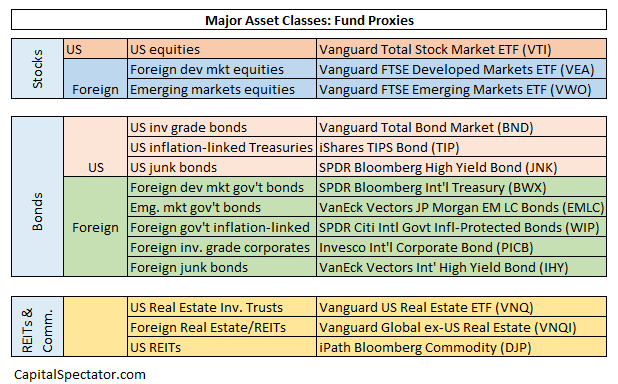 Let's begin with a look at all the pairwise correlations, based on daily returns for the current one-year trailing window. As the table below indicates, most of the correlations are positive. A few pairs, however, post negative correlations - the deepest negative relationship is between US stocks and US bonds (TIP and BND). 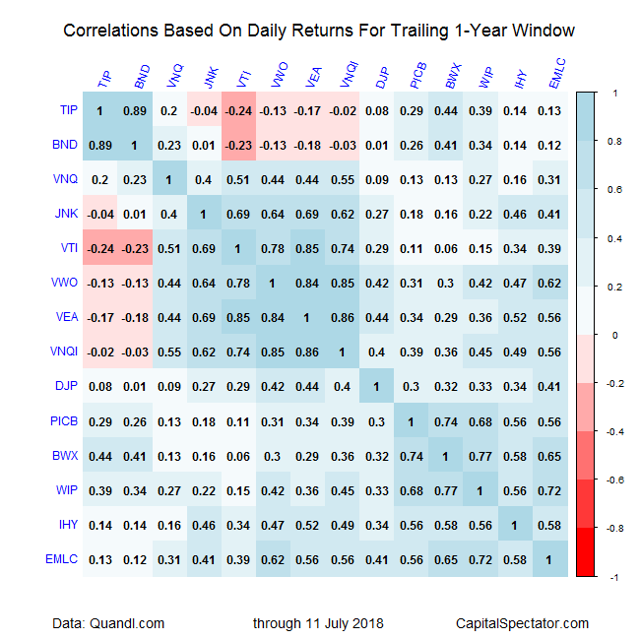 For another perspective, the next table shows how correlations stack up for daily returns over the trailing five-year period. Once again, the deepest negative relationship is between US stocks and US bonds. 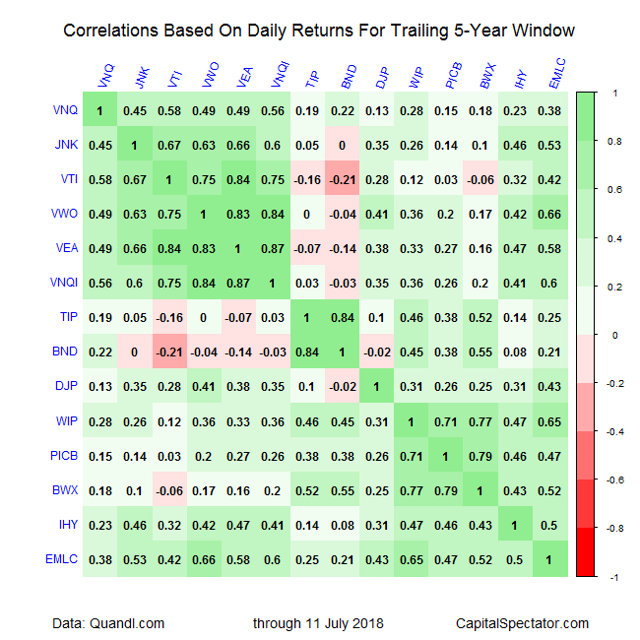 Finally, let's consider one other perspective: this time using one-year returns (252 trading days) to calculate correlations for the trailing five-year period through yesterday. By this definition, the deepest negative correlations are now between foreign stocks in developed markets and US bonds (BND and TIP), as shown in the next table below. One takeaway here is that it's crucial to estimate correlations using a time window that's appropriate for your portfolio strategy and investment horizon. 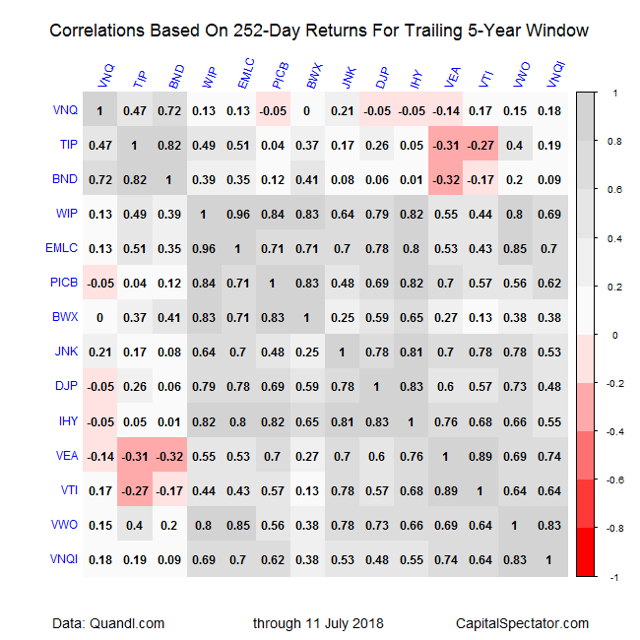 If there's one broad theme in the numbers, it's that there's a relatively wide range of correlations below 1.0 across the major asset classes. In turn, that's a sign that robust opportunities are available, albeit in varying degrees, for enhancing risk and return by designing diversified portfolios - an opportunity that's widely labeled as the only free lunch in investing.

Historical correlations, of course, are only a guide for designing and managing asset allocation. The next step is developing intuition about expected correlations. The obvious starting point for that task, however, is reviewing the historical record.

James Picerno
5.62K Followers
James Picerno is a financial journalist who has been writing about finance and investment theory for more than twenty years. He writes for trade magazines read by financial professionals and financial advisers. Over the years, he’s written for the Wall Street Journal, Barron’s, Bloomberg Markets, Mutual Funds, Modern Maturity, Investment Advisor, Reuters, and his popular finance blog, The CapitalSpectator. Visit: The Capital Spectator (www.capitalspectator.com)
Follow
1 Comment