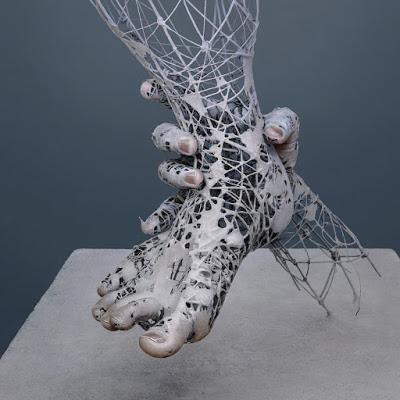 President Trump weighed in on Brexit and spurred the largest drop in sterling in more than two weeks. Trump encouraged Brexit, but he indicated he "would have done it much differently" and that he "actually told Theresa May how to do it, but she did not listen." Trump cautioned that May's plan would mean it would still be too close to the EU and this would "kill" a free-trade deal with the US. In effect, Trump backed the harder Brexit camp position. Sterling's slide accelerated as stops below $1.3170 were trigged.

Sterling's 0.6% loss (@ ~$1.3120) is co-leading the downside in the firm US dollar environment, having to share that role with the New Zealand dollar today, where a weaker manufacturing PMI (52.8 from 54.4) is taking a toll. Both sterling and the Kiwi have little chart support ahead of the lows made at the end of June near $1.3050 and $0.6690 respectively. Ironically, perceived fragility of Prime Minister May, despite her tenacity, and now with the US President siding with the most disruptive expression of Brexit, the EC may soften its position. Indeed, in recent days, even before Trump's comments, we detected movement by some officials, including Germany's Merkel and Ireland's Varadkar.

The other noteworthy development is on the trade front. China has not responded by publically detailing how it will make good on its threat to retaliate against the US if it carries through with 10% tariff on $200 bln of its goods. Given the level of US exports to China, we have consistently warned of an asymmetrical response. Still, some are suggesting that lack of specificity from China, is helping spur the equity market rally today. We are skeptical. The strong US equity rally yesterday, with the S&P 500 knocking on 2,800, which has capped gains since February, helped lift sentiment more broadly. Also, as we noted yesterday, Japanese investors have stepped up their buying of foreign equities, and the four-week average now stands at a three-year high.

China reported its June trade figures and its overall surplus increased more than expected. In dollar terms, the surplus rose to $41.6 bln from $24.2 bln, which is the largest since the end of last year. Month-to-month data trade data tends to be volatile, and there may have been efforts to beat the pending trade action. In the H1 18, China recorded a $139.6 bln trade surplus. This compares with a surplus of $177.5 bln in H1 17 and $241.8 bln in H2 17. China's bilateral trade surplus with the US rose to a new monthly record of almost $29 bln. Its surplus with Europe rose to its highest level since 2011, while China's deficit with Japan narrowed.

Treasury Secretary Mnuchin made the administration's position very clear but also demonstrated why the conflict with China is not really about trade. He said that while the US remains open to talks, China must commit itself to deep reforms of its economic system. The economic system is inextricably intertwined with its political system. China can and has changed its behavior over time and through pressure.

However, to make fundamental changes in its system a prerequisite to de-escalating the trade conflict is troublesome. Literally. Even with the 10% tariffs on $200 bln of Chinese goods that the US is threatening to impose after the public commentary period concludes at the end of next month, many economists estimate the impact on the Chinese economy to be around 0.5-0.75%. This is irksome, but it is hardly going to make President Xi abandon his strategic vision for China. That means the US may continue to increase pressure on China, at least through the November election, if it is not too cynical to suggest a link between the US domestic and foreign policies.

Many American policymakers and pundits in financial media seem confident that the US will win a trade war, even if they demur from the President's tweet that trade wars are easy to win. But shy of the kind of systemic changes, what does it mean to win? The broad trade balance (current account) can be understood on one level as the difference between US savings and investment. Through this lens, China nor any country forces the other to have an imbalance. In this sense, if the US lived within its means, there would not be an imbalance.

Imagine if China, which is the largest foreign lender to the US Treasury, demanded that the US fundamentally change. That the reforms adopted after the US triggered the Great Financial Crisis should not be diluted. That it is irresponsible for the world's largest debtor to cut taxes and increase spending that has resulted in a 16% increase in the US budget deficit to $607 bln in the first nine months of the fiscal year. Even if China cut all of its tariffs to US levels, given US policy priorities, the US trade deficit would still grow. There is one set of conditions that does reduce the US trade deficit, and that is a contraction in aggregate demand (a recession).

If China's trade figures provide fodder for continued trade tensions, its lending data illustrates the other major challenge officials are undertaking. Officials are trying to facilitate deleveraging and moving more of the shadow banking back onto bank balance sheets. It appears to be enjoying some success. Today's figures for June showed that aggregate lending rose CNY1.18 trillion. This is less than expected, though more than May. However, yuan-lending from banks rose CNY1.84 trillion, which was more than expected. The difference reflects the shrinking of the shadow banking activity. Separately, next week China will report Q2 GDP, and it is forecast to have slowed to 6.6-6.7% from 6.8%. Industrial output and investment are expected to have moderated further in June.

Asian equities rallied though Chinese markets were mixed. The MSCI Asia Pacific Index rose 0.5% and assured that the four-week slid ended. The benchmark is up 0.8% for the week. European shares are higher as well. The Dow Jones Stoxx 600 is up about 0.25% through the morning session. It had rallied 0.8% yesterday when the Asian equities were up 0.2%. If it can hold on to these gains, it will be the second weekly advance. MSCI Emerging Markets Index is up less than 0.2% before Latam joins the fray. It is up about 1.1% this week. It rose in only three weeks in Q2. And this week's rise is the biggest in two months.

European bonds are rallying, and benchmark 10-year yields are off 2-4 basis points. For the week, European yields are a few basis points lower with the notable exception of Germany Bunds where the yield is up nearly three basis points. The 10-year US Treasury yield is little changed today and is off almost two basis points this week.

The dollar is firmer against all the major currencies today and this week. The strongest of the majors this week is the Australian dollar, which has lost 0.7% against the greenback. The weakest is the Swedish krona, which is off nearly 2.2% against the dollar, and the Japanese yen, which has lost almost 2%. The euro has made new lows for the week, pushing briefly through $1.1615. The dollar's gains against the yen have carried it to JPY112.80. The high for the year is near JPY113.40. We note that the weakest currency in the emerging market space today is the Chinese yuan. It is off 0.55% on the day, which brings it down almost 0.9% for the week. The yuan has strengthened in only two weeks since the end of April.

The US and Canadian economic reports ahead of the weekend are not the stuff that usually moves the markets. The US reports import/export prices and the University of Michigan's consumer confidence. Canada reports existing home sales. The US earnings season accelerates with a few money center banks today. The prepared remarks Fed Chief Powell will make in his testimony next week will be released today. The comments are likely to highlight the strength of the US economy but emphasize the risks posed by the escalating trade tensions. Powell does take the yield curve seriously but seems less concerned than say Atlanta Fed's Bostic, who also speaks today, about the recessionary implications.

Marc Chandler
15.13K Followers
Marc Chandler has been covering the global capital markets in one fashion or another for 25 years, working at economic consulting firms and global investment banks. A prolific writer and speaker he appears regularly on CNBC and has spoken for the Foreign Policy Association. In addition to being quoted in the financial press daily, Chandler has been published in the Financial Times, Foreign Affairs, and the Washington Post. In 2009 Chandler was named a Business Visionary by Forbes. Marc's commentary can be found at his blog (www.marctomarket.com) and twitter www.twitter.com/marcmakingsense
Follow