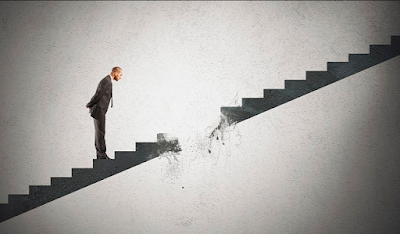 It was supposed to be a quiet week. The economic data and event calendar was light. There were three features, and none would likely disrupt the markets much.

The first two are in Europe. The eurozone flash PMI for July, the first insight into how Q3 has begun. The PMI is expected to paint a mostly steady economic activity. The June composite PMI rose for the first time since January, and it is forecast to be little changed in July. Maybe the best context is noting that the Q2 average was 54.7 and it was 54.9 in June.

The ECB holds its meeting a couple of days later on July 26. Policy is well understood - asset purchases to be tapered in Q4 and conclude at the end of the year. There will be at least nine months from the end of the purchases to the first rate hike, if the end of the summer means September 2019 at the earliest. Draghi is likely to remain confident about the economic expansion. He may have some insight into Q2 GDP and CPI that will be released at the end of the month.

The market expects it to be a little faster growth than the 0.4% quarter-over-quarter pace in Q1. Regardless, the year-over-year pace is bound to slow. Recall that in 2017, the eurozone economy expanded consistently at a 0.7% pace after Q1. The euro has been firmer on a trade-weighted basis, and crude oil prices are off about 10% this month. This would seem to suggest some downside risks and more on the headline than core.

The third highlight of what was to be a quiet summer week was the first look at Q2 US GDP. There is little doubt that the world's biggest economy accelerated in Q2 from the 2.0% annualized pace in Q1, which is typically a weak quarter this side of the Great Financial Crisis. The recovery in consumption and contribution from trade may have driven the improved growth. Remember consumption rose at an annualized pace of 0.9% in Q1, the slowest in five years. Consumption likely rebounded and may have surpassed the longer-term (five-year ) average of 2.8%. Net exports probably contributed more to quarterly growth as supply chains and inventories may have been adjusted related to tariffs, actual and anticipated.

Like the government, the economists have to make estimates for data that has not been released yet, especially for trade and inventory. The median forecast of the Bloomberg survey is 4.3%, while the Wall Street Journal's poll produced a median of 4.1%. The Atlanta Fed's GDPNow puts growth at 4.5%, while the St. Louis Fed sees 3.3%. The New York Fed's GDP tracker shows the economy expanded at a 2.7% clip. The average is almost 3.8%. Most expect growth to slow in the second half to a more sustainable pace of around 3% in H2.

President Trump's comments at the end of last week left investors shaken. He began with unusual public criticism of the Fed's monetary policy, but if it was an encroachment of the Fed's independence, the market did not expect the Fed to pay much attention. The October Fed funds futures contract finished the week with an implied yield of 2.14%. That compares with 2.125% on July 13 and 2.105% at the end of June. The same is true for the January 2019 contract that now implies 2.31%, up from 2.285% on the week and 2.27% since the end of June.

The criticism of Fed policy though sent the dollar lower, as the sterling was at new lows for the year and the yen was at its weakest level since early January, and the euro was slipping toward its lows. Then, Trump's comments claiming that China, EU, and others were manipulating their currencies kept the dollar under pressure, though there was no break of the recent ranges. It plays on investors' fears that the escalating trade conflict (Trump threatened to put a tariff on $500 bln or nearly all imports on goods from China) risks a competitive devaluations.

The yuan is closely managed. It has fallen sharply. Therefore, China must be driving it lower, and it must be understood within the context of the trade conflict.

We offer an alternative interpretation. The same macro forces, which we suggest are monetary policy divergence and the US policy mix that have been driving the dollar higher against all other currencies, are lifting the dollar against the yuan. The PBOC has eased the policy while the Fed is tightening. The US economy is strengthening while the Chinese economy is slowing. The S&P 500 is up 4.8% year-to-date, while Shanghai Composite is down 14.5%. The 10-year interest rate differential is about 62 bp in China's favor. It has rarely been less over the past seven years. China recorded a current account deficit.

Is there a fundamental case for the yuan to resist the macroeconomic pressure driving it lower? In the first quarter, the yuan was among the strongest currency, appreciating 3.7% and outperforming its reference basket. It has underperformed in Q2. It is off 3.9% year-to-date. The JPMorgan Emerging Currency Index is off about 7%. China does not need to engineer a weaker currency, market forces are sufficient.

The setting of the reference rate is opaque. The PBOC seems to use it and the reference rate to moderate the pace of the yuan's decline. A purposeful effort to weaken the yuan will undermine China's other policy objectives, including financial stability (shades of 2015 summer), the internationalization of the yuan and, perhaps under-appreciated by many observers, the desire to attract foreign capital. There are numerous ways that China is encouraging capital inflows.

Moreover, we suspect it is the wrong reading of China's tactics. They are minimizing their confrontational response. They are demonstrating a restraint that has gone largely unobserved. First, they have toned down the "Made in China 2025" rhetoric. How would a reasonable person know that motto would so irk the United States, whose president is just as nationalistic, "Make America Great Again?" It seems like many countries have a nationalistic aspirational goal expressed in some slogan.

China has not launched a consumer boycott against US brands as it did to South Korea in response to the deployment of a US-made missile defense system. After Japan nationalized the disputed islands, China boycotted conferences that Japanese officials would attend and embargoed exports of rare earths of Japan. China currently allows the yuan to trade in a 2% band around the reference rate the PBOC sets against the dollar. If China wanted to send a currency message, it could widen the band to 5% as the PBOC allows for other approved bilateral currency pairs.

Often even Chinese critics recognize the long-game that its officials seem to engage. Competitive devaluation is a short-term tactic. Chinese exports, especially of electronic goods, still appear import intensive. A Chinese export that is essentially imported semi-finished goods or component and assembled with Chinese labor. If the actual costs of the production incurred in yuan are 25%, then it would take a 40% currency depreciation to offset a 10% tariff, assuming full pass-through. Moreover, Chinese exports may be more sensitive to foreign growth than the yuan's foreign exchange level. The use of the dollar as an invoicing currency also may limit the sensitivity to short-term yuan fluctuations.

President Trump's unorthodox way has added an extra source of short-term volatility. This may continue to happen from time to time. Other markets, like equities, have become more resilient when individual companies are singled out. Perhaps, it is more difficult in the foreign exchange market because the G7 agreement to allow markets to determine exchange rates is an arms control agreement, and violation or even appearance raises the hackles of investors' animal spirits.

From a market point of view, this might not be the most opportune time for the US President to push for lower interest rates and a weaker dollar. A few days earlier, the White House acknowledged that the budget deficit will be $100 bln a year, larger than it previously forecast for the next two years. In the coming days, between bills and bonds, the US Treasury will raise more than $200 bln.

The Federal Reserve is raising interest rates because the economy is growing strongly and price pressures are rising. A stitch in time saves nine we are told. In the past downturns, the real Fed funds rate has been negative before the economy recovered. The Fed funds target is 1.75-2.00%. Headline CPI is 2.9%. The real 10-year yield is nearly zero. It seems unprecedented to have negative real rates this late in the business cycle, which is among the longest. Last month's forecasts by the Fed show that the median forecast is that the long-term Fed funds equilibrium rate is 2.75-3.00%. The Fed funds futures strip implies the market expects the target range to peak 2.50-2.75%.