"Index Points to a Rebound in Economic Growth in June." This is the headline for Monday morning's release of the Chicago Fed's National Activity Index, and here is the opening paragraph from the report:

"Led by improvements in production-related indicators, the Chicago Fed National Activity Index (CFNAI) rebounded to +0.43 in June from -0.45 in May. Two of the four broad categories of indicators that make up the index increased from May, and three of the four categories made positive contributions to the index in June. The CFNAI Diffusion Index, which is also a three-month moving average, was unchanged at +0.15 in June." [Link to News Release]

Background on the CFNAI

The Chicago Fed's National Activity Index is a monthly indicator designed to gauge overall economic activity and related inflationary pressure. It is a composite of 85 monthly indicators, as explained in this background PDF file on the Chicago Fed's website. The index is constructed so a zero value for the index indicates that the national economy is expanding at its historical trend rate of growth. Negative values indicate below-average growth, and positive values indicate above-average growth.

The first chart below shows the recent behavior of the index since 2007. The red dots show the indicator itself, which is quite noisy, together with the 3-month moving average (CFNAI-MA3), which is more useful as an indicator of the actual trend for coincident economic activity. 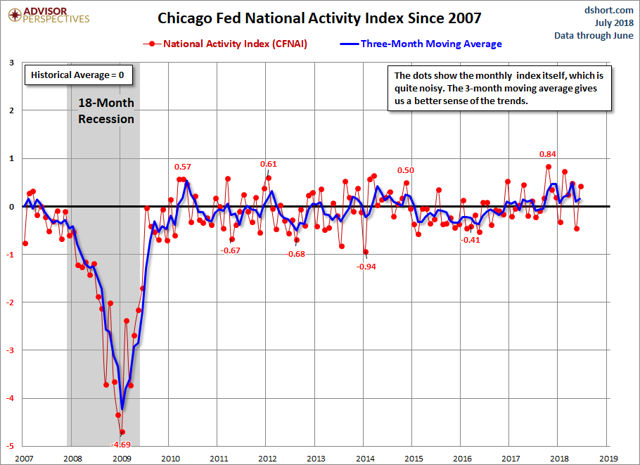 For a broad historical context, here is the complete CFNAI historical series dating from March 1967. 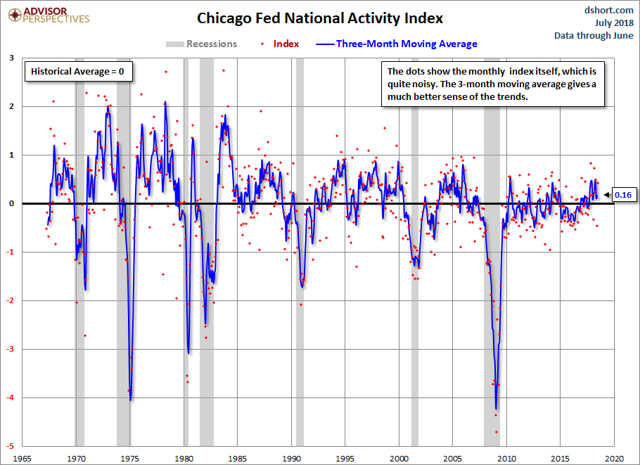 The next chart highlights the -0.7 level. The Chicago Fed explains: 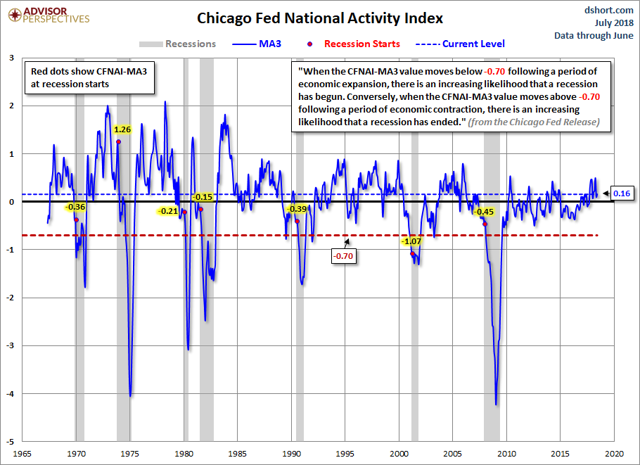 The next chart includes an overlay of GDP, which reinforces the accuracy of the CFNAI as an indicator of coincident economic activity. 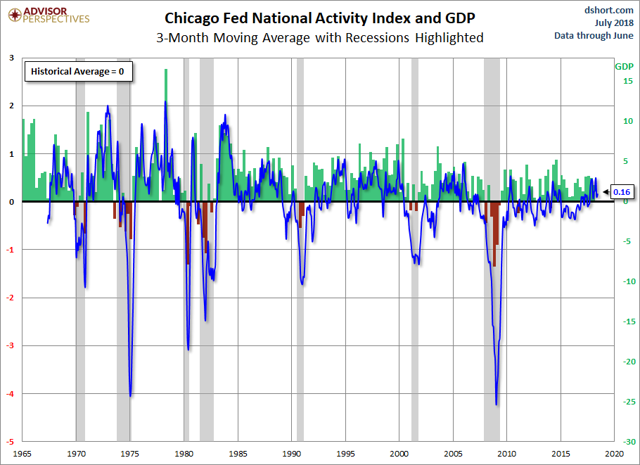 Here's a chart of the CFNAI without the MA3 overlay - for the purpose of highlighting the high inter-month volatility. Consider: the index has ranged from a high 2.68 to a low of -5.01, with an average monthly change of 0.62. That's 8% of the entire index range! The latest reading is a month-over-month change of 0.88. 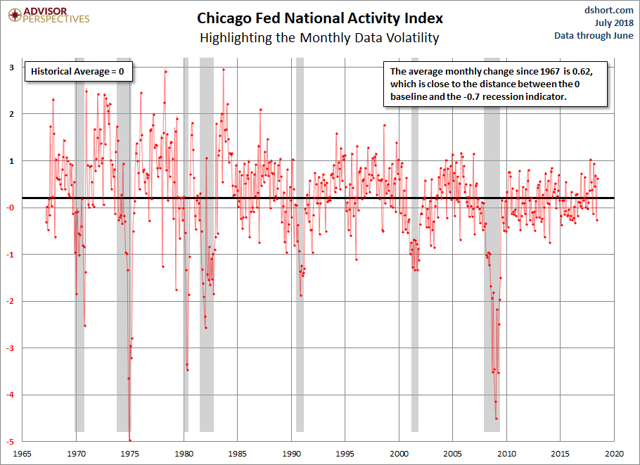 Further underscoring the volatility is the roller-coaster list of CFNAI monthly headlines from 2016 forward.

In the final chart, we've let Excel draw a linear regression through the CFNAI data series. The slope confirms the casual impression of the previous charts that National Activity, as a function of the 85 indicators in the index, has been declining since its inception in the late 1960s - a trend that roughly coincides with the transition from a good-producing to a post-industrial service economy in the information age. 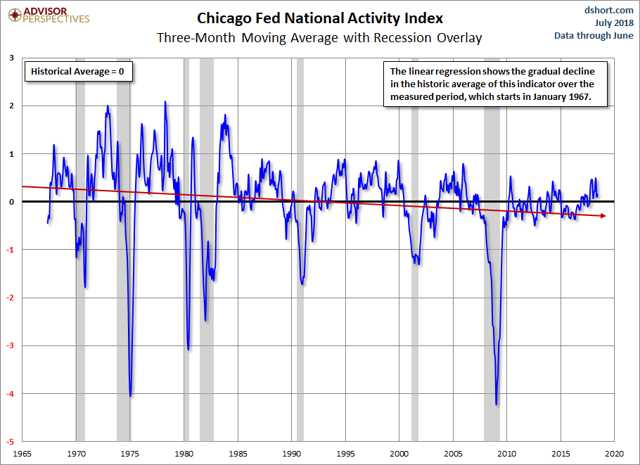 For a more detailed perspective on long-term economic trends, see our latest "Understanding the CFNAI Components", which we update within a day or so after the CFNAI is released.

Our next release of the CFNAI will be on August 27.