FX calm contrasts to fears of a currency war.

Trump's call for end of all trade barriers between US and EU is likely a tactic, not a likely outcome of talks with Juncker. 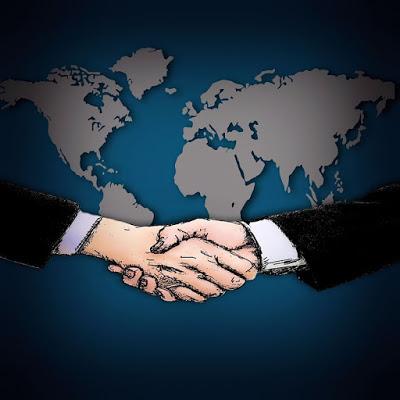 The US dollar is trapped in narrow trading ranges. That itself is news. At the end of last week, the US President seemed to have opened another front in his campaign to re-orient US relationships by appearing to talk the dollar down. Contrary to fears and media headlines of a currency war, the dollar is fairly stable. And, looking at the fed funds futures strip, if anything, the market is pricing in a slightly greater chance of two more rate hikes this year than it was before the President spoke.

Although the media and short-term traders had to take notice of Trump's comments, other countries did not take the bait. There is no currency war, and the Federal Reserve's independence is intact.

At the same time, the dollar has not been able to regain the momentum that it had before Trump's comments. It continues to consolidate. The euro has been confined to about a quarter-cent range. It is firm near $1.17 where a 927 mln euro expiring option is struck. There are another billion euros on a $1.1750 strike that is also expiring. Note that the $1.17 level is a popular option strike and there is another expiration there tomorrow and 1.4 bln euros on Friday.

The German Ifo failed to stir the market. The business climate measure slipped but not as much as had been expected. Still, it has not risen since last November. The current assessment edged up to 105.3 from 105.2. This seems consistent with the improved flash PMI. The expectations component eased more than expected. It is the lowest since March 2016.

The EC's Junker is in Washington today to talk trade. Trump has provocatively called for the end of all tariffs, subsidies, and barriers. The US and Europe had been negotiating a free-trade agreement (TTIP), but domestic political considerations ended the talks. Given Trump's distaste for multilateral agreements, many suspect Trump's call is primarily meant to shake things up and keep the adversary off-balance.

Eighteen months into the Trump presidency, there can be no mistake. His trade initiative is not just aimed at China, like many thought. Auto imports, which are under investigation on national security grounds, are more of an issue for Europe, Canada, Japan, and Mexico than China. Tariffs on autos and auto parts would be significantly disruptive than the actions seen so far.

The ECB reported money supply M3 growth accelerated to 4.4% from 4.0%. It is the third consecutive increase. The pace peaked last September at 5.2%, and last June stood at 4.9%. Lending to firms increased to 4.1% year-over-year from a 3.7% pace in May. This is the strongest pace since 2009. Lending to households was unchanged at a 2.9% pace. The ECB meets tomorrow, and the data coupled with the GDP implications of the PMI will likely underpin its confidence. Brexit and trade issues will likely be featured at the press conference.

Sterling has edged higher, though also in narrow ranges. Reports that Prime Minister May is taking charge of the negotiations has been understood by the market as favoring a softer Brexit. This is consistent with the apparent pattern for sterling to gain on soft Brexit hopes and weaken on hard exit or an exit without an agreement. Sterling is knocking against the 20-day moving average (~$1.3175). A move above there would target $1.3300.

Japan reported strong department store sales, but the market is more focused on possible changes of the BOJ's policies. The yield on the 10-year JGB eased almost a single basis point to about 0.065% yield. US and European benchmark 10-year yields are 1-2 bp lower, while the peripheral yields are off a bit more. Although Chinese mainland shares could not maintain the upside momentum, Japanese shares managed to hold on to modest gains, extending yesterday's gains by almost 0.5%, and helping lift the MSCI Asia Pacific Index for the second consecutive session. Foreign investors were net sellers of Korean and Taiwanese shares today.

The dollar has thus far remained below yesterday's high against the yen (~JPY111.50) and has not risen above the previous session in a week. It has held above yesterday's low (~JPY110.95) which was above Monday's low (~JPY110.75). However, given the price action and softer US yields, the greenback looks a bit vulnerable.

Australia reported a slightly softer than expected Q2 CPI. It rose 0.4%, matching the Q1 rise but softer than the 0.5% that economists expected. It was a soft 0.4% as it was rounded up from 0.38%. The year-over-year rate did tick up to 2.1% from 1.9%. The trimmed and weighted median measures met expectations. The Australian dollar initially was pushed off the perch it had reached near $0.7460 and found bids a little below $0.7400, where there is an A$680 mln option expiring today. Views on the outlook for the RBA is unaffected by today's news.

The US reports new home sales. Following disappointing housing starts and existing home sales, another soft housing report out not to surprise. New homes sales remain near the cyclical peak. Several large US multinational companies report earnings. The S&P 500 gapped higher yesterday, and although the early momentum was not sustained, a small gap remains (~2808.6 to ~2811.1). The gap may draw prices, but if it remains unfilled, it would be seen as a bullish indicator.

Follow Marc Chandler and get email alerts
+
Add a comment
Disagree with this article? Submit your own.
To report a factual error in this article, click here.
Your feedback matters to us!