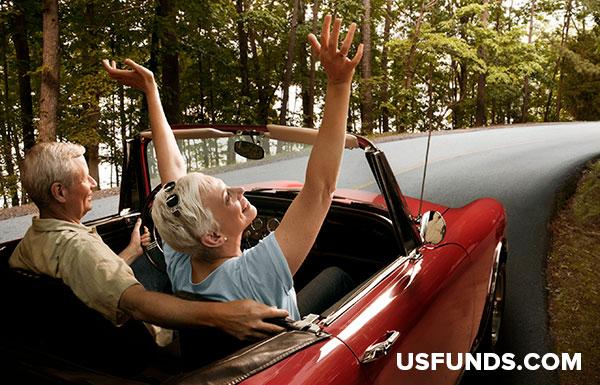 When you think of the top 1 percent of all income earners in American households, how much do you think this group rakes in? Millions? Tens of millions? What about the top 10 percent?

This income level varies widely by both state and city. In San Jose, California, the top 1 percent income threshold is close to $1.2 million, almost double the level for Los Angeles. As seen in the chart below, the spread is fairly wide between the top 10 most populous cities in the U.S. In San Antonio, Texas – home to U.S. Global Investors – you’d need to make $416,614 annually to be considered in the top 1 percent, slightly below the national threshold of top 1 percenters.

Contrast the above income statistics with the picture often painted in the media that the wealthiest Americans aren’t paying their fair share. According to the Tax Foundation, the top 1 percent of households collectively pay more in taxes than all of the tax-paying households in the bottom 90 percent.

Below is the line chart from the Tax Foundation showing how the income tax share for each category has changed since 1980. For the majority of years, the share of the bottom 90 percent fell while the share of the top 1 percent rose.

Taxpayers in the highest bracket should see a noticeable change when filing for the 2018 tax year since the top rate fell from 39.6 percent to 37 percent. President Donald Trump’s administration passed the Tax Cuts and Jobs Act in late 2017, which included small reductions to income tax rates for most individual brackets plus changes to exemptions, deductions and more. The average top 1 percent taxpayer will get a tax break of over $50,000 in 2019, according to estimates.

The new tax bill, however, eliminates the ability of taxpayers to deduct more than $10,000 in state and local taxes from their federal tax returns. This could significantly increase the tax burden of top earners who itemize their deductions in high-income tax states such as California and New York. One possible solution for these investors could be to take advantage of municipal bonds, which are often exempt from local, state and federal taxes.

Although it can be discouraging to see how top earners pay the majority of income taxes, there are still tax advantages for hard-working Americans who make saving and investing a priority in their lives.

How can you help make sure less of your money is going to the government and more of it is working for you in your investments? One way is to maximize your contributions to tax-advantaged investment vehicles such as an individual retirement plan, a 401(k), individual retirement account (IRA) or simplified employee pension (SEP) for the self-employed, all of which offer tremendous tax benefits.

To make it easier to have the discipline to set money aside, try an automatic plan that invests a fixed amount at regular intervals, such as the U.S. Global Investors’ ABC Investment Plan.

“Maximize your income (by upgrading your education or job skills). Minimize your outgo (by living beneath your means). Religiously save the difference. (Easier said than done.) And follow proven investment principles.”

What matters most is being grateful for what you have. I’m a big believer that wealth is not a number or an amount, it’s an attitude and the umbilical cord to attitude is gratitude.

All opinions expressed and data provided are subject to change without notice. Some of these opinions may not be appropriate to every investor. By clicking the link((s)) above, you will be directed to a third-party website((s)). U.S. Global Investors does not endorse all information supplied by this/these website((s)) and is not responsible for its/their content.