Editor's note: Seeking Alpha is proud to welcome Millenia Asesora de Inversión as a new contributor. It's easy to become a Seeking Alpha contributor and earn money for your best investment ideas. Active contributors also get free access to the SA PRO archive. Click here to find out more »

It was April 2011, and Silver was making headlines everywhere as it reached $50 an ounce.

Voracious financial investment demand had been pivotal to Silver's pop that matched levels only seen in 1980, after the Hunt Brothers bought the metal aggressively for seven years, at one time owning 55 million ounces of Silver.

After that correction from 2011 high, apathy abounds. The metal lost its brightness, as it continues to be trapped between support and resistance levels.

Is it a liquidity or a volatility problem? I don't think so. Gold and Silver markets are about as liquid as it gets. Yes, we could say that Gold is the more liquid of the two metals due to its greater demand, as well as supply over Silver. But not the reason of the lack of interest.

I believe the reason why Silver is not getting market participants' attention is because of its reputation of being a manipulated market.

Financial history books remember the 1960s Alan Rosenberg case to the Silver Thursday event on March 27, 1980, following the Hunt Brothers' attempt at cornering the Silver market that led to a panic steep fall in Silver prices.

Since then regulators increased their efforts to avoid these issues, which led to many red flags being raised over the last decade.

From 2010, HSBC and JPMorgan were accused of manipulating the Silver market to the 2016 evidence of collusion among the fixing banks, until last January where the CFTC Filed Anti-Spoofing Enforcement Actions against UBS and others.

Several indicators tracked are telling me that Silver's indifference within the investment community might end up soon.

Market Sentiment is at historic low.

Market sentiment, normally defined as crowd psychology, is the overall attitude of investors toward a particular security or financial market.

For some markets like Silver, I tend to measure extreme levels on a simple Relative Strength Index.

As per its definition, settings of 70 and 30 are considered standards that serve as clear warnings of overbought and oversold conditions of a particular asset, respectively. It's a visible sign of either an overheated market or one that is oversold.

Every time it reached the 30 area, it rebounded.

That "magical" 30 figure on Silver was reached last week, again.

Why this is so important?

Producers are natural sellers of Silver in the futures markets, as a hedge.

That number can be followed every weekly in the report released by the Commodity Futures Exchange Commission, which tracks the Commitments of Traders.

As per the last report, the Commercial Group, represented by Producers, Merchants, Processors, Users and Swap Dealers form that Commercial Group, started to act in line with what the Relative Strength Index is telling: Increased their long position, reduced the shorts.

Who do you believe represents "Smart Money" for metals?

I leave that answer to you...

By how they performed in the last few years, I believe the Real Smart Money are the producers, although those are very difficult to track on a weekly basis. As defined in the 2018 World Silver Survey, that group is defined as the Global Producer Hedge Book, which stood at 33.3 Moz (1,036 t) at the end of 2017.

The Gold to Silver Ratio is actually simple: It's the amount of Silver ounces it takes to purchase one ounce of Gold.

Over the last 25 years, 80:1 area proved to be "A LINE IN THE SAND" and the start of an upward move on Silver.

Silver is consolidating around that 80:1 ratio for several weeks.

Will history repeat itself? 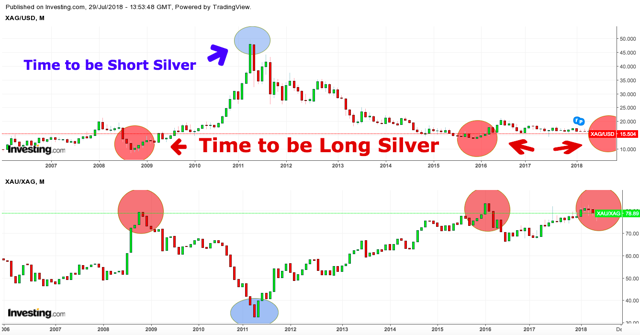 A real world message: Silver is in deficit.

This time of 26.0 Moz (810 t) according to a Reuters publication together with the World Silver Institute.

Why is this deficit so meaningful? Because it happened despite a huge fall recorded from coin and bar investment of 27% to 151.1 Moz (4,699 t) mainly due to the Bitcoin frenzy, which happened during 2017.

That Bitcoin appetite calmed down lately... 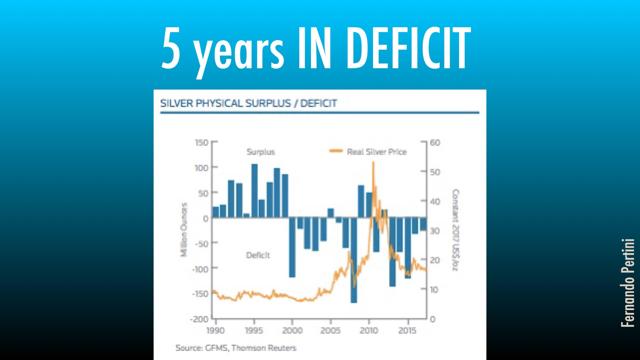 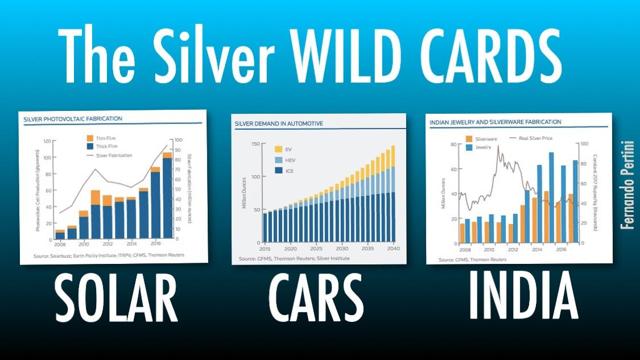 What's behind those transfers?

Compiling all data suggests that the notional value of Silver transfers increased 29% year on year to approximately $2.8 trillion in 2017, a second consecutive increase, representing way above a CAGR of 6% yearly average since 1997.

According to many information providers, JPMorgan amassed a gigantic hoard of Physical Silver to become the largest single owner of physical Silver in history.

The answer to that question is still unknown. The end of story is yet to be seen... 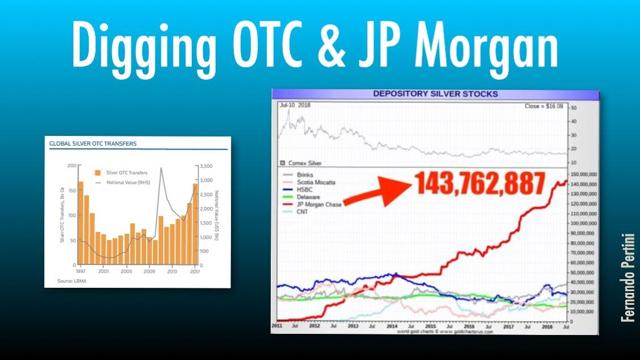 One last chart expresses the beliefs of two of the world's greatest investors and it will help you, as it helped me with my final conclusion. 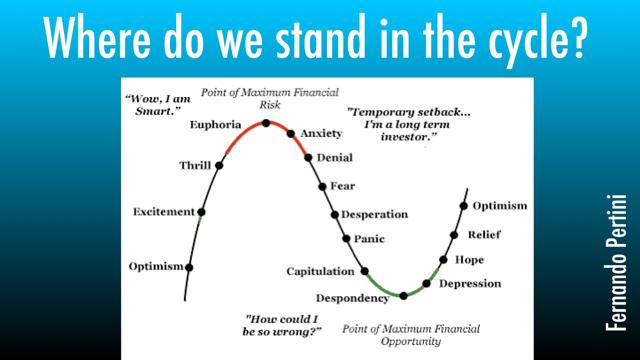 I do believe it's a good time to own some Silver.

Would love to hear your comments and thoughts!

Fernando Pertini
285 Followers
Advisor on Global Issues and Banking. Spent 30+ years of my career seeking the same goal: Understand Client needs, help managing risks and opportunities, work together to make the complex simple. What can keep me awake all night? Decode on what to invest before the crowd does.
Follow