The jobs report was relatively blah, but the S&P picked up some in the afternoon.

We are born pattern detectors, every last one of us. That's not a problem necessarily, so long as we keep our limitations in mind.

A washout in vol is under way: likely not yet time to get into long-vol products yet.

US stocks (DIA, QQQ) had a rather mixed performance on Friday, depending on the index. While the S&P (SPY) ended the day up 12.50 points, all the upside action basically took place in the afternoon with the close on the highs.

There was little response to what amounted to a fairly "meh" jobs report. Spot S&P volatility ran lower as the session wore on. Small caps (IWM) took a breather, but small-cap implied volatility ran higher.

The better question might be whether in raw count there has been a difference at all. The formula for measuring whether two means are statistically different involves generating a test statistic and finding out whether it is large enough to warrant rejecting the null.

The t-stat formula can be seen below. In any event, given the variation in the monthly data above, it may well be the case that there isn't much (if any) of a statistical difference between the two adjacent time frames.

I bring this up because as humans, we look for patterns all the time. Sometimes our ability to pick up on these relationships can be quite good, and other times not. Both as writers and readers, we're looking for clues to suggest whether change is afoot in a given market for some reason or other.

We are barraged by such signals (MVB is in fact no exception). My take is that the key is not to "buy" someone's argument, but rather just to listen and process what they have to say. What could make the prognosis true? How could it be erroneous? I don't think that simply agreeing or disagreeing is all that useful to developing one's own understanding on a matter. 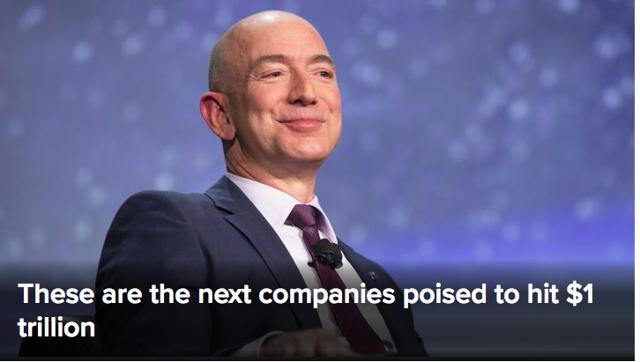 The stock market can be a dangerous place to count pre-hatched chickens. None of us should preclude the possibility that one or more of the big-tech stocks (GOOG, AMZN, MSFT) will fail to make it past the $1T mark. On the other hand, it's by no means a given either.

Spot vol took quite the spill between Thursday's pre-market (when trade concerns were flaring again) and Friday's blissful close. When we know the outcome, that result seems inevitable.

But we should step back and appreciate the recent drubbing that the VIX just took, if for no other reason than to note that vol really can deflate on rather short notice (many believe that vol can only move higher in short order): that was about an 18% drop in thirty-six hours with not that great of an explanation. 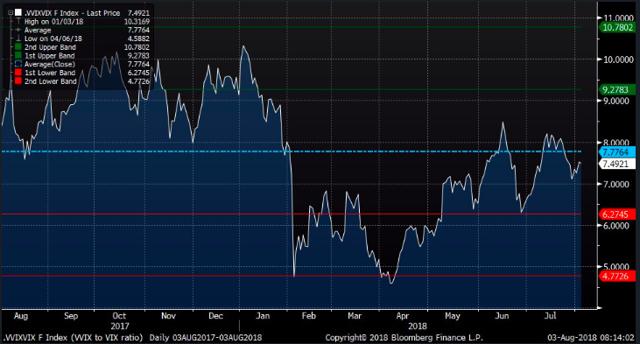 Pat Hennessy, CMT features a graph on his Twitter feed that displays the one-year fluctuation in the VVIX:VIX ratio. We're near six-month highs. Mr. Hennessy points out that one may be able to get better convexity exposure at the moment by trading VX options rather than SPX. 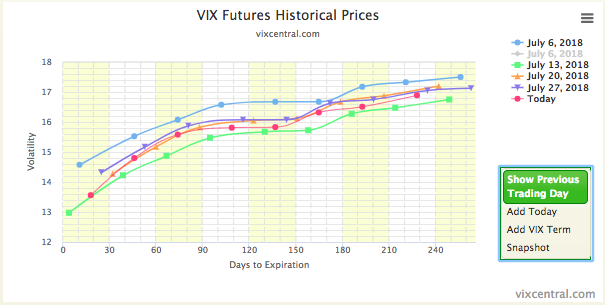 The term structure today is reasonably comparable to that of mid July. As you can see, the mid July date was much closer to the front-month expiration. But if spot VIX can hang in the 10-12.5 region for a few days, then I think you'll see some hard buckling in the front couple months (SVXY) followed with some half-hearted drops in the back end (ZIV). Personally I think that's the most likely scenario, after which time feathering back into long vol (VXX) becomes more viable in my view.

My appreciation goes out to regular MVB readers, and I'll share ideas from Silent Trader posted in the last article relating to share buybacks:

ST and I disagree on share buybacks. I concur that perhaps different incentives are needed for management, but I have no problem with buybacks as a legitimate use of company funds.

For those of you who are interested in the topic, I recommend that you click here to read his subsequent comment on why buybacks may well constitute a suboptimal policy. I find the issue to be quite engaging, and I encourage you to join the thread and share your ideas on this matter.

Follow The Balance of Trade and get email alerts
+
Add a comment
Disagree with this article? Submit your own.
To report a factual error in this article, click here.
Your feedback matters to us!