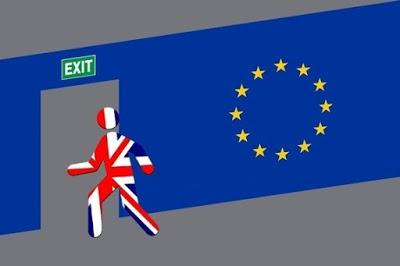 The US dollar edged higher against most of the major currencies, and emerging market currencies are heavier. Sterling's quarter percent drop makes it the weakest of the majors in slow turnover and it was sufficient to record a new 11-month low.

Sterling failed to get much of a lift from last week's BOE rate hike, which was widely expected. Carney confirmed that a gradual pace of normalization suggests one hike a year may be appropriate. Carney also acknowledged that the risks that Brexit takes place without a deal were too high for comfort, though not the most likely scenario. The UK's International Trade Minister, Fox, took it a step further over the weekend and suggested that such a no-deal Brexit was likely and blamed, of course, the EC's intransigence.

The Italian government fiscal plans, which were such a concern last week, have eased today. Italy's 10-year benchmark yield is off 4.4 bp today, the most in Europe, putting more space between in at the 3.0% threshold. The two-year yield is off nearly seven basis points to slip below 90 bp. There has not been much news to account for the reversal, but the coming clash with the EU may not be for a couple more months.

Meanwhile, the surprise of the day comes from Germany. June factory orders dropped a heady 4%, eight times larger of a decline than the median in the Bloomberg survey forecast, and enough to push the year-over-year rate below zero for the first time in two years -0.8%. Officials cited uncertainty from trade, and the silver lining is that since June, the US and EU found a way to lift some of the uncertainty (no new tariffs during new negotiations) without doing anything concrete.

Demand from non-EMU partners fell 5.9%. Capital goods orders fell 4.7% while domestic orders fell 2.8%. Note that Germany factory orders fell five of the six months in H1 and narrative has shifted from transitory factors like the weather, a downshift from strong H2 '17 growth, to now trade tensions. Of course, all seem true, and the bottom line is slower German growth. It warns of weaker industrial production figures and softer trade numbers, which are reported tomorrow.

The euro extended its slide and is down now for the fifth consecutive session. The loss before the weekend snapped a seven-week run of firmer closes on Friday. It was not that US jobs data was particularly strong. The headline missed, but back month revisions made up the difference. Moreover, almost 32k jobs that were lost in the sports goods, hobbies, and bookstores likely reflected the demise of Toys "R" Us and the nearly 33k employees let go without severance. Earnings edged up but did not accelerate, and at 2.7%, average hourly earnings likely lagged behind headline CPI, which is expected to have risen to 3% in June (released at the end of the week). The jobs data keeps expectations for one and possibly two more hikes this year well in tow.

The Canadian dollar is under modest pressure, though still inside the pre-weekend range. The market's knee-jerk reaction was to sell it on news of a diplomatic dispute between Canada and Saudi Arabia. Canada's Foreign Affairs Minister, Freeland, tweeted in defense of an activist in Saudi Arabia who had been arrested. Saudi Arabia expelled the Canadian ambassador and recalled its envoy. Saudi Arabia said it would suspend trade and investment, which on a quick look suggests a limited relationship in the first place. Today is the sixth session that the US dollar has traded below CAD1.30, but it has only closed once below there and that was barely so before the weekend. On the top side, a cap is being formed near CAD1.3040.

The Japanese government bond market was stable and the 10-year benchmark yield was unchanged just above nine basis points. The dollar is consolidating in a narrow quarter yen range at the lower end of the pre-weekend's outside down-day. Initial resistance is seen near JPY111.40-JPY111.60. Japanese shares traded off, with the Topix slipping a bit more than 0.5%, while the Nikkei, edged less than 0.1% lower.

The 20% reserve requirement for yuan forward failed to step the yuan's depreciation. The US dollar briefly traded above CNY6.85. Before the PBOC announcement at the end of last week, the dollar traded near CNY6.9. Chinese shares also remained under pressure, with Shanghai losing 1.3% and Shenzhen shedding 2.1%. Short-term rates, such as three- and six-month SHIBOR, are softer; off five to seven basis points lower. This seems to be offsetting efforts to steady the yuan.

The US and Canadian economic schedule is light. The US and Chinese trade tensions are running high, but the focus today may shift to the implementation of the first round of US sanctions against Iran. European companies that have important business in the US may comply with the embargo. Several large companies have already indicated as much. The oil embargo does not come into effect until November, and reports suggest both China and India stopped up their oil purchases from Iran in July.

Marc Chandler
15.4K Followers
Marc Chandler has been covering the global capital markets in one fashion or another for 25 years, working at economic consulting firms and global investment banks. A prolific writer and speaker he appears regularly on CNBC and has spoken for the Foreign Policy Association. In addition to being quoted in the financial press daily, Chandler has been published in the Financial Times, Foreign Affairs, and the Washington Post. In 2009 Chandler was named a Business Visionary by Forbes. Marc's commentary can be found at his blog (www.marctomarket.com) and twitter www.twitter.com/marcmakingsense