Snap (NYSE:SNAP) beat on top and bottom line on Tuesday and investors reacted favorably initially. However, the numbers that I’m seeing are quite concerning.

As a stock priced for growth (negative earnings, 14x P/S), the company must continue to deliver on all fronts. Unfortunately for the bulls, the company posted its first ever quarterly decline in DAUs and Q3’s revenue guidance pointed to meaningful revenue growth deceleration. 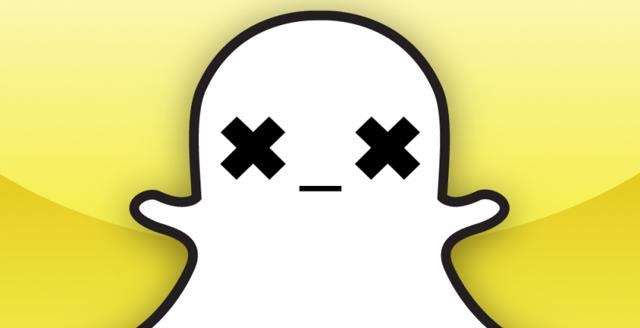 Snap grew DAUs by 8% year over year from 173 million to 188 million, however, this represented a 2% sequential decline from 191 million in Q1.

As I mentioned in my Twitter (TWTR) article, DAUs are extremely important for social media companies as they represent heavy users who are highly engaged with the app, and are thus the main revenue generators. The fact that the company is losing steam in DAU growth at just 188 million is troubling. For comparison, Instagram Stories, which is just a single function of the overall app, achieved 400 million DAUs in June.

Snap’s sequential decline can be explained by the controversial app redesign that drew heavy criticism from users. While some may view this as a one-time occurrence, this won’t be the first time that major redesigns completely destroyed a social media platform.

Declining DAUs also implies that revenue growth will have to come from better monetization and that usually entails more user disruption (i.e. more ads), which may decrease engagement even further. In addition, user attrition snowballs very quickly. Just like how the network effect allows users to mushroom over a short period of time, the reverse is also true. Three million users stopped being DAUs because they are no longer (as) active on the platform, which will in turn cause their friends to be less active as well.

I’m sure some of you are familiar with the following chart: 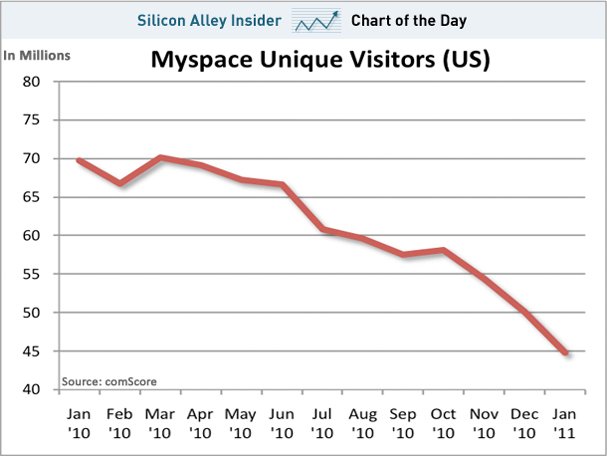 We can see that towards the end of Myspace, the company lost 10% of its user base in just one month. If Snap isn’t careful, I could see it following the same trajectory.

The revenue guidance of $265 million to $290 million for Q3 implies a growth rate between 27% to 39%, which is a big step down from this quarter’s 44%. The midpoint of the guidance is also meaningfully below the analyst consensus of $290 million.

I think the poor revenue outlook goes hand in hand with the aforementioned DAU decline. When users flee from the platform, not only does the company start to lose revenue right off the bat, the management also faces the difficult decision of prioritizing monetization (i.e. more ads) or user retention. This fine balancing act makes revenue growth more difficult.

Considering that the value of the stock hinges on revenue growth, and now that growth is slowing down to the 30s and possibly the 20s, does the company still deserve to trade at 14x revenue? Based on current analyst estimates, revenue in 2019 is supposed to grow 45% over 2018’s estimate to $1.68 billion. Given the poor guidance, achieving this original estimate will likely be out of the question. Unless something changes in the near-term, I believe that a re-rating to a lower multiple is the likely outcome. For reference, Twitter is trading at just 8.5x 2018’s revenue estimate despite achieving double digit DAU growth last quarter.

The market was initially positive on the earnings surprise, but based on the numbers, I believe that Snap will be having a lot of trouble in the coming quarters. Negative DAU growth is concerning given that Snap’s DAU is not even half of the DAU of a single function on Instagram. If DAU growth is not turned around soon, Snap could become another Myspace as user attrition will accelerate.

On the financial side, Q3 revenue guidance was poor as well. I believe that this reflects the challenges that the company will face in the coming quarters given the DAU decline. I expect estimates to be revised downward and for the stock to be re-rated to a lower multiple accordingly.

Click the "Follow" button beside my name on the top of the page to be updated with my latest insights. To learn more about the Core Value Portfolio, whose goal is to compound capital at 20% over the long term, I encourage you to read the introduction to my investment process. Premium subscribers get full access to the Core Value Portfolio.

General Expert
9.77K Followers
Creator of the Core Value Portfolio. The goal is simple but not easy. By shooting for an extraordinary goal of compounding capital at 20% annually over the long-term, the portfolio embraces concentration and goes through dramatic swings. Those without conviction will sell when positions don't go their way, but the Core Value Portfolio always takes advantage when the market is wrong.The Core Value Portfolio has significantly outperformed the market since its inception, but it also experienced extended periods of underperformance. This is a sacrifice that I'm willing to make for the sake of achieving superior returns over the long-term."No one can know everything. But still try."Contact: generalexpert86 [g]mail
Follow