I would like to present my 94 investment portfolio by sectors, but believe first a review of some changes coming to the sectors should be shown and discussed. The GICS is revamping the S&P 500 Index sectors which gave me the courage to reorganize my own portfolio sector structure, adding RIC (Regulated Investment Company) and fixed income.

Below is a representation of the generally accepted 11 sectors and weightings from Bespoke Financial. 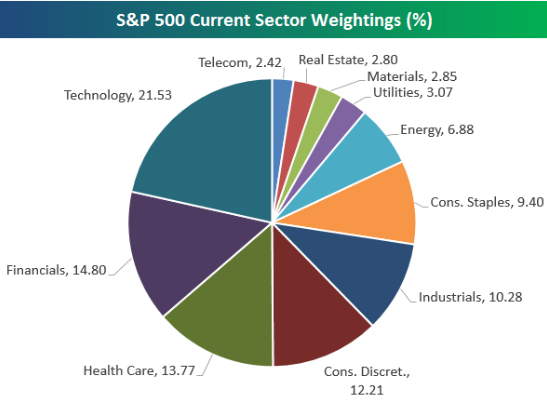 This is a general representation with insight into the largest represented sectors, with tech leading the way. GICS, information here, has announced that some changes will be made to these sector designations on Sept. 21st of this year, which is coming soon.

Telecom, the smallest at 2.41% as seen above, will become known as communications with some other names added such as:

These will join the current names such as Verizon (VZ) and AT&T (T).

Also added will be some gaming stocks such as Activision Blizzard (ATVI).

Amazon (AMZN) remains in consumer discretionary and will really dominate it even more. Tech will lose much of its predominance from 21% in that chart, not a lot, but it will shrink down. Some ETFs could be impacted with the changes, but I believe QQQ will remain unchanged. MSCI or Morgan Stanley has announced it will adjust its sector designations later this year. My reference is from SA here.

2 years ago, GICS removed equity REITs (Real Estate Investment Trust) from the financial sector, shrinking it a bit and creating a new sector called real estate. The change has bothered me for some time as I feel the whole market needs a RIC sector designation of which real estate would belong. RICs are not like common stock, are evaluated differently, and in general, offer distributions rather than dividends. They also have numerous performance attributes that differ as well. As I, Rose, began to venture into RIC investing, these differences became even more apparent, and now I have the need to reorganize and adjust these holdings on my own. I did just that with my sector presentation as follows:

The newly created sector will contain:

This sector hereby now will be for any income that does not change or remains fixed such as preferred debt shares. This does right now for me also include a bond type and CEF. The table below is a consolidated view and shows the new sector designations by values on August 31st, with % rounded for ease of viewing.

I did not eliminate the material sector. I just don't own anything in it.

Sectors I consider to be defensive are in bold in the top part of this chart. 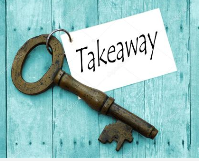 25% remaining is from RICs including ~4.5% from fixed income.

Amazingly and yet not surprising is that 43% of portfolio income comes from the RICs with ~7% from fixed. This just proves, as I and many say, with RICs a little does go a long way to building more income.

Income received from sold equities amounts to ~2.2% at this time.

The chart below sums up the bold defensive sectors from the above chart and shows ~49% in defensive sectors by portfolio value. Sometimes, I like to include healthcare REITs in the mix but have decided that was cheating. I do have some fixed income, a bond, and CEF utility that got moved and would bring the total up to the 50% level that I try to maintain. This is, however, close enough for my approval, especially with many of these sectors having currently depressed valuations. 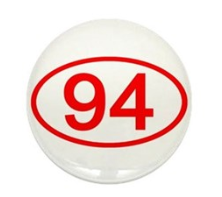 The chart that follows shows sector totals along with individual stocks and the yearly dividend. The yearly dividend or Div-F might be somewhat forward looking, as I incorporated raises for many in them. The dividend yield or Div Y is based on that figure and the price as shown for September 1, 2018.

FYIO (For Your Information Only) dividend yield is calculated from the 1-year dividend and divided by the stock price. Both those figures are included, but I did the work of dividing it out for you.

The dividend yield will change with the stock price on a daily basis and should not be considered a static number. It is only there for reference.

S&P Credit ratings are taken from Fast Graphs, a paid service. They are generally unavailable for most non-RIC stocks, another reason to create such a sector.

PV is up 3.7% from last year December including dividends, I confess dividends, glorious dividends, and some options income are a part of the total return. From the January S&P all-time high, it is up 2%. As best as I do, my accounting and with dividends excluded, the PV is up ~1%. Please remember I don't sit still and reinvest dividends averaging up in many cases. I also may sell, trim, or change stocks, so I am unpredictable in that regard. The August activity list follows after I show you the stocks I received dividends from and those results. 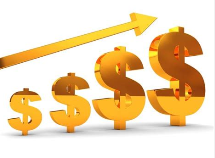 In the chart below are the companies and dividend per share received along with what total part of the income as a % it was for August.

The first 5 with an * are monthly payers.

Biggest contributor was OHI, followed by telecoms T and VZ. ABBV was in 4th place. Note that AMZA is a monthly payer and really comes in 4th place with ABBV in 5th.

I generally only use dividend and option income for activity. The portfolio is contained in that regard.

I did trim some tech to add to the new holding AVGO from last month, so that is what happened there.

Not much else to say, other than the preferred debt of CBL-D is a gift that keeps on giving. I do think I have enough now with a nice 10% yield on average. I am also building a larger position in BIP.

INTC continues to fall in price and I will consider adding again if it goes a lot lower. I am now pleased with what I own in CSCO.

FS Investment Company was repurchased for about what it was sold. That took the portfolio back up to 94 investments. I am pleased and more confident with it after learning about the new management team. It is a BDC or a RIC.

RICs and income HY producing stocks or high yield, are nothing to be afraid of, and definitely not like 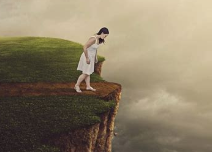 jumping from a high cliff to nowhere. I suggest learning a bit about RICs and their characteristics. I started with equity REITs and reading Brad Thomas back in 2016. I found even more education coming from following The Fortune Teller, also known as TFT. The fantastic A-team of mREITs and BDCs, 10 of them, got me introduced to owning and managing them and of course with following everything he said to do: well maybe not everything. RICs in many cases are not forever, and that team is no longer covered. I still own New Residential or NRZ as the last player from that group. It is still going strong and I remain long. I know I would not own the preferred or CEF issues without the educational instruction received from being in the subscription service of TFT called The Wheel of Fortune, WoF. Trapping Value, another fine author has also joined the teaching venue at The Wheel. They both continue to write free articles on SA as well. 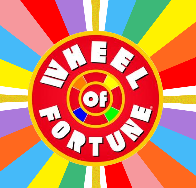 I have learned so much and continue to do so. Getting ideas and great articles from a broad number of authors on SA. This includes Scott Kennedy, Dane Bowler and BDC Buzz to name a few. SA is a wealth of knowledge and much of it is free. 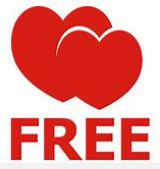 Be free to learn and ask questions from any of the authors mentioned, as I have done so to aid in my learning along the way. My experience with them all was finding that they are terrific kind smart people that really do want to help with investing. Thank you to all that have helped me and many others along the way to:

RoseNose
13.75K Followers
Author of Macro Trading Factory
Looking to outperform the SPY on a risk-adjusted basis, in a relaxed manner
Retired Pharmacist 2010. My name is Rose and I "Nose or Knows" growing dividends on quality dividend paying stocks will keep portfolio income strong with a primary goal of a minimum solid 4+% yield.  Currently it sits at 4.9%.  Solid total return just happens to follow when buying great quality companies with rising earnings and a margin of safety in price. The Rose Income Garden "RIG" portfolio is diversified in all sectors and currently holds 89 stocks/ investments. Note: Dividend yield changes with value, but is 4.9% on the updated date.

I am a Promoting and Contributing author for Macro Trading Factory run by The Macro Teller / The Fortune Teller.  The following list shows the # of stocks in each sector along with the % portfolio value and % income coming from the largest holding. All stocks listings and statistics are presented at The Macro Trading Factory service alphabetically with sector, credit ratings, current and forward dividend information, yield, x-dates, pay dates, charts and more. I also check chat daily for questions and present in real time my smaller trades in the chat.  All bigger portfolio changes, major sells and buys get a larger Trading Alert and article.  Smaller buys or changes to an existing position will get an alert only.

- Quality, low debt companies with great credit ratings and selling at a fair or better price and with a safe and rising dividend.

- Also needed is continued patience watching and waiting for it to happen. Doing nothing when others panic makes for success!

Sectors and holdings are as suggested by Bloomberg.  Some positions are large and some small ; The service has it all.

The largest holding is listed for each sector by:

I am a Promoting and Contributing author for Macro Trading Factory run by The Macro Trader.  I also belong to the service Wheel of Fortune run by his alter ego The Fortune Teller.
Happy Investing to ALL !!!  Rose :))
Follow

Disclosure: I am/we are long ABBV. I wrote this article myself, and it expresses my own opinions. I am not receiving compensation for it (other than from Seeking Alpha). I have no business relationship with any company whose stock is mentioned in this article.

Additional disclosure: and 94 stocks listed in the charts

176 Comments
To ensure this doesn’t happen in the future, please enable Javascript and cookies in your browser.
Is this happening to you frequently? Please report it on our feedback forum.
If you have an ad-blocker enabled you may be blocked from proceeding. Please disable your ad-blocker and refresh.