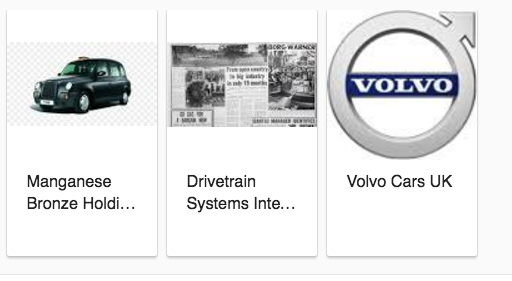 Some assets in the stable of Geely companies

I wrote three articles about Zhejiang Geely Automobile Holdings Ltd ADR (OTCPK:GELYY) (OTCPK:GELYF) in 2018. In each, I recommended GELYY as a buy at the time and continue to do so today for long-term investors. Anyone able to take advantage of financial losses for end-of-year tax purposes can do so if you bought GELYY high but then jump back into GELYY. First, speak with an accountant and broker about implications, limitations and tax obligations because GELYY is a China-based company.

GELYY shares are oversold considering the continuing waves of good news. The share price topped $75 in 2018, experiencing a run-up faster than profits rose. Shareholders expected unit sales and profits to catch-up but they didn’t. Nevertheless, there is little justification for the precipitous toppling of the share price from June 11, 2018, when shares sold for $61.83 each down over the past 5 weeks in a slide to ~$42 and now selling at ~$35 per share. Except to say the following: 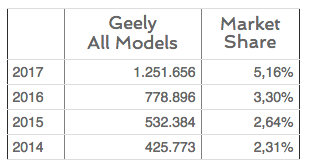 GELYY shares will continue to welter because investors are logy fearing the uncertain when it comes to trade wars, tariffs, vagaries in foreign economies, and related uncertainties. Conditions are the result of such uncertainties and not reasonable assessments of Geely’s fundamentals, which appear strong and able to weather storms. China’s population and especially the middle class are continuing to grow and get richer. That is a portent for more domestic car sales. The company is dipping its toe into the American market as I’ve reported earlier. Its strengthening relationship with European and British carmakers bodes well for stabilizing volume and profits. Management has a vision and is sticking to it. The long-term looks prosperous for Geely and its investors. To borrow a quip from Shel Silverstein, there is “A Light in the Attic” and it’s Geely.

Harold Goldmeier
2.69K Followers
I write for retail value investors who cannot afford to lose money but sometimes like to take a risk. I speak for free to community and school groups. I was teaching business, social/political activism, and Middle East politics to international university students in Tel Aviv b4 the pandemic hit. I consult with startups and mid-level companies. I co-manage Goldmeier Investments LLC with my son Daniel. I founded the Sappanos Decorating Centers, Chicago, with more than 70 employees and real estate holdings in excess of $15m. I am a former Research and Teaching Fellow at Harvard and Assoc. Prof Tufts Medical School.
Follow