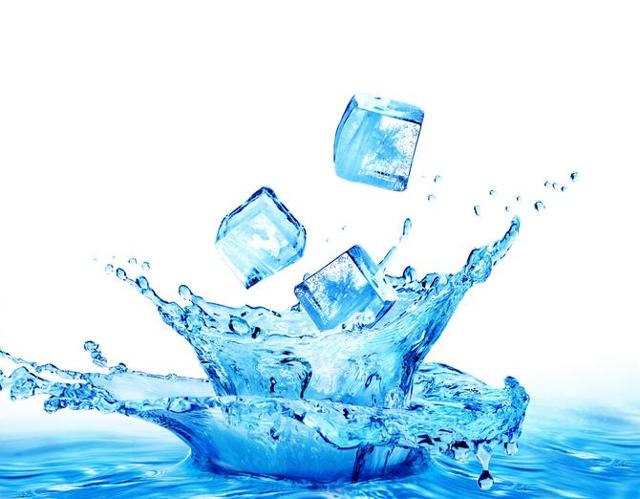 A few days ago, the Committee on Capital Markets Regulation (CCMR) published a report: Expanding Opportunities for Investors and Retirees: Private Equity. I wholeheartedly agree with the Committee's call to relax the SEC's current position, which requires that PE FOF investors meet the Accredited Investor standard. However, the Committee's report omits two significant considerations. First, the report identifies only one PE FOF, the Altegris KKR Commitments Master Fund, which is an "evergreen" fund whose PE component invests primarily in underlying funds sponsored by KKR (KKR), and ignores "vintage" funds, another category of PE FOF. (See Expanding Individual Investor Access To Private Equity for an explanation of evergreen and vintage funds) Second, the report ignores how current implementations of evergreen PE FOFs have, at times, significant assets in cash and cash equivalents. The Altegris KKR Commitments Master Fund had only 56% of its NAV invested in private equity, with 42% in cash (17%) and cash equivalents (25%) per its March 31, 2018 shareholder report. These significant balances of cash and cash equivalents dampen the return on private equity, creating "cash drag".

There is a Downside

Given the thrust of the Committee's report that PE FOFs should be made widely available to the investing public, it's understandable that they would choose to overlook vintage funds. Vintage funds only call capital from investors to apply it to private equity investments or to pay imminent expenses. Similarly, vintage funds return capital to investors when the capital is released from underlying investments. As a consequence, every vintage fund investor is involved with the capital actions of every underlying investment. If the Accredited Investor standard is eliminated as a pre-requisite, the number of vintage fund investors is likely to increase significantly. This could be problematic as the number of investor interactions would multiply and become operationally unwieldy.

In contrast to a vintage fund, an evergreen PE FOF cannot call for capital from its investors. It can borrow (up to the limits of the '40 Act). However, given the illiquidity of the underlying assets and the control exercised by the underlying general partners over those assets, lender practices limit the availability of long-term borrowing, and relatively high interest rates are charged. So, to reduce their potential need for cash, many PE FOFs make extensive investments in secondary PE funds, i.e. purchase an interest in a PE fund from the original (i.e. primary) investor or a subsequent (i.e. secondary) investor. As a positive, secondary investments are typically in underlying PE funds that have drawn and applied capital, with less of a need for subsequent cash funding, and have experienced some net gains (i.e. moved past the J curve during which expenses exceed gains). As a negative, it may be that the secondary investment is in a harvesting phase (distributing cash), and/or most of the gains to be derived from the investment have already been experienced. Historically, this potential has been offset by the discount at which secondary investments can be acquired. However, the level of buying activity in secondary investments has risen significantly over the past few years. Discounts have been markedly reduced and, at times, premiums have been paid (Private Equity: So Hot Even Second-Hand Funds Can Sell at a Premium). Another approach has been for PE FOF to invest in directly in private companies alongside (i.e. co-invest with) sponsoring PE general partners. In these situations, most, if not all, the required capital is applied at the onset of the investment. However, co-investments are typically reserved for a general partner's best clients and are often in short supply. In any case, a significant influx of capital from individual investors, is likely to make secondary investments relatively more expensive and co-investments relatively less available. This would increase a PE FOF's need for and use of primary investments with their attendant unfunded commitments, which require cash in the future, and thus exacerbate cash drag in the present.

Trying to Reduce Cash Drag by Reducing the Need for Cash

Another purpose for which evergreen PE FOFs keep cash on hand is to provide fund investors with the ability to liquidate their investment. Generally, the funds have offered to repurchase up to 5% of investors' interests per quarter. Given the extended investment horizon of private equity, this may mean that an evergreen PE FOF needs to hold 20% of its assets in cash and equivalents, specifically to make the expected repurchases over the course of the subsequent year. For almost 5 years, the NASDAQ (NDAQ) has sought to provide another mechanism (Buyout Firms to Let More Invest). In February 2017, the SEC granted exemptive relief (SEC Release No. 34-80052) to assist the NASDAQ in the development of an auction market for PE FOF. To date, no fund has been launched based on this relief.

I believe there are 3 factors delaying adoption:

Liquid Assets Will Always Be Needed Around a PE Portfolio

Institutional PE investors have harvested massive amounts of data regarding the historical use and associated timing of capital called and returned by many general partners, including the most prominent and many much smaller players. From this historical data, experienced investors can forecast the capital requirements of their PE portfolio. However, this forecast, like a weather forecast, has limited predictive value. Today, given the history available, including average temperature, historic highs and lows, year over year trends, etc., one can forecast the temperature and likelihood of precipitation on a day six months or a year in the future. Given all the variables, the timeframe would need to be much shorter to have high confidence in the forecast, including whether it's likely that the temperature reaches a new high or we experience record precipitation. Similarly, the capital requirements of a PE portfolio are subject to many variables and difficult to accurately predict far in advance. However, given the long term, illiquid nature of PE, capital planning must be conducted over a long horizon. In addition, there are typically significant penalties associated with failing to meet a capital call, including possible forfeiture of the investment. This necessitates that a PE FOF err on the side of having too much rather than too little in liquid assets on hand. Thus, a PE FOF should always have a cushion of liquid assets and, therefore, an associated potential for cash drag.

The figure below is my own rough forecast for a simulated PE portfolio comprised of 20% co-investments, 40% secondary PE interests and 40% primary PE interests. 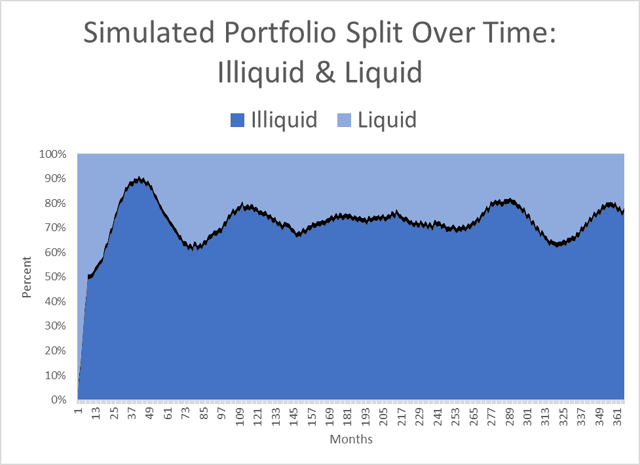 Of course, there are many forms of liquid assets other than cash and cash equivalents. Most PE FOFs have avoided investing in these other forms, to avoid incurring an investment risk other than that associated with the headline PE strategy. One fund, the AMG Pantheon Master Fund, sponsored by a subsidiary of AMG (AMG), invests liquid assets in "exchange-traded funds designed to track equity indexes". Per the most recent Form N-Q filing, as of June 30, 2018, such ETFs represented 43% of fund assets. Given recent equity market volatility, some of their investors may be less enamored of that strategy for liquid assets today than when they originally subscribed to the fund.

One of the primary benefits of a vintage PE FOF over an evergreen PE FOF, is that a vintage fund investor has complete discretion in how their liquid assets are deployed when not invested in PE. As I've written previously, a significant enhancement to the current evergreen PE FOF structure would be to allow individual investors to choose, among some nominal set of strategies, how their assets are deployed when in liquid form. As an example, see Figure 2, with three liquid strategies, which could be differentiated by asset class (e.g. equity, debt) and risk tolerance, surrounding a core illiquid PE strategy. 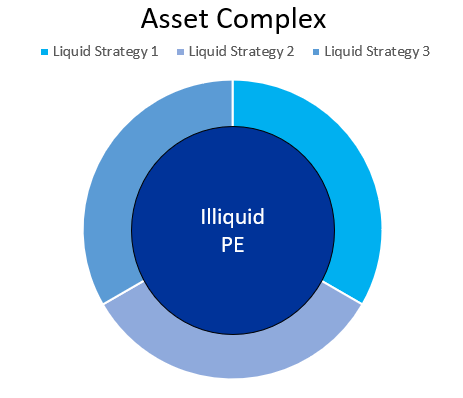 Given the long-term nature of PE investment, it would be ideal for investors to be able to adjust their chosen liquid asset allocation periodically, as their individual outlooks and market conditions change. This is a capability that institutional investors, who are fewer in number and can manage the complexities of multiple, overlapping, private PE vintage funds, have long enjoyed. Providing this periodic choice to individual investors, will eliminate cash drag. This should in turn allow PE FOF advisers to invest more opportunistically, by diminishing the pressure to quickly put cash to work in PE.

SEC exemptive relief will be required to implement such a structure. I've recently been working with '40 Act counsel on this structure and am excited about its potential.

Ken McGuire
33 Followers
Ken McGuire has developed patent pending private market product innovations, which include both novel investment product structures and enabling technology, known commercially as the Aditum Aqueduct. Components of the which include: • a private markets master fund with an indefinite investment horizon, engineered to minimize liquid assets on hand, • investor selectable approaches for managing liquid assets, eliminating both cash drag and the need to over-commit, and• expanded liquidation opportunities for both institutional and individual investors.
Follow

Additional disclosure: I am an investor in the Altegris KKR Commitments Master Fund and have an equity interest in a parent of its sponsor.