Summary: According to Q3 earnings calls, Spotify (NYSE:SPOT) may seek to broker user data in order to keep average revenue per user afloat. Known as programmatic advertising, this method of monetizing data to supplement music revenue may be Spotify’s only hope to stave off competitors who nip at the heels of the music-streaming app.

Spotify Technology met its Q3 forecast for paying subscribers and a few other metrics, but average revenue per user declined due to promotional accounts for families and students. Spotify ended the period with 87 million Premium subscribers worldwide, up 40% year-over-year. Spotify has 109 million monthly active users of its advertising-supported streaming service, up 8 million from Q2 or 20% YoY. 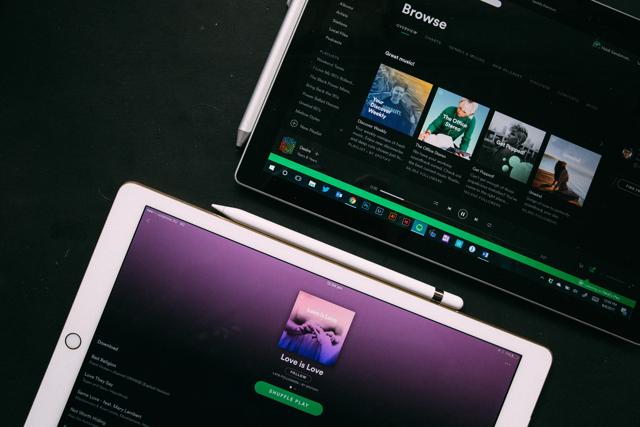 Spotify lacks the razor-razor blade Gillette analogy for tech companies, which in this case states you should have ownership of a device if you want to bank on the subscriptions. This is one reason I’ve been long on Roku (ROKU) since its IPO. Roku players are the cheap razors that will deliver the razor blades of ad-supported content in the OTT market. (You can read my analysis on Roku here). However, this lack of device ownership is causing trouble for Spotify. Smartphones dominated by Apple and Google are only part of the story. At home assistants such as Alexa are being designed and leveraged specifically for AI activated music services. To get a glimpse of Spotify’s future, consider that major record labels let Amazon offer a reduced Alexa version of the premium service at $3.99 per month and Apple is requiring users to sign in to Apple Music to power the HomePod – which completely shuts out devout Spotify users.

Spotify’s new strategy is to partner with Google to offer free Google Home Mini speakers to users who subscribe to the Family plan as part of a holiday season promotion. The partnership comes at a cost of approximately 50 basis points to the Gross Margin profile in Q4, the company noted. From Google’s standpoint, they get their entry level smart speaker into more homes, while Spotify benefits by having a partner for smart home infrastructure. Ultimately, this is one example of the lengths Spotify will have to go to in order to compete with Apple and Amazon on their home turf.

Most certainly, Apple won’t be beat in its own ecosystem. Apple revolutionized digital music with the iPod and iTunes. With smartphone penetration, the Beats acquisition, its Homepod ecosystem and a huge push into connected car infotainment, Apple can surround Spotify in nearly every direction. Keep in mind, that 66% of the world’s paying app users are iPhone users who trend towards higher incomes (vs. only 34% on Android), so Apple users are supremely important for Spotify’s $9.99 subscriptions.

In fact, the turf war has already receded Spotify’s market share. Record industry sources state Apple is adding paying subscribers at a rate of 5 percent in the U.S. versus 2 percent for Spotify, and that Apple Music may have already taken over Spotify as the number one streaming service in the United States.

In addition, Apple was cleared to complete the acquisition for UK-based music recognition app Shazam Entertainment for $400 million. Due to the threat this poses to Spotify and other smaller apps, regulators in seven countries contested the acquisition when Apple’s plans were first announced. Despite these efforts, the acquisition was approved in August of 2018. To date, Shazam has had well over 1 billion downloads, last reported in 2016, and owns a wealth of information on what music is trending with over 20 million searches per day.

Can Programmatic Save Spotify?

Tim Cook is a chief critic on how applications and websites use private data to increase the accuracy of targeted advertising. Therefore, one area Apple clearly won’t compete is in the brokering of programmatic ads based on users’ music choices. Meanwhile, Spotify has every intention of letting advertisers target its users through Ad Studio.

Spotify would not be the first mobile application to supplement its core product with a programmatic offering. Facebook and Twitter owe at least 1/6th to 1/4th of their current revenue to programmatic proving it can substantially increase average revenue per user. Therefore, if Ad Studio is executed correctly, it may have the potential to limit stock losses even with stiff competition from Apple and Amazon.

“Last quarter we said that we expected our Programmatic and self-serve products to become a significant portion of our Ad-Supported revenue. If we’re successful in achieving this shift in revenue mix, then we also expect to achieve significant operating leverage in the ad sales business, increasing our operating margins. Last quarter we reported on our new automated self-serve platform, Ad Studio, which is live in the US, UK, Canada, and Australia. Ad Studio revenues are still quite small, but we’re seeing exponential growth, so expect to hear more about this product in future quarterly updates.”

Spotify owns Tencent Music Entertainment (TME) shares and it’s been stated in past financial reports that “a TME IPO would trigger a fair market value adjustment to the carrying value of our investment recognized in other comprehensive income. The gain could be significant.” This one-time, non-recurring event would generate a Net income for Spotify with a Net loss returning in the following quarters. Spotify stock holders should be aware that this one-time wave may be worthwhile to hold on for, but that the long-term prospects of the company are still not proven.

Spotify is a small fish in deep waters. Q3 earnings prove music streaming is a tough business. The company is attempting to partner with device owners, like Google, but these partnerships will eat away at Gross Margins in future quarterly earnings. Last month, when the stock was at $184, I wrote that you could expect a one-day drop. It's now at $140. Tencent Entertainment Music IPO will produce a one-time Net income for Spotify this quarter. If Spotify can revive their ARPU through programmatic ads, the stock may stage a turnaround, but it's not likely in the near future. The bottom line is that the competitive market for music streaming will continue to be a major challenge for Spotify.

Portions of this article were originally published September 27th, 2018 in 8 Reasons Spotify will be a Sell Recommendation by 2019 at $184 per share. This analysis has been updated to include the recent partnership with Google and programmatic offering Ad Studio.

All original analysis contained herein should be appropriately credited to Beth Kindig.

Providing high conviction analysis to give your tech portfolio an edge.

Most analysts on Seeking Alpha study P&Ls and balance sheets and know little about technology. This provides zero competitive edge as everyone has access to the exact same information.

I have analyzed thousands of companies in the technology sector, and outperform due to hands-on experience. Although traditional fundamentals are included, the edge comes from information not broadly known. If you have money in tech stocks, consider using a specialist.

My analysis is the most in-depth you'll find in tech. For more information, please click here.

Beth Kindig is the CEO and Lead Tech Analyst for the I/O Fund with audited results of up to 750% that beat Ark and other leading active tech funds over four audit periods in 2020 and 2021.

Disclosure: I am/we are short SPOT. I wrote this article myself, and it expresses my own opinions. I am not receiving compensation for it. I have no business relationship with any company whose stock is mentioned in this article.

Additional disclosure: I have puts on Spotify.