The BCI at 248.6 is above last week's level of 247.7, but remains below this business cycle’s peak as indicated by the BCIp at 90.0. However, the 6-month smoothed annualized growth BCIg at 11.7, is below last week’s 12.2. Both BCIp and BCIg do not signaling a recession. (BCIp needs to drop below 25, or BCIg needs to drop to below zero) 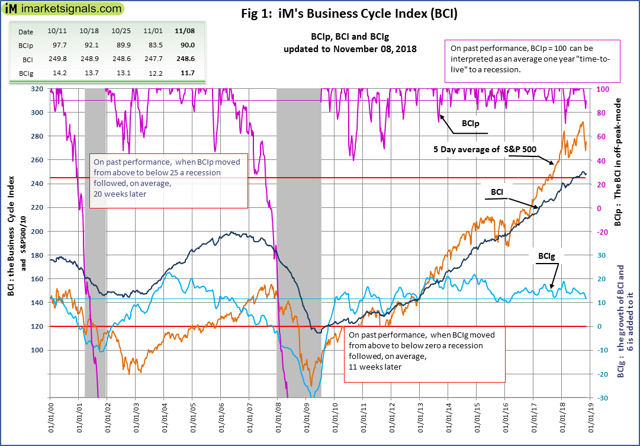 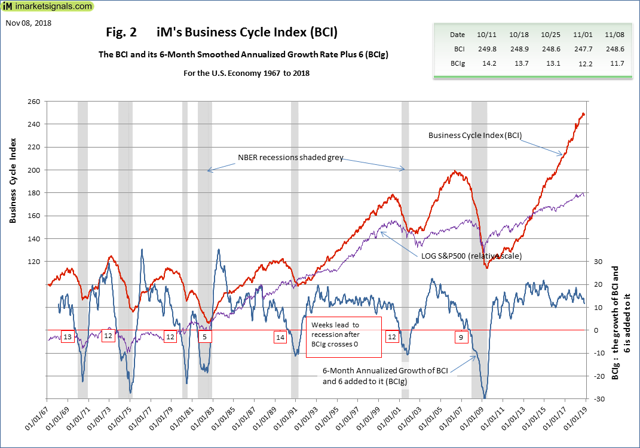 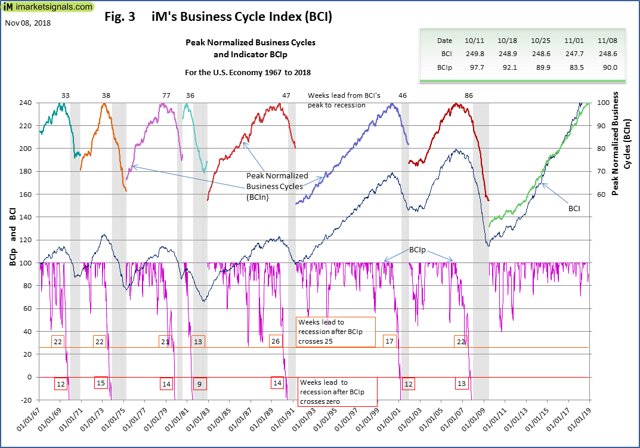