The US dollar has been in melt-up phase in 2018 and I do not expect that to change. I will explain how current Fed policy is affecting the dollar and why I expect the dollar's strength will continue in the short term. The caveat to this policy is what it does to stocks and how this may affect your portfolio.

This chart shows the US dollar melt-up we have had so far in 2018 on the dollar index, which is a relative valuation to other currencies. 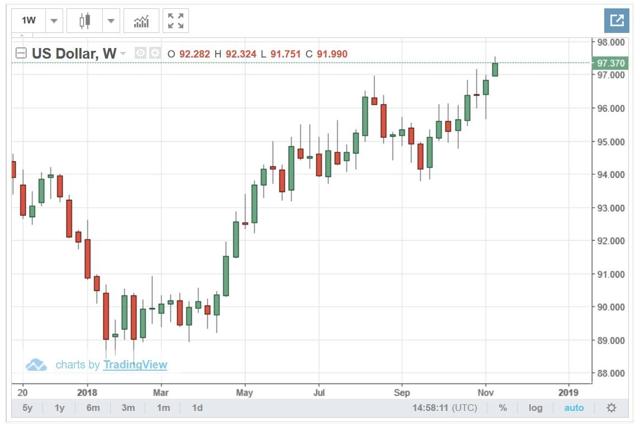 It is funny how the Fed funds rate affects the value of the dollar as the reserve currency. Recent Fed rate decisions have an astounding correlation with the US dollar melt-up so far this year. 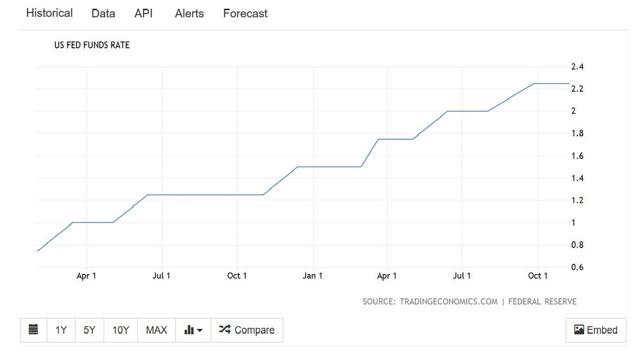 The two have not always been so closely coordinated, but in 2018 the measures have acted in concert. I will explain why this is so.

Emerging Market Exposure to the Dollar

In the current environment, as US interest rates rise, the value of the dollar will continue to rise in the near term. This is largely due to the amount of US dollar-denominated debt that emerging market economies have taken on. According to Business Insider, emerging markets have $2.7 trillion in dollar denominated bonds and loans maturing by 2025. The loans have to be paid off or refinanced, which may become more difficult with higher interest rates. 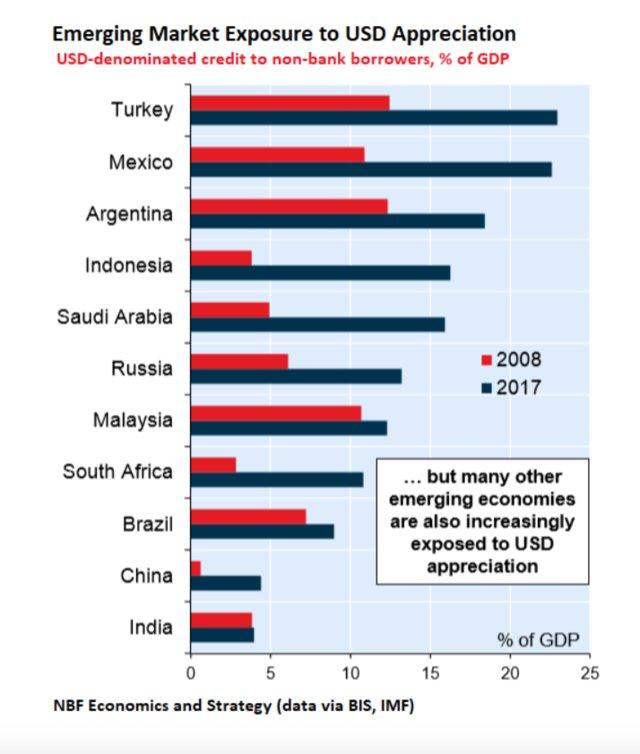 It is no surprise that as the US dollar has strengthened, that currencies in Turkey, Mexico, and Argentina have struggled. Rising interest rates have caused increased demand for US Dollars because:

If we look at actual dollars in circulation, we quickly see there is much more demand for them than is actually physically available. Increasing demand for scarce dollars is driving up their value.

Given that the Fed seems focused on raising rates due to what it considers a strong US economy, I do not see interest rates falling in the near term until the Fed feels the economy is weakening in their models.

US Dollar and Stocks in This Cycle

All of which suggests the Fed has a lot of future control over the direction of the US stock market. Why?

US corporations are basically swimming in debt, and increased financing costs to service that debt will reduce free cash flow by a corresponding amount. Not only that, but in this globalized world, US companies have strong investments into emerging markets and their increased exposure to both the rising interest rates and surging dollar. 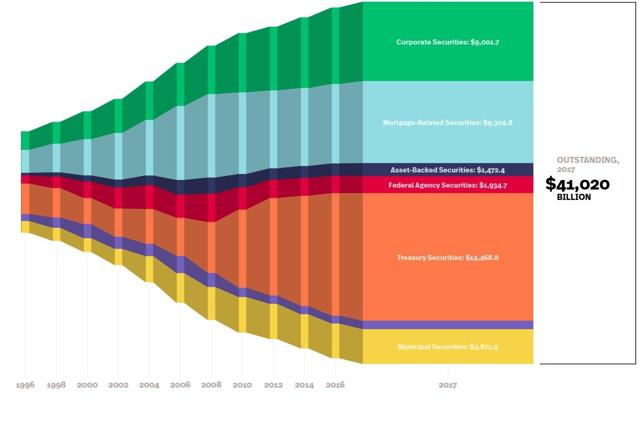 This debt will drag down the stock markets. Look at this chart from Moody's Analytics depicting corporate debt levels just before economic decline. We are getting much closer to the level, historically, where corporate debt levels, as a percentage of GDP, indicate the onset of recession. 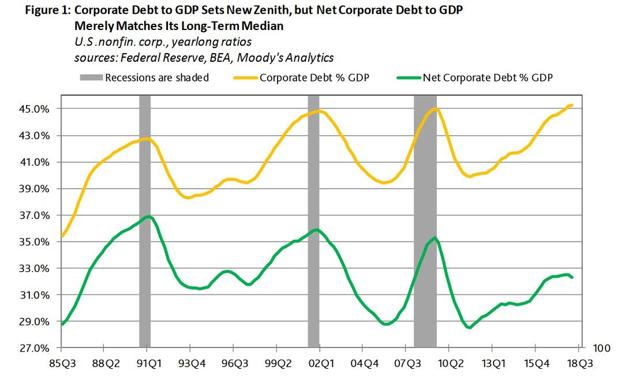 The Fed's policy may seem at odds with the interests of those who hold US debt and dollar-denominated loans, and it well may be. However, the Fed is focused on a QT program to control inflation levels in what it feels is a strong national economy. And the Fed is focused on the US economy without apparently taking into account how US dollars have financed other economies.

Eventually rising interest rates should slow growth by reducing cheap credit available for expansion while also raising corporate debt payments and reducing the profits that can be used for expansion. And the reduction is US dollars available will drive their value up at the same time in what could become a negative feedback loop for the world economy that has become so dependent on the US dollar for financing growth.

Will the US face a new financial crisis as the dollar exchange rate surges, as we saw in 2008? I expand on this discussion in the following video where I discuss where I think the Fed will go in 2019 and what affects I think it will have on the stock market as a result.

Additional disclosure: I don't own any dollar indexes or broad market funds.