Produced with PendragonY and Philip Mause for High Dividend Opportunities.

Note On The ETP/ETE Merger

Last month, on Friday, October 19, 2018, Energy Transfer Equity (ETE) and Energy Transfer Partners (ETP) closed on their previously announced merger, in which ETE acquired ETP. Although there was some controversy concerning the merger, the transaction was overwhelmingly approved by ETP unitholders (over 98% of those voting voted in favor of the merger). ETE has changed its name to Energy Transfer LP (NYSE:ET), and will now list its common units on the NYSE under the ticker symbol “ET”.

ETP is no longer a publicly traded company, and trading of its common units has ceased. Your holdings in ETP will have been converted to units of ET, at a ratio of 1.28 units of ET for each unit of ETP.

The merged entity, Energy Transfer LP, most recently traded at $14.41 and pays an annual distribution of $1.22 for a yield of 8.5%. It is presumed that ET will continue its distribution at the previous level of $1.22. As will be explained in more detail below, the distribution has an enormous coverage based on projected distributable cash flow.

The merger should have no immediate tax consequences for those who held either ETP or ETE prior to the merger. Investors should, as always, confer with their own accountants or tax consultants on this and other tax matters. Investors should also take care to trace the tax basis of their new holdings of ET in the event they sell in the future and have to calculate their gain.

ET is a very attractive holding. Although it is always hard to be precise about the numbers of a merged entity until there is a quarter or two of reporting under the new structure, some assumptions can reasonably be made based on the company's latest earnings report. We will discuss this in detail later.

ET now also owns the important Lake Charles LNG facility, which has obtained FERC approval for natural gas exports. This facility will ultimately have the capacity to export very large quantities of LNG capitalizing on a powerful trend in which the United States is becoming a large net exporter of natural gas.

ET also owns the general partner and 48.7% of the limited partner interest in the compressor company USA Compression Partners (USAC), as well as the general partner and 34.5% of the limited partner interest in the downstream company Sunoco LP (SUN). SUN is a downstream company with significant exposure to gasoline stations across the United States. ET's exposure to SUN gives it a more defensive business model. The reason? In case oil prices pull back and stay low for an extended period of time, this could result in reduced oil production in the United States, and therefore, could impact the profitability of Midstream Companies. On the other hand, downstream companies such as SUN could see increased profits in case oil prices decline as gasoline sales increase due to cheaper prices. Lower oil and gasoline prices would increase demand and result in cheaper airline tickets and make travelling by car and planes more affordable.

ET has a number of growth projects underway, and these should produce increasing cash flow in the coming years. It has large-scale exposure to the most prolific drilling areas in the United States, with heavy exposure in the Permian and Bakken areas.

The company is poised for growth, as it is well-diversified and streamlined after the merger.

ET posted recently its earnings report for the period ending September 30, 2018. Investors should remember that it is the product of a merger between ETE and ETP, and that this merger closed recently. Thus, financial comparisons must be adjusted to account for this fact. Fortunately, ET posted supplemental financials containing pro forma financial information for the combination of companies in the merged entity. This allows for a meaningful comparison of past and current performance of the businesses that now constitute the merged entity.

The company has provided detailed information concerning how the supplemental financials were put together, and a review of the methodology that ET used reveals that it has constructed a reasonable comparison allowing an investor to learn how the newly merged entity would have performed in the most recent quarter in comparison with how the same entity would have performed one year earlier. This allows for a trended year-over-year analysis.

It is clear that the company’s growth projects are finally starting to pay off big time.

In this regard, ET announced that it had obtained sufficient commitments to move forward with its Permian Gulf Coast joint venture - a project directly targeted at the growing Permian production area. It also announced that it has obtained approval to start service on two new laterals.

ET reported DCF of $0.53 per share, and the distribution coverage was at 173%. This also provides a valuation for the stock of 6.8 times DCF. For a large and solid company like ET, the stock should be trading at a level equal to at least 10 times DCF, which would suggest a price of $22.20, that would be roughly 47% above its current price. It may take a distribution increase or two to move the stock up to that range, but it is clear that the DCF will provide the capacity for distribution increases in the future. It is important to bear in mind that (as we have confirmed with ET Investor Relations) following the merger, the company will have no IDR obligations, so distribution increases will be less expensive.

Investors should be aware that ET is still an MLP with the attendant K-1 tax issues. It still has a general partner - LE GP LLC - and still operates with a typical MLP structure. However, unlike many MLPs, ET will have no IDR obligations, and we have confirmed this with the company's Investor Relations.

With distribution coverage of 173% and a valuation of just 6.7 times DCF, ET is a "screaming buy". The stock is trading like a "problem" MLP while it is actually a large, stable, well-diversified company paying a very attractive distribution, with plenty of DCF capacity to increase that distribution in coming years. The growth projects of ET are clearly starting to kick in and show up on the company's bottom line. It is one of our strongest recommendations and the safest +8% dividend stock to own. ET has enormous upside potential and can be considered by conservative income investors.

A note about diversification: To achieve an overall yield of 9-10% and optimal level of diversification, at High Dividend Opportunities we recommend a maximum allocation of 2-3% of the portfolio to individual high-yield stocks like ET and a maximum of 5% allocation to high-yield exchange-traded products (such as ETFs, ETNs, and CEFs). For investors who depend on the income, diversification usually results in more stable dividends, mitigates downside risk, and reduces the overall volatility of your portfolio.

If you enjoyed this article and wish to receive our latest research in high-yield space, please click "Follow" next to my name at the top of this article.

About High Dividend Opportunities: We are the largest community of income investors and retirees with over 1600 members. We provide a comprehensive service, ranked #1, dedicated to high-yield securities trading at attractive valuations: Overall target yield of 9-10%. Subscription includes:

If you are looking for the most profitable high-dividend ideas, you have come to the right place. For more info, please click HERE. 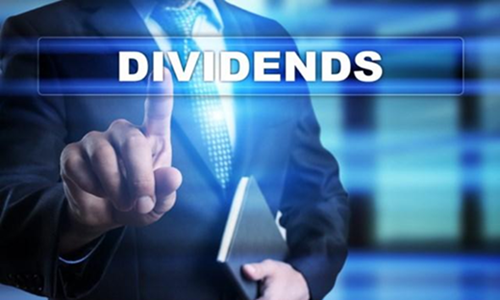 Disclosure: I am/we are long ET. I wrote this article myself, and it expresses my own opinions. I am not receiving compensation for it (other than from Seeking Alpha). I have no business relationship with any company whose stock is mentioned in this article.