The yield curve-specifically, the spread between 3- and 5-year Treasury yields-has inverted. This has bearish implications since it shows that large investors are now shifting their demand from short-term debt to long-term debt in the belief that rates are headed lower and the economy will weaken.

The yield curve is a chart of yields on Treasuries or fixed-income securities as you move from shorter to longer-term instruments. Typically, investors demand a larger premium for lending capital over longer periods of time due to increased time risk, which is why long-term debt instruments, like the 10-year Treasury, will have a higher yield than something that matures in two years. When this is the case, you get an upward sloping or "normal" yield curve, as shown below. 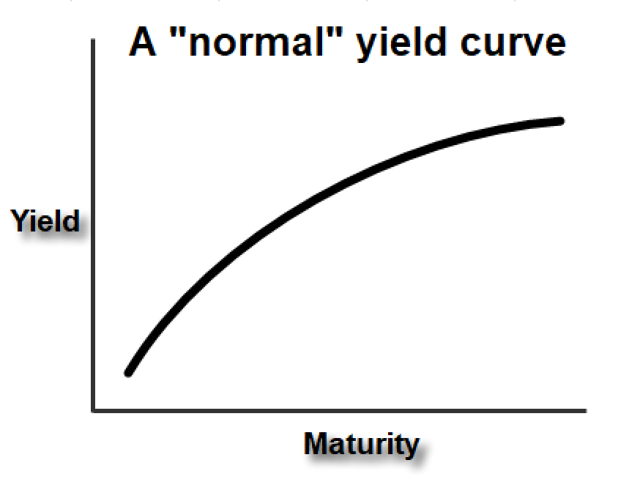 If you listen to the Financial Sense podcast, the yield curve has been a popular topic all year long. My flatter-than-a-pancake discussion has mainly focused on the difference between the 2- and 10-year maturities of Treasury notes. However, if you look at the chart below, it shows this spread has been narrowing for years and has been a hot topic as the Federal Reserve Bank has been pushing the Federal Funds rate higher every quarter in its gradual pace to raise rates. That spread has dropped into the teens this week and, as I write, sits at only 10 basis points. To put things into perspective, it finished Friday last week at 21 basis points. From 21 to 10 in two days-that's a big move.

Tuesday, the Treasury market closed with the five year Treasury yield at 2.79 percent, two basis points below the three-year Treasury; therefore, inverting the yield curve for the first time at that segment of the curve. The U.S. equity markets were taken back by the action Tuesday in the Treasury market with a drop of more than three percent for the S&P 500 as well as the Dow Jones Industrial Average. Weakness was across the board with only S&P 500 utilities closing on a positive note. The worst of the damage was found in the financials who are highly sensitive to interest rates. DoubleLine CEO Jeffrey Gundlach believes the inversion is a signal the "economy is poised to weaken".

President Trump's tweet on Tuesday, "I am a Tariff Man…", didn't help either as much of the rally Monday was attributed to the agreement over the weekend during the G-20 meeting for a tariff cease fire between the Chinese and the U.S. Investors have been starving for positive progress on trade since the trade war began in the first quarter. The positive development between the two nations came on the heels of dovish comments from Fed Chairman Jerome Powell that the Fed Funds Rate is "just below neutral." So, flaunting he's a 'tariff man' seems to undercut some of the progress he made over the weekend and stirred fears the agreement was just superficial. 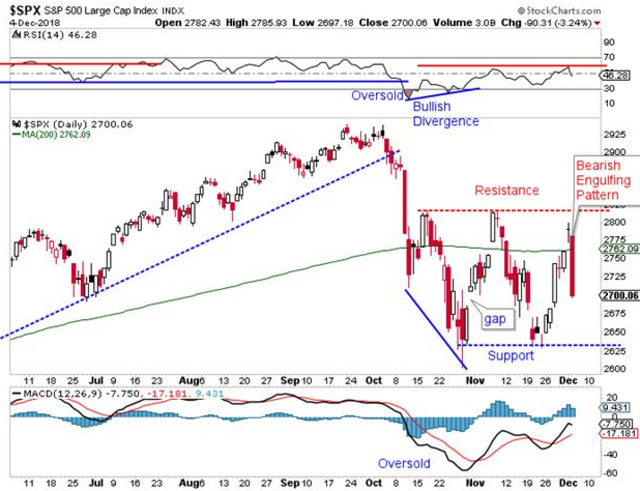 Past performance is no guarantee of future results. All indexes are unmanaged and cannot be invested into directly.

The bigger concern than tweets will continue to be the communication the credit markets are sending the rest of the world with a partial inversion of the yield curve. This isn't a full inversion yet where the curve is downward sloping as in September of 2000 or November of 2006. But it is definitely a step in that direction.

If you'd like to learn more about the yield curve and its implications, I wrote an article in 2013 called Follow the Curve that discussed what happens when the yield curve inverts and its association with predicting recessions: on average 12 months before they happen.