Raia Drogasil (OTCPK:RADLY, OTC:RAIAF, OTC:RAIDF) is the largest operator of pharmaceuticals in Brazil. The company has been growing by opening new stores. The aging Brazilian population and the fact that Raia has so much room to grow could portend good things for the stock. 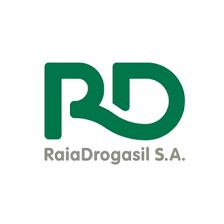 Raia Drogasil operates under these two names (separately) and also RD and Farmasil only in Brazil. It has 1,768 locations. Revenues and locations have been growing lockstep for years. I don't see a negative year for revenues or store openings going back to 2002. The Pires family owns 12.3% of shares and the Pipponzi family 10.6%.

Looking at a map of where Drogasil has locations, there is plenty of room to grow. As an example, there are only 127 stores in the state of Rio de Janeiro. This state not only includes a city of 6.32 million, but also a very large area that includes many other cities. Brazil has a total population of 208.8 million, about 2/3 of the U.S. The elderly population will grow from 16 million to 30 million over the next 15 years in Brazil. This should portend good things for Raia.

I've been at these stores in Brazil. They are tiny by U.S. standards - only about 500 square feet. Nothing like CVS (CVS) or Walgreens (WBA). My guess as to why profit margins are low by U.S. standards is that drug prices are so much lower in Brazil than the U.S. Management plans on opening another 240 stores in FY 2019.

The stock came across my radar when I looked at a shareholder presentation from Mirae Asset Global, a firm that specializes in emerging markets. Mirae likes Raia because of Brazil's aging demographics and because the drug store market is very fragmented, meaning that Raia can grow through M&A. The "R" in Portuguese is pronounced the same as "H" in English. Raia means "streak" in Portuguese. As far as I can see, this is the first article on the company on Seeking Alpha.

An October article from Bloomberg speculates that Amazon (AMZN) (the online retailer not the Brazilian state with the jungle) will enter Brazil's pharmaceutical business. The article noted that if this occurs, Raia will get much more competition. I suppose you should always be leery of Amazon but these locations are so small and so local. In a big city like Sao Paulo, you walk by these stores all day long. Why order online when you can run in and get what you need? There doesn't seem to be much mark-up in drugs in Brazil, so what advantage does Amazon have?

So is the stock a buy? If Raia stopped building new stores and pocketed the cash flow from operations, the free cash flow yield would be 11.4%. That's impressive. Based on a price to last year's sales basis, the stock trades at 42% of sales. I like that. The price to earnings ratio and dividend yield are not cheap, but then again, it's a high-growth stock. I like Raia. I've been to its stores, the Brazilian population is aging, and it's growing gangbusters. I'm going to watch it.

Holmes Osborne
1.6K Followers
Holmes Osborne is the principal of Osborne Global Investments. Holmes holds the Chartered Financial Analyst designation and a degree in finance from Syracuse University. He has been featured in the Wall Street Journal, Fortune Magazine, and Investors' Business Daily. Holmes has written financial columns for Seeking Alpha, the Motley Fool, theStreet.com, Gurufous, and several other publications.  Osborne Global focuses on fixed income, value investing, and international stocks.  Holmes is the father to two daughters, Adelaide and Emily.
Follow