The Fed's decision to maintain gradual increases in the interest rate has caused the market to enter a prolonged downtrend. The falls in the market prices recorded during October continued throughout November, with the technology and energy sectors being the most affected. However, one of the most resistant industries despite this uncertain environment has been the Software industry, which still maintains an increase of 17% YTD.

Although the software companies have also suffered a contraction in their prices during this bear market, we see that this has been mitigated thanks to the expectations that have been generated around trends such as the cloud, Software-as-a-Service models (SaaS), and the digital transformation. The fears transferred from the technology sector to the software industry have begun to dissipate recently; after Salesforce Inc. (NYSE: CRM) increased its revenue expectations for its fiscal year, and Nutanix (NASDAQ: NTNX) improved its gross margins all over the year, the cloud software companies have seen favorable moves in the price of their shares, recovering part of the recent falls.

As a result of continued growth in the software industry, most analysts have maintained their buy recommendation for many of these companies. In the case of Adobe Systems Inc. (NASDAQ: NASDAQ:ADBE), analysts have even increased their price target after reviewing the company's online shopping predictions for the rest of the year. We see that after the contraction in the price of Adobe the stock seems particularly attractive. This is especially true considering that revenues have maintained a growth rate above 20% and the EPS have sustained a significant increase over the past three years.

Adobe's strengths are not limited to its financial results. The transformation of its software offer towards applications in the cloud, added to a SaaS business model, has turned the company into the undisputed leader in the content creation space, and one of the favorite selections in the industry. (To learn more you can read our software industry review.)

Although the recent recovery in the price of Adobe may dissuade some investors looking for a better entry point, we believe that the company occupies a privileged position towards next year. 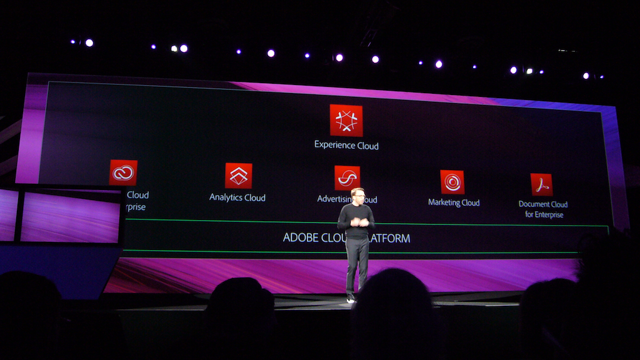 After the proliferation of social media, the budgets of digital marketing by companies have grown exponentially. Companies not only allocate more resources to their digital campaigns, but also invest more and more in content creation. This trend has provided an important growth opportunity for Adobe over recent years, where its applications have not only helped large companies to create visual content, but also small design agencies and freelancers.

With the launch of its Creative Cloud offer, Adobe migrated its entire range of creative products such as Photoshop, Illustrator, InDesign, and Premiere towards the cloud. This new package not only allowed users to easily access this applications across multiple platforms but also offered them a more affordable price that increased the penetration of Adobe’s end markets. The adoption of these applications has been such that the term "Photoshop" has become a reference for the editing of images in the social collective.

Adobe has been able to identify this transition to digital media on time and has expanded its product portfolio through M&A. The trend of companies to find better ways to attract and retain their clients with marketing experiences that are coherent and personalized is generating new opportunities for growth. The Experience Cloud segment, which includes the Marketing Cloud, Analytics Cloud, and Advertising Cloud products, helps Adobe’s customers create specific digital marketing campaigns.

It is expected that this segment will continue to expand rapidly as a larger budget is allocated to digital media, as opposed to traditional media. However, we also see that Adobe faces more competition in this area as the prospects of this market attract more participants. We believe that Salesforce offers are the most significant and notorious, as their Einstein Analytics and Marketing Cloud applications are also showing rapid growth.

Despite this, we estimate that the digital marketing market still has room to expand given the early phase it is in. This stage is marked by strategies focused on cross selling and upselling, so we still do not see friction between the offers of Adobe and Salesforce that makes us think that growth in this segment will reduce its pace in the medium term.

Source: Data extracted from filings from the SEC.

Although larger companies such as SAP AG (NYSE: SAP) and Oracle Corp. (NYSE: ORCL) have also ventured into the digital marketing space, we see that Adobe's Experience Cloud offering and Salesforce applications have quickly positioned themselves as the preferred choice among small and medium-sized companies, while adding more large clients. We see that both companies are pure players within this space, which has quickly positioned them as market leaders.

Adobe Position In The Industry

Looking at the sub-industry of application software, it is found that most of these companies have easily maintained a double-digit growth thanks to the secular trends of SaaS models and cloud offerings. For its part, Adobe has managed to maintain a CAGR above 20% in the last three years thanks to organic growth from its Digital Media segment, and more recently Digital Marketing, while continuing to increase its portfolio of applications through M&A.

Additionally, we estimate that the early migration of its creative products to the cloud has allowed Adobe to expand its margins while reducing the sensitivity and cyclical nature of its revenues. Its Creative Cloud offer has almost monopolistic qualities thanks to a significant network effect and its high switching cost, which has allowed the management to maintain a cost structure well below the industry average.

This operational efficiency has not only resulted in a steady growth in the net income, but also in a significant increase in the free cash flow, allowing the executives to maintain a share repurchase program that by 2018 amounted to $8 billion. We see that the company offers a value well above the rest of the industry thanks to its robust FCF, which gives it the ability to continue with its growth strategies while actively returning capital to investors. 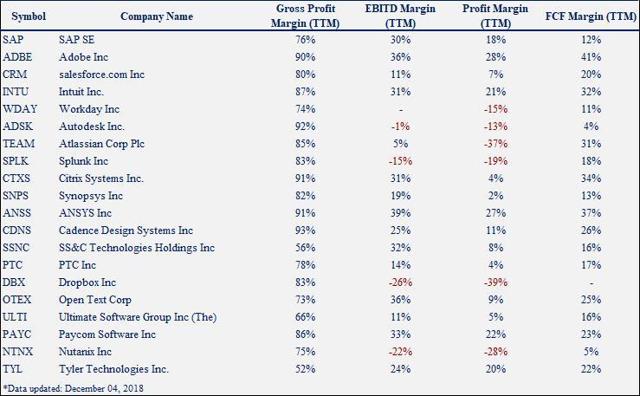 In general, the capacity of the business model to generate a positive FCF, added to the competitive advantages of Adobe applications, positions the company as one of the best in the software industry. The company has several growth drivers that make it attractive for the long term, while executives continue to consolidate their new offers in the medium term.

Added to this, the fundamental data show a robust company that offers a value much higher than its current price. We see that the current environment of uncertainty that prevails in the market has created a valuable opportunity for long-term investors to increase their position. In the same way, despite the recent recovery in the price, we estimate that the shares still have enough room to continue appreciating both in the medium and long term.

Compass Equity Research
477 Followers
Just as the compass served as a guide for pioneers in their journeys to unexplored places, we will help you in your search for stocks not covered by analysts. We specialize in small and mid-cap companies, providing unbiased analysis that will help you make smarter decisions.If you have a personal request, please contact me on Twitter: @jorgeacrisio
Follow