The U.S. International Trade in Goods and Services, also known as the FT-900, is published monthly by the Bureau of Economic Analysis with data going back to 1992. The monthly reports include revisions that go back several months. This report details U.S. exports and imports of goods and services.

The Bretton Woods agreement, which established a stable foreign currency exchange system collapsed in 1971 and as a result, currency values began to float freely and the US dollar was no longer tied to gold values. Since 1976, the United States has had an annual negative trade deficit. The International Monetary Fund and the International Bank for Reconstruction and Development (the original World Bank which is still in existence) came out of the Bretton Woods agreement.

Here is an excerpt from the latest report:

Thursday's headline number of -55.49B was worse than the Investing.com forecast of -55.20B. This series tends to be extremely volatile, so we include a six-month moving average. 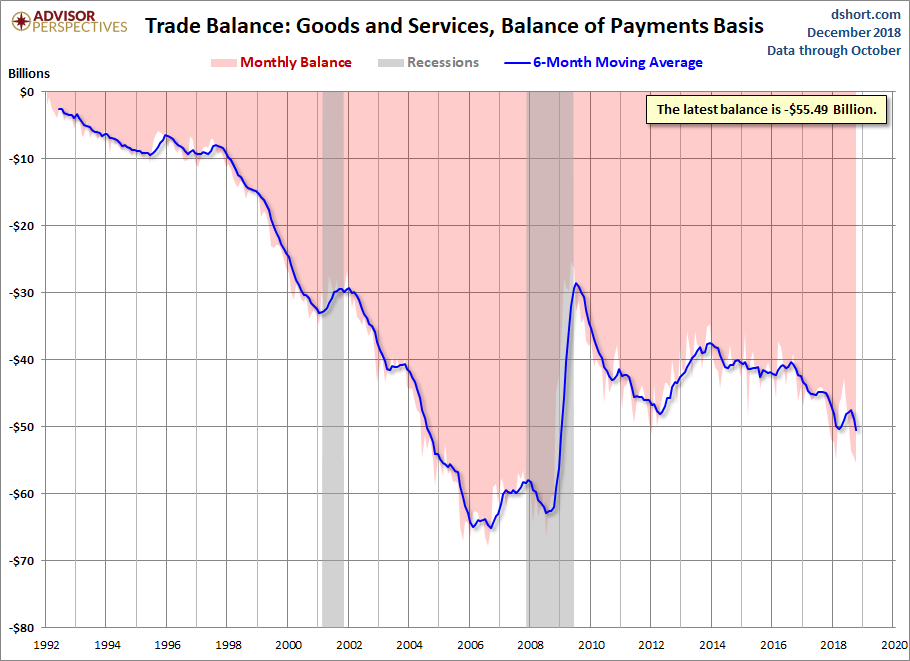 Here is a snapshot that gives a better sense of the extreme volatility of this indicator. 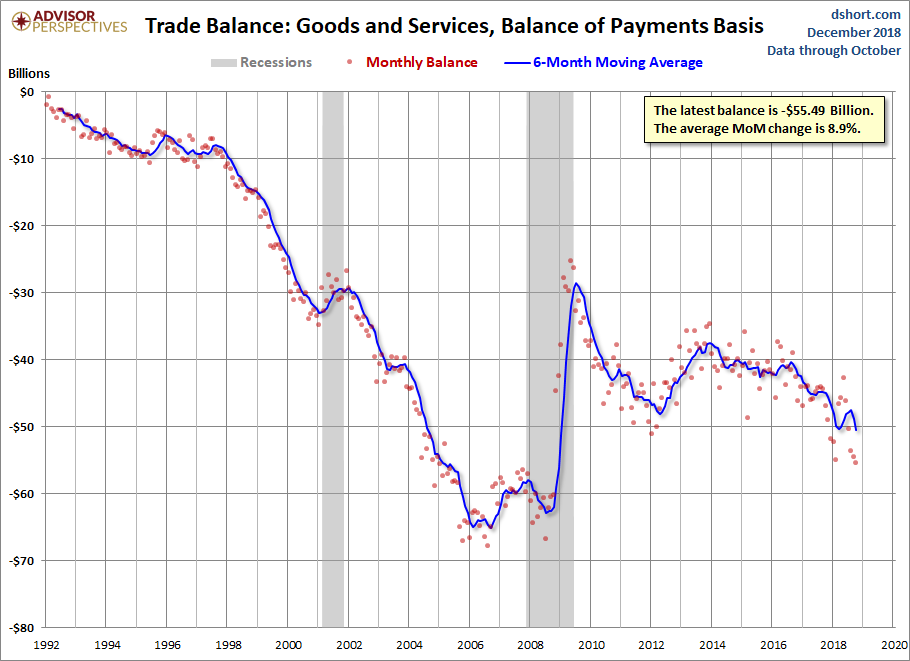