A reliable source for recession forecasting is the unemployment rate, which can provide signals for the beginning and end of recessions (Appendix B charts the UER recession indicator for the period 1948 to 2015). The unemployment rate model (article link) updated with the November 2018 rate of 3.7% does not signal a recession. 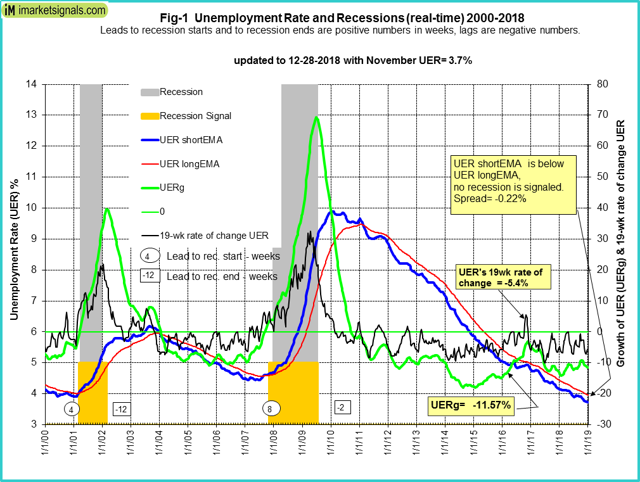 Based on the historic patterns of the unemployment rate indicators prior to recessions, one can reasonably conclude that the U.S. economy is not likely to go into recession any time soon. 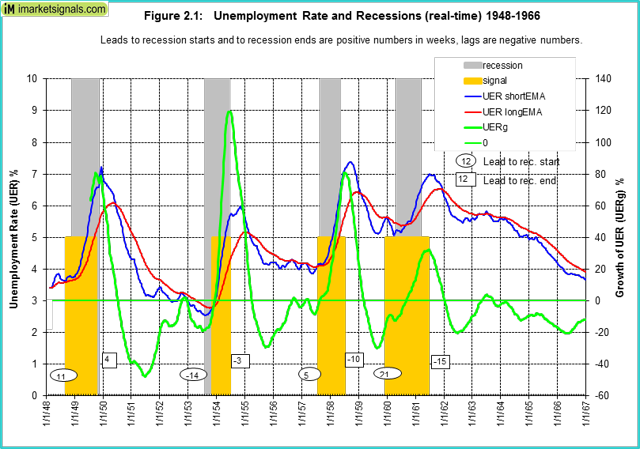 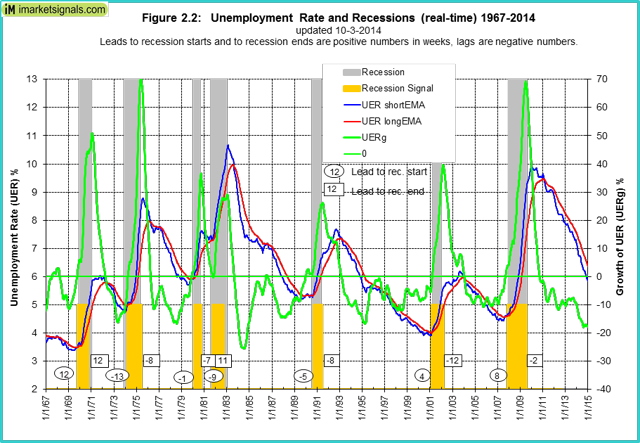