While the current cycle of declining interest rates has been running for at least 25 years, the most recent iteration of the period has been exceptionally benign. Since the end of the global financial crisis, corporate and, to a greater extent government, borrowing costs have run at the levels close to, or even below, those observed in the 1950s-1960s. 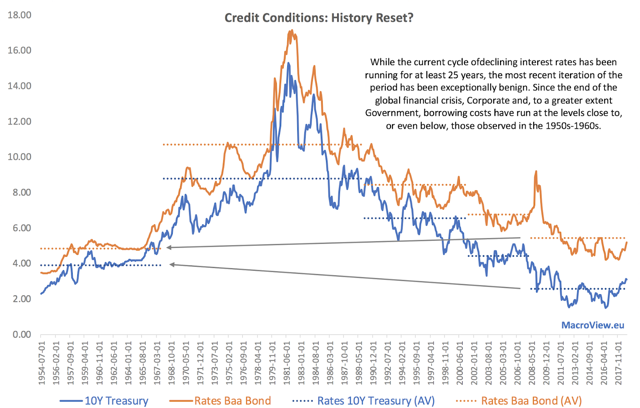 Since 2002-2003, FFR, on average, has been below the risk premium on lending to the government and corporates. This has changed in 4Q 2017 when Treasuries' risk premium fell below the FFR and stayed there since. In simple terms, it pays to use monetary policy to leverage the economy.

Not surprisingly, the role of debt in funding economic growth has increased. 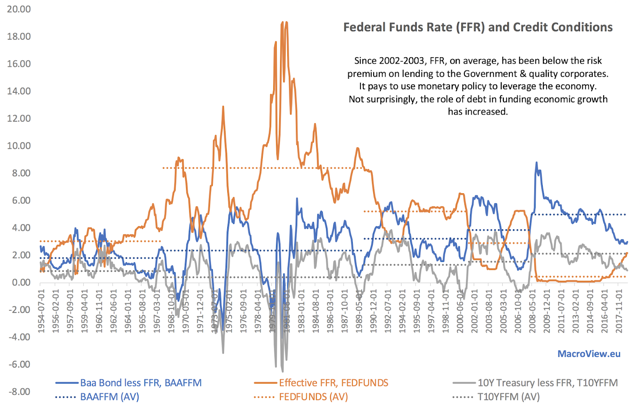 And, as the last chart below shows, the relationship between policy rates (Federal Funds Rate) and government and corporate debt costs has been deteriorating since the start of the Millennium, especially for corporate debt: 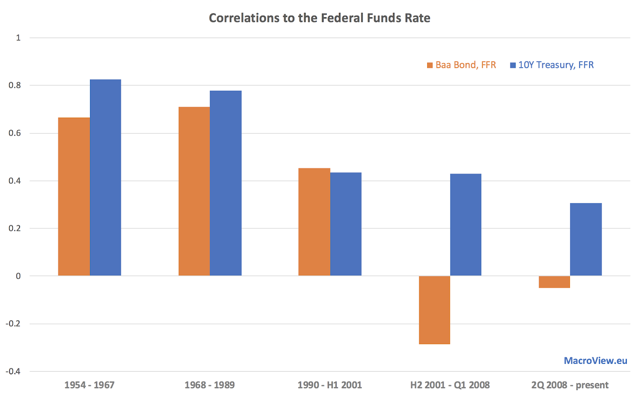 Constantin Gurdgiev
1.05K Followers
I lecture in Finance in Trinity College, Dublin and at Monterey Institute for International Studies (California) and hold a number of non-Executive and advisory positions. I am research-active in macroeconomics and finance, as well as economic policy analysis and my academic record can be found on the designated section of my blog http://trueeconomics.blogspot.com/. In the past, I served as the Head of Research and Partner with St Columbanus AG, Head of Macroeconomics (Institute for Business Value, IBM), Director of Research (NCB Stockbrokers), Group Editor and Director (Business and Finance Publications). All opinions expressed are my own and do not reflect the views or positions of any of my past, present or future employers. Potential conflicts of interest are highlighted in the posts wherever I can reasonably foresee such arising.
Follow
2 Comments
To ensure this doesn’t happen in the future, please enable Javascript and cookies in your browser.
Is this happening to you frequently? Please report it on our feedback forum.
If you have an ad-blocker enabled you may be blocked from proceeding. Please disable your ad-blocker and refresh.