Two key aspects around my investment decision framework are: Does the company have a strong competitive advantage, and does it have a reasonable valuation? Hanesbrands (NYSE:HBI) doesn't have either in my opinion. A deleverage story is great, while collecting some dividends along the way, but at the current enterprise value the free cash flow yield isn't attractive. In addition, strong brand awareness has its difficulties as a competitive advantage in today's online environment.

Hanesbrands is a leading global manufacturer that markets and distributes innerwear and activewear apparel.

The business was spun out of Sara Lee Corp back in 2006 with $2.6 billion in debt. Over the last 5 years the company has been on an acquisition spree and reason for the ballooning debt balance.

70% of the apparel that is sold is manufactured in-house through 52 operational plants and other contractors.

Brand strength or brand awareness is my least favorite competitive advantage. This is especially true in a commodity business like underwear and bras. Hanes established their moat through what I call a disciplinary moat. I've discussed this at length here. Basically, it means the company has been able to control consumer behavior within a closed system. Self-space was key before e-commerce and Hanes controlled a lot of this prime real estate in big box stores. As such, limiting their competition and creating a habit.

The internet has changed this dynamic. It has empowered the consumer through product evaluation and alternatives. Internet distribution channels allow smaller players to compete on a national level. Business models are evolving making this space more dynamic. Just from a quick search there are many subscription-based underwear offerings that are competing directly with Hanesbrands. This model has disrupted many other retail products. Look at what Dollar Shave club did with the razor business - 20 years ago this wouldn't have been possible. Underwear and socks are perfect items for shipping as they can't break; making it a perfect product to sell direct to consumers. The subscription-based model might not take away huge market share from Hanes, but, what it will do is allow consumers to discover other brands. As such, chipping away at the heart of its competitive advantage of brand awareness.

All this M&A activity domestically and internationally has enlarged the capital base. Exhibit 2 shows that total capital has almost double in the last 5 years. A good quantitative method for determining if a moat is present is by looking at a company's return on invested capital. Using a static tax rate, the ROIC has slowly been declining over the last 5 years. As such, displaying that new investment returns are producing less than old legacy capital invested. Integration costs could still be masking of some of the profitability of the business, but a good portion of the capital invested was in 2016 or before.

Free cash flows have been $500-$600 million the last few years. Taking the mid-point at $550 million and dividing it by the enterprise value of $9.5 billion equates to a 6% yield. This is hardly an attractive yield for a business that will have to allocate cash for paying a significant amount of debt down in the coming years. Some debt will have to be refinanced at higher rates increasing interest expense.

Still, paying down debt lowers the enterprise value creating a higher yield for investors, but the starting cash flow yield is not attractive enough. With multiple concerns over the business I would prefer to purchase shares closer to a 10% yield; equating roughly to a $5 per share price. Showing a large disparity between current market price and my fair value.

All investments have a give and take with a probability assigned to them. I see a low probability of any meaningful growth in free cash flow in the near term as shelf space is shrinking. Roughly 11% or 1,250 of its physical stores that carried their apparel closed from 2014-2017. Other larger big box stores that carry their apparel are struggling also, which corresponds to less of a need to hold inventory. There are too many headwinds near term to find the valuation attractive.

It’s hard imagining Hanesbrands will continue to dominate the innerwear market in a digital world. We've already started to see data points of this with a slow decline in U.S. sales for this category. In addition, internet marketing channels have enhanced returns on investment, where smaller players can reach the right target audience for a significantly less amount of marketing money. Shelf-space is unlimited on the internet neutralizing distribution advantages, and I still don't see the valuation factoring these risks in. I prefer to invest in businesses with a 6% cash flow yield with wind at their back. 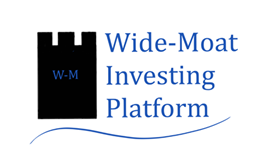 Before committing to the service on a long-term basis, take advantage of the two-week free trial.

Eric Nickolaison
2.04K Followers
Trying to find durable castles in a competitive time against the algos. Moats are what I look for and they come in all different shapes and sizes.Disclaimer: This is not investment advice and the author is not an investment advisor. Investors should do their own due diligence.
Follow