As noted in last week’s WTI Weekly, the primary expectation for this week was for key support, 49.41s, to hold. Our primary expectation played out as price discovery higher developed early week, achieving the stopping point high, 54.55s, where buyers trapped and rotation lower toward key support developed, achieving a stopping point, 50.01s, as sellers trapped late Thursday ahead of the OPEC announcement. Rotation back through the range developed during Friday to 54.22s, closing at 52.53s. 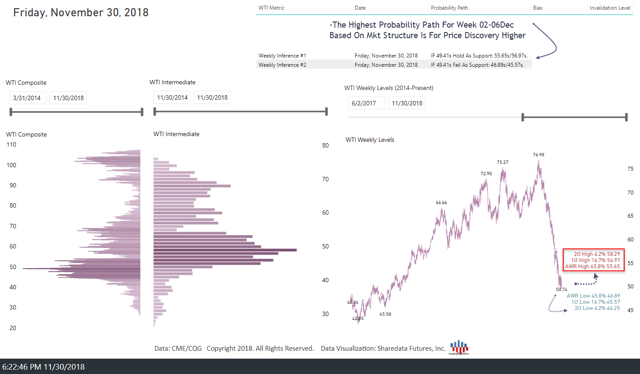 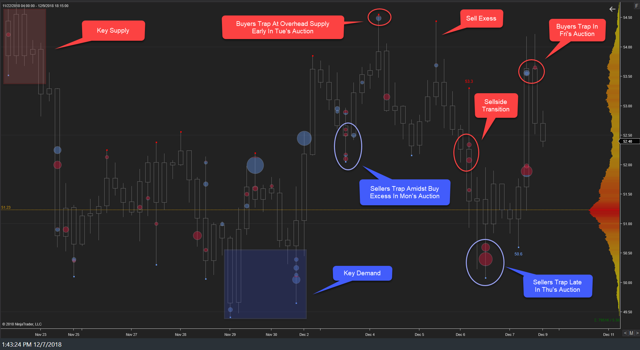 Looking ahead, there is now evidence of a structural stopping point low and subsequent balance development. The two-week development of balance continues to mature. A high-volume node develops (47.5k contracts) at 51.23s. This consensus and the maturation of the balance will result in the next directional phase of inventory adjustment. Given the amplitude of the initial corrective phase from the high (approximately -35% as of this writing) and stopping point low development, the primary expectation remains in a buy-side bias near-term (2-4 weeks). 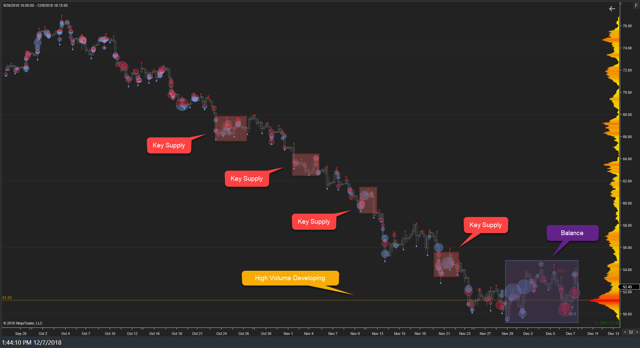 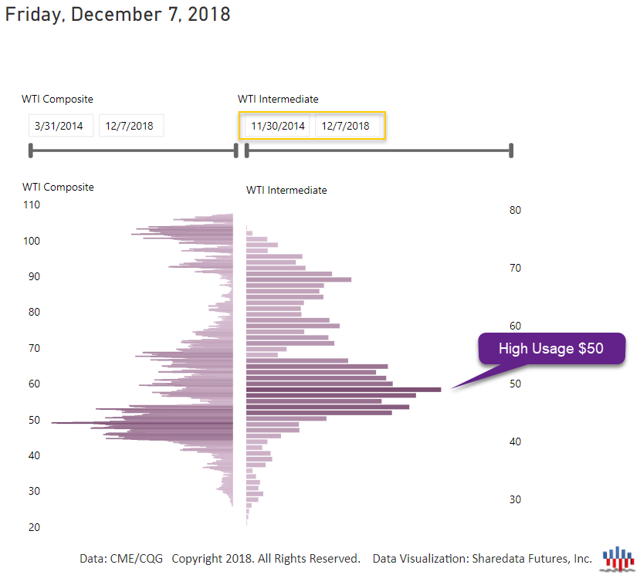 Due to the US holiday on Wednesday, 05 December, this week’s CFTC data release is delayed until next week. It is worth noting that based on the Commitments of Traders report, Open Interest (OI) increased modestly (2.9mil contracts) as the deleveraging trend within the WTI market since late August 2018 has paused. Additionally, the Managed Money (MM) net long position which peaked in January 2018 at 495k contracts increased to 155k contracts, the lowest MM net long posture since September 2017. MM short posture declined (-77k contracts). The MM short posture trend higher has paused now in confluence with MM long posture decline also pausing. Without increasing MM long posture and substantially higher MM short posture, the market will struggle to develop a structural low. The market now trades into the period where seasonal lows are developed. Though the intermediate term context remains sell-side, there is the potential for support to develop around the long-term high usage area, $50/bbl, based on the market generated data. 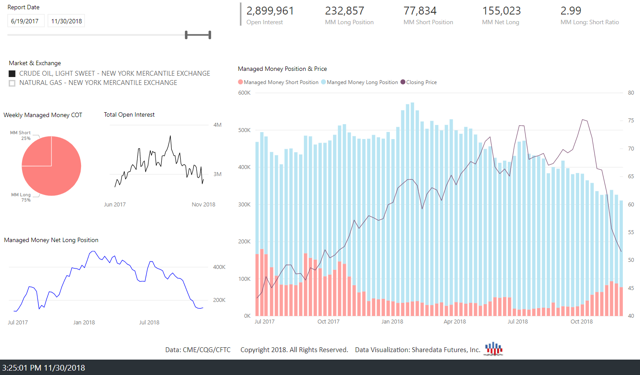