Cibus (NASDAQ:CBUS) is reporting negative operating losses after operating for 17 years, which is not ideal and should worry investors. In addition, the use of proceeds from the IPO will serve to pay existing shareholders, which is another detrimental feature. In addition, the company will not finish the design of new products until 2020. Investors may not see stock catalysts until this date. Finally, the company was incorporated in Cayman, wherein protection of shareholders is not that high. To sum up, the company does not seem a buy.

San Diego-headquartered and founded in 2001, Cibus Ltd. is a biotechnology company developing plant traits for the global seed industry with advanced technologies. 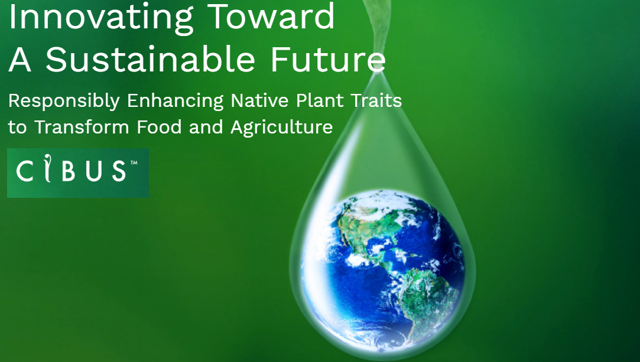 The company’s most relevant system is its highly differentiated gene-editing technology, named Rapid Trait Development System. This technology allows CBUS to introduce value-enhancing traits into plants and microorganisms. The fact that CBUS can modify plant genes without changing the recombinant DNA is the most interesting feature. It seems to be competitive advantage over other companies developing plant traits.

What are some of the advantages offered by CBUS? The company’s gene-editing technology can, for instance, increase crop yields for farmers and offer low cost production systems maintaining the characteristics in plants. The lines below provide further details on this matter:

“Our gene-editing approach accelerates the processes that underlie natural breeding and provides a versatile and low-cost means to increase crop yields for farmers, to develop healthier food for consumers, and to reduce waste for a sustainable agricultural ecosystem. We have taken care to responsibly improve characteristics in plants as our trait products are indistinguishable from those that could occur in nature.” Source: Prospectus

CBUS has developed cell models for Canola, Rice, Flax, and Potato. However, it has only been able to commercialize one product in the United States, SU Canola. This fact may not be appreciated by certain growth investors who are only impressed by revenue growth. The table below provides further details on the research performed by CBUS. Note that next significant milestones will be achieved in 2020-2023, which is not ideal. Investors will have to wait a few years until stock catalysts can push up the stock. 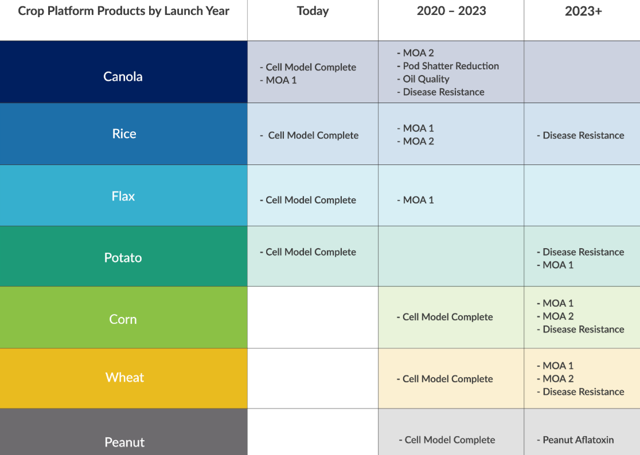 As of October 31, 2018, the company has 134 full-time employees and leases a 53,000 square feet office in San Diego, California. In addition, the company has other facilities in Encinitas, California, and leases other offices in Woodbury, Minnesota, Winnipeg, Canada, and Kapelle, The Netherlands. The lines below and the images provide further details on the office of CBUS in San Diego. Note that Google was able to capture the name of the company in the building:

As of September 30, 2018, CBUS reported a large amount of liquidity. Cash in hand equals $25 million, which represents 74% of the total amount of assets. The image below provides the list of assets:

Investors need to understand very clearly that the most relevant assets are, in fact, not registered in the balance sheet. These are the intangible assets, the patents generated by CBUS. According to the prospectus, the company’s portfolio includes more than 300 patents and applications as shown in the lines below:

A quick search of the company’s subsidiaries in Google Patents shows that CBUS has a number of patents registered. The image below is an example of the due diligence executed:

The amount of liabilities is larger than the total amount of assets, which certain investors may not appreciate. However, 73% of the total amount of liabilities are royalty obligations with related party. This is not financial debt, but the payments that the company needs to make for the use of RTDS technologies. The prospectus reads that CBUS should pay 10% of its revenue over a 30-years period as shown in the lines below:

The amount of payables, equal to $2.8 million, and accrued expenses, equal to $4.3 million, don’t seem worrying at all. Keep in mind that the total amount of cash is sufficient to pay them. The image below provides the list of liabilities:

Like most emerging companies, CBUS financed its operations by selling convertible preferred shares. New shareholders may not appreciate this type of financing as it could create stock dilution. As of September 30, 2018, the total amount of convertibles is shown below:

With that, new shareholders should not fear these convertibles. The prospectus reads that CBUS expects to convert all its convertible preferred shares when the IPO goes live. It seems great for new shareholders. The lines below provide further details regarding other securities that will get converted:

CBUS reported negative operating losses of -$29 million in 2017 and $31 million in 2016. The cost of product sales is not very significant, equal to $1.06 million. However, CBUS needs to expend a large amount of money in selling, general and administrative expenses. These expenses were equal to $13.7 million. It is a bit worrying that this business was created in 2001 and is still not able to report positive gross profit. The image below shows both the revenue line and the losses from operations:

The net losses are even larger. The amount of royalties and interest expenses paid, equal to $5.25 million in 2017 and $4.2 million in 2016, is quite impressive:

Regarding the interest expenses to the related parties, investors will not appreciate that the directors acquired convertible promissory notes and are receiving 5% per annum. The image below provides further details on this matter:

The CFO was equal to -$23 million in 2017 and -$27 million in 2016. With this information in mind and assuming cash in hand of $25 million, the company should run out of cash in less than two years. The cash burn rate seems a bit worrying on this name. The image below provides the cash flow statement: 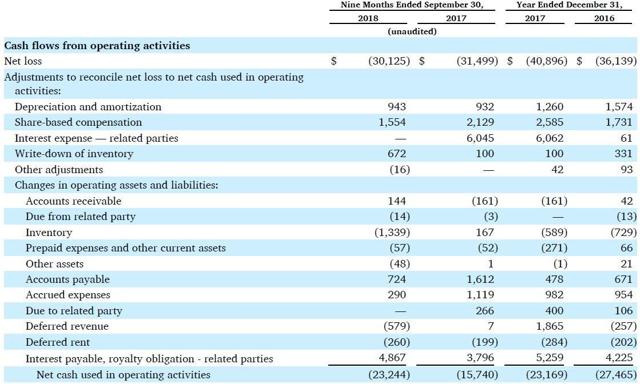 Use Of Proceeds: To Acquire Equity From Certain Investors

The use of proceeds from the IPO will not be appreciated. The company expects to use the money to acquire equity from certain investors and to pay tax obligations. The remainder will be used for research. Investors should not appreciate that existing shareholders are selling equity stakes. The lines below provide further details on this matter:

Board Of Directors Does Not Seem Independent

The prospectus reads that CBUS only has one director that seems to be independent as of today. The company may modify the prospectus before the IPO goes live, so the situation may change. However, with the information in hand, as of today, nothing indicates that the company will have an independent Board of Directors. It is not ideal as the Board of Directors could work to benefit the majority shareholders damaging the interests of minority shareholders. The lines below provide further details on this matter:

The Company Was Incorporated In Bermuda

Investors need to understand very clearly that CBUS was incorporated in Bermuda, where protection is not that significant as the securities laws in Bermuda are not as developed as in the United States. It is a clear risk. With that, judges could enforce actions against the company as the assets are located in the United States.

With the company being founded in 2001, many investors will not appreciate that CBUS is still reporting negative operating losses. In addition, the fact that proceeds from the IPO will serve to pay existing shareholders is another detrimental feature. Finally, investors may need to wait until 2020 to see stock catalysts. Keep in mind that new products will not be developed until this date. With all this in mind, many things need to change on this name to become a buy.